This is footage of the last real Blues game... March 11th in Anaheim, California.  A make-up game after the tragic Jay Bouwmeester incident in early February.  The world then and the world now are almost completely different places!  Think about the amount of mileage that we've put on since that game, its pretty wild and arguably a crazier layoff time than any offseason since 9/11?

Holy jumpin its been a minute huh?  I was at the Blues game in New Jersey on March 6th and remember thinking about how we were on the verge of another potential journey into late Spring and maybe, hopefully another date with summer hockey.  Well we definitely got summer hockey, but I'm not sure this is what I was thinking.  The Blues were humming along at the top of the Western Conference, no longer the scrappy underdogs, but the defending champs coming into the postseason in first place. 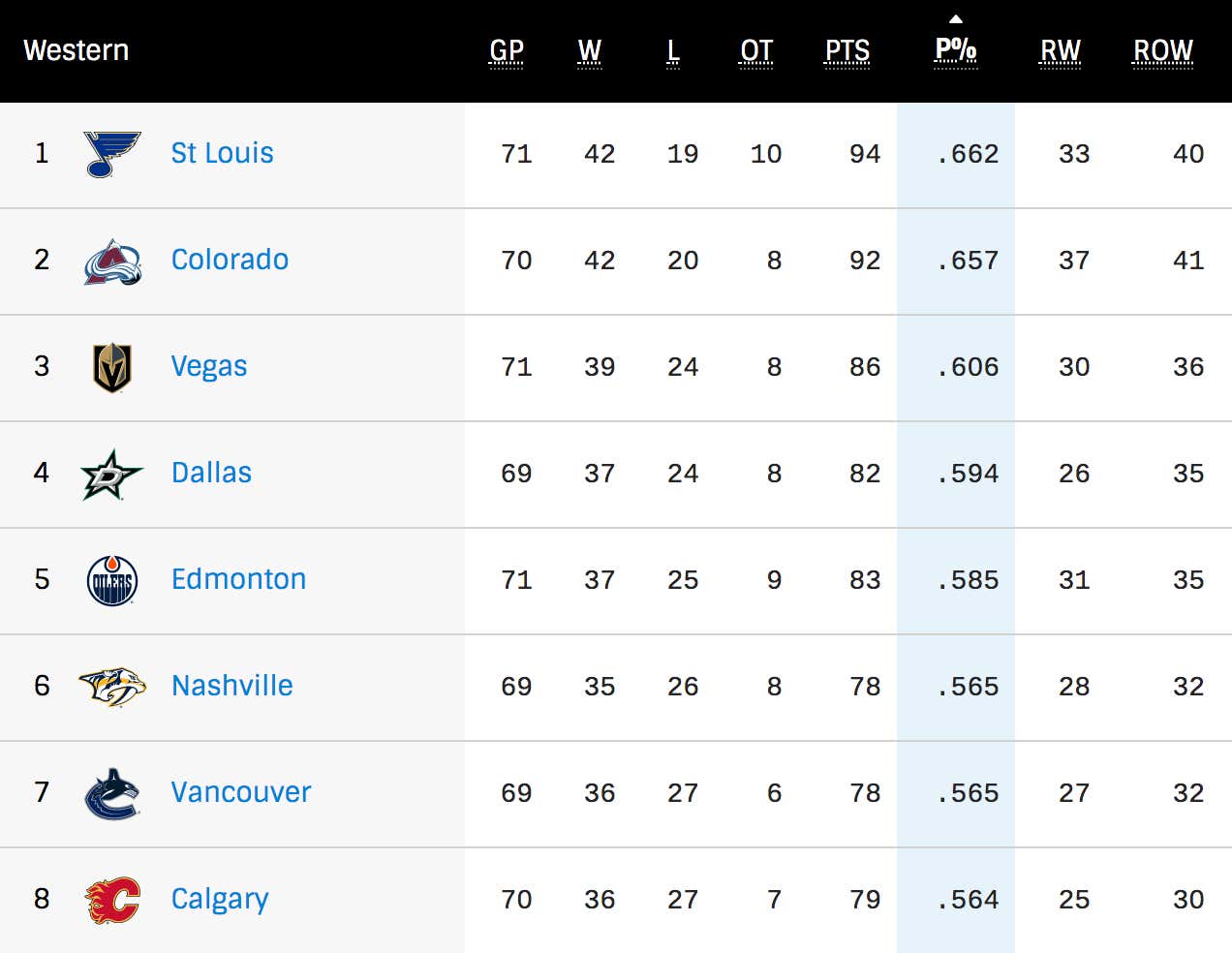 Now?  We are in almost a completely new world.  It isn't very clear what to hope for if you are a Blues fan while watching the "qualifier round".  Trying to gauge what teams will be the most troublesome for the Blues, matchup wise, seems like a complete crapshoot at this point.  Conventional thinking would be that the "good teams" will still mostly be the "good teams" but honestly who is to say?  Every single year before the NHL season, analysts all over think they have it figured out and never do.  Calculate the new free agency moves, draft picks, prospects, and who was good last year and it should be easy right?  Well everyone is almost always pretty wrong.  The last game of the NHL season this past year was in Mid-June and the first game of this current season was in early October.  The COVID break was even longer then that!  How on Earth can anyone accurately know who is still going to be hot or cold?  If there is ever a year that a "12 seed" could make a run to the Cup Final this has to be it.

In yesterday's games, both the Blackhawks and Canadiens looked dangerous, even though on paper the 12 seed would seem extremely lucky for a 1 seed to play in the first round of the playoffs.  A lot can change in the course of a series and those are FAR from over, but the possibility of a #1 seed in the conference facing either a rested Carey Price or the three time cup winning Toews/Kane/Keith trio seems like a pretty shitty reward for the top spot, but that's the playoffs isn't it.  It gets even murkier when you think about the aspect of these qualifier teams getting to create a little magic mojo while winning a "playoff" series, all while their opponent is trying to get the bus rolling from a dead stop after a few "round robin" games.

With all of that being said, I am taking this entire next week and a half with a grain of salt for teams that are already in the First Round.  If the Blues lose every round robin game and face the 5 seed slot, so be it.  If they win every round robin game and play the lowest seed, I genuinely don't think that is a huge indication of what is going to happen in the first round.  These are 24 teams trying to remember how to play hockey after 4 months off in the strangest times of our lives, the only thing that will really last from the games in the next week of action is injuries.

So while it will be extremely easy to overreact to the result of today's matchup against Colorado, good or bad, I think it's more important to watch the team's energy on the forecheck and defense/goalie play vs the final score.  When the Blues were marching through the Spring last year it was a game built on physicality, limiting chances against, and alien-like goaltending from Jordan Binnington.  Even when they lost a game, if they had those characteristics going at full speed, you knew they were going to be OK over the course of the series.  Finding rhythm is going to be crucial in such a short runway before the "real" games start counting towards an advance or elimination, no matter who the opponent ends up being.

I have full confidence in this team and given their ability to perform despite crazy circumstances last year, I'd give them a better chance than anyone to repeat and keep Lord Stanley in St. Louis for an even longer stay.  I'll be going live for close games and giving my full thoughts so make sure to follow along on Twitter or Instagram and let's get the juices flowing folks!!!