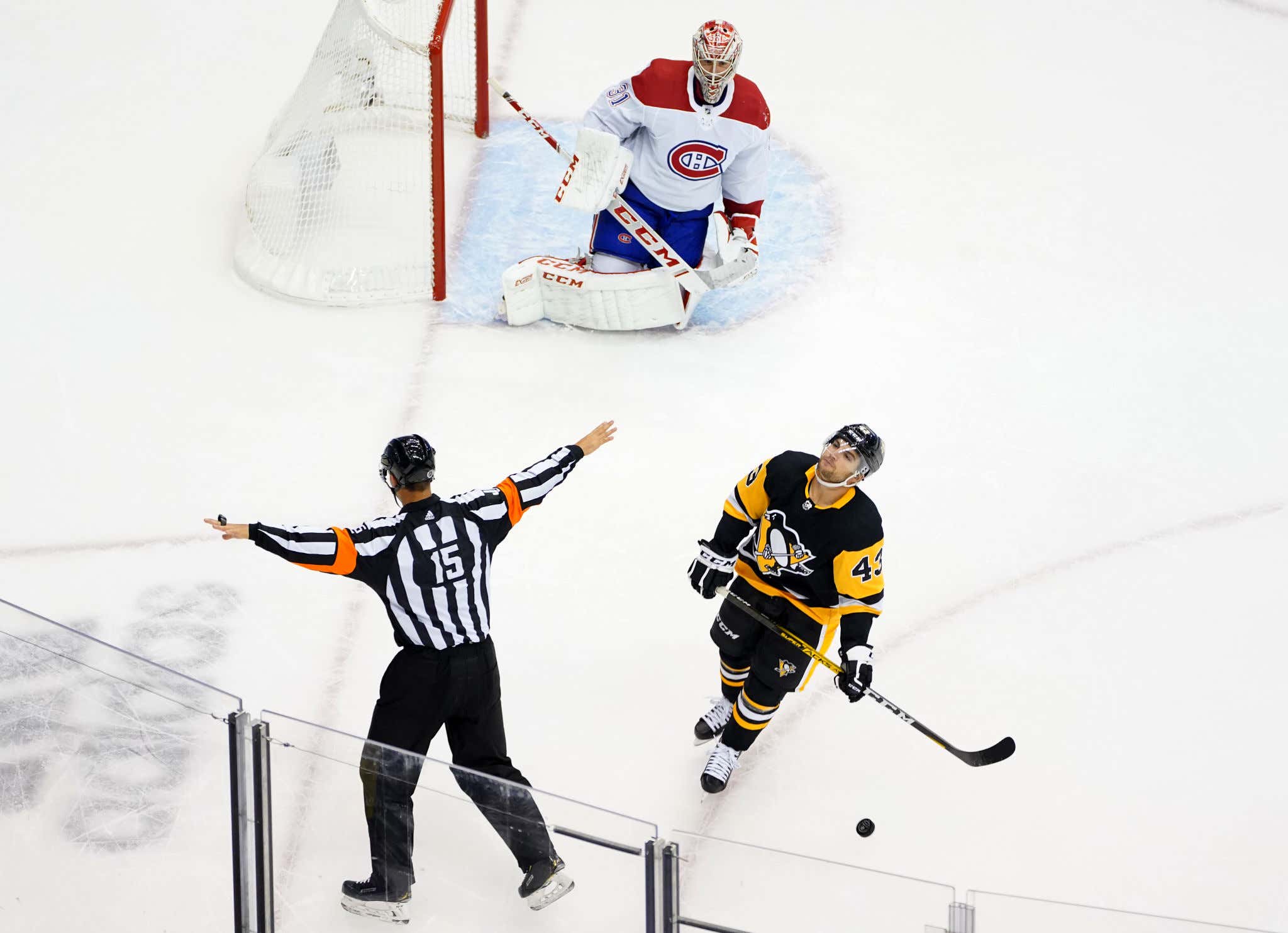 I still don't know if we're calling these the playoffs or playoff qualifiers or what. I know the stats are counting toward playoff stats for the players. But it's still technically a qualifier for the playoffs. So I don't know. All I really do know is that for the first time in 97 years, two teams have combined for 2 penalty shots in a playoff game. And boy oh boy were both of them rough to watch.

First up we had Connor Sheary going up against Matt Murray in a tie game with 3 minutes left in regulation. The Pens had already come back from being down 2-0 so Sheary had the game on his stick. A goal here would have been the dagger in game 1. Tough for the Habs to bounce back from that momentum shift that would have been.

But Carey Price didn't even need to make a save to keep the game alive because Sheary missed the net. Now here's the thing--I didn't think for a single moment that Sheary would be able to put this one away because the man wears #43. There's no sauce at all in that number. A guy who wears #43 will get you some greasy goals on the crease. He'll get you some big time deflections and those ugly bounces that just so happen to make it through to the back of the net. But a penalty shot with the game on the line? Not something that a #43 has in their arsenal. But how about a guy who wears #92?

That's a saucy number. You wear 92 and you know you've got some hands on you. You wear 92 and you grew up your whole life dreaming about taking that penalty shot in overtime. Just practicing it over and over again in the driveway as a kid. Probably didn't go this way in your head, though.

I swear to god if the Penguins lose this series and end up getting the 1st overall pick in the draft just because Connor Sheary couldn't hit the net on a penalty shot, I am going to shoot myself in the dick with a sawed off shotgun. But also, Go Habs. And more importantly, go Flyers. 3pm ET. Boys are going to be confirmed buzzin.