RIP to an entertainment legend, Wilford Brimley. Dead at the age of 85. Personally, I would have guessed he was about 185. I feel like hes been 85 since 1992, when I would see him on just about every commercial during daytime television. The older generation will know him from his actual roles in movies, but for anyone my age, you know him as the King of Commercials. Every time you stayed home from school sick, you'd watch the Price is Right and the People's Court and all that trash TV for old people and you'd see him doing 1 of 2 things:

The man was so memorable and captivating, he was still able to leave his mark on the world while talking about the two most boring things ever - oatmeal and insulin. We didnt realize it at the time, but about 30-something years ago, Wilford Brimley was establishing himself as one of the world's first memes. The perfect level of fame, the perfect level of recognition, and the perfect level of unintentional humor to make sure that he would forever be joked about and remembered. He had a mustache that looked like a walrus while being named Wilford. Thats a little something I like to call "Serendipity," folks. And in perhaps the most unintentionally brilliant stroke of luck, the man just happened to say "diabetes" funny. Wilford Brimley's legend is about 10% Walrus Mustache, 80% Diabeetus. While everyone else on the goddam planet said "die-uh-bee-teez," Wilford sat down in a sweater vest and said "Diabeetus." And the rest, as they say, was history.

What ensued after that run of Diabeetus commercials could be truly be argued as the world's first meme. It was a quirky, unintentionally funny, relatable observation that you could reference and everyone would get it. The phonetic spelling "Diabeetus" was all over the original memes in the big white block letters: 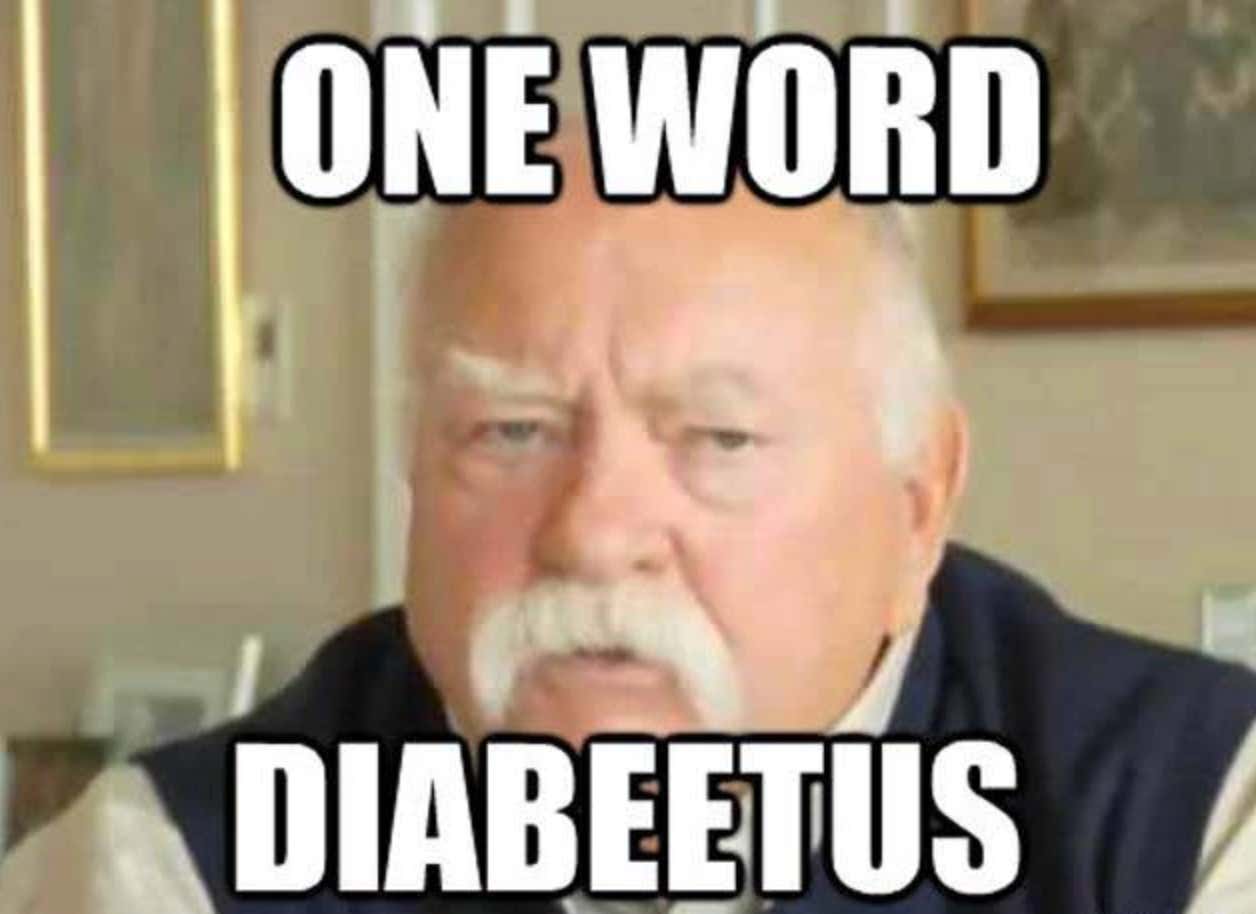 There were remixes to his commercials:

There were Family Guy appearances, which for this generation was the universal symbol you had made it into the pop culture zeitgeist:

Wilford Brimley was just a gentle man, with a kind soul, an unusual name, a kickass mustache, and a funny way of pronouncing words. And when you add that all together, you get an absolute legend. A man that multiple generations would regard as an icon, all for different reasons. Goodnight, sweet prince. May you rest in peace.

PS - I'm sure you're thinking, "KFC you said 10% was Quaker Oats and 80% was Diabeetus…whats the other 10%?" Well I'll tell you what it is, you IDIOTS. You buffoons.You uneducated pigs. Obviously the other 10% was his role as Uncle Douvee in the sensational Jean Cluade Van Damme smash hit "Hard Target." Its an American classic based on the timeless novel "The Most Dangerous Game," about a group of men who hunt humans for sport. Wilford played JCVD's uncle, and helped him in the final showdown with the hunters which gave birth to this moment:

Wilford Brimley, on horseback, carrying a bow and arrow, with hellfire and brimstone raining down behind him. Absolutely fantastic. Its a phenomenal movie, and he plays a phenomenal character. All those action movies involving a "Man On Fire" type atmosphere where its one man who's burning it down and killing tons of fucking people out of principal or revenge always includes one wily old timer. One crafty veteran. He does things old school and honorably and lives by a code by also tears it down and fucks a LOT of people up. That was Wilford as Uncle Douvee down in the bayou.

So yea, he was oatmeal and he was diabeetus. In the 80s he was in The Natural and The Thing and an alien movie called Cocoon. But lest we forget his contributions to Hard Target. It was the cherry on top of his iconic career.