So this video went decently viral considering it's merely a video of a man painting quickly. My man was Quick Draw McGraw with that paint gun and guide saving him likely hours of taping and swearing at himself. But it's 2020. You cannot have a video garner this many views and retweets without a full fledged argument breaking out in the comments beneath. That is just the world in which we live. But the particular comments below this were particularly unsettling and not for the weak hearted. So please, if you suffer from low blood pressure or have had any heart murmurs or diseases within the last few months, please shield your eyes. Consult a physician before you lay witness to the gore and bloodshed from the never-ending Painter v. Electrician War. Do not say I didn't warn you. 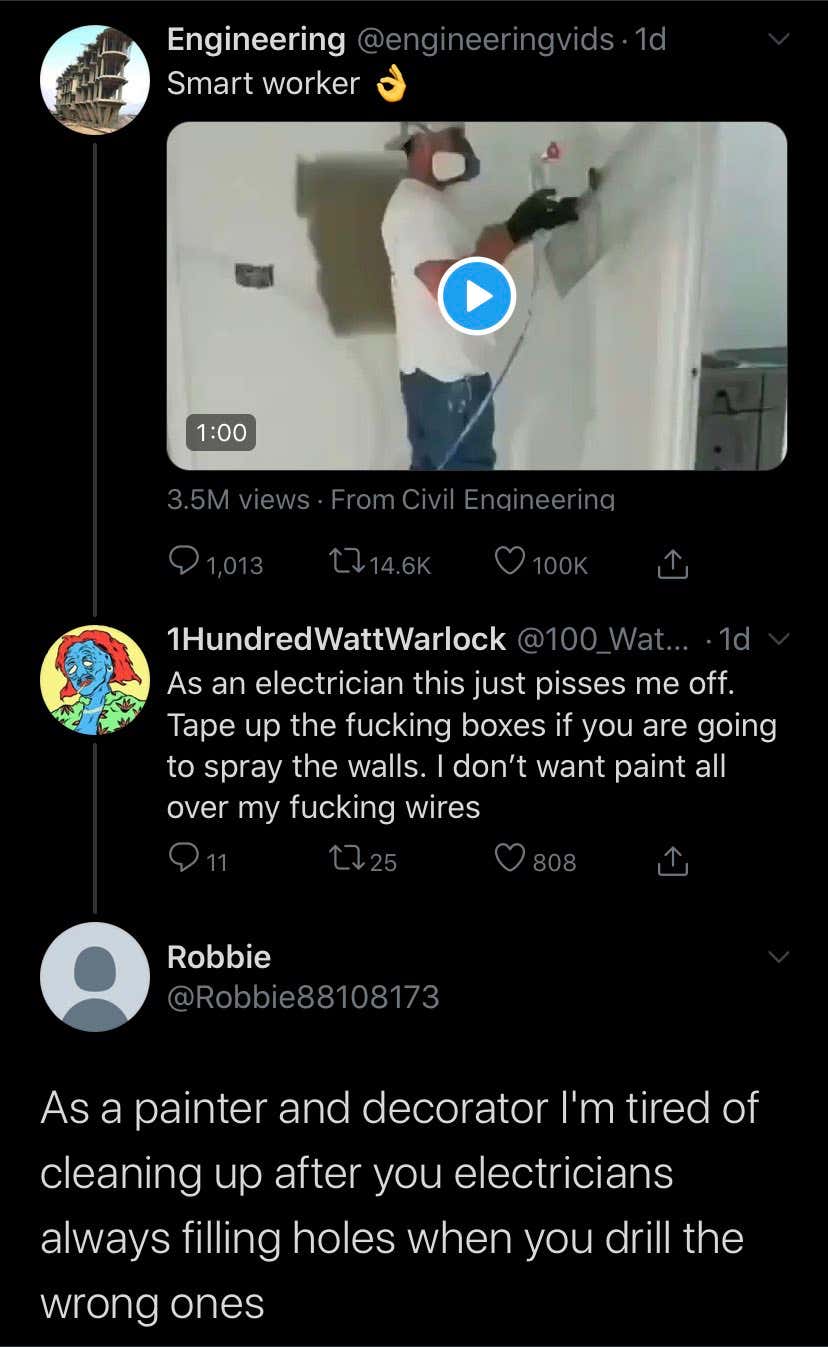 Does civility cease to exist in this realm? What happened to one team, one goal, one heartbeat? Can you build a house without painters? No, no you cannot. Would anyone even consider living in a home without electricity? Most certainly not. So fellas, what's the beef here? This is like linebackers and cornerbacks screaming at one another for missing tackles and not breaking up enough passes. Did we win the game? That's all that should matter here. Get that house up and running and move on to Cincinnati. It seems so simple, but like all the World's ailments I am taking a complex problem with thousands of years of conflict and trying to slap a bandaid on it.

It's a goddamn bloodbath in the construction game! Nobody likes anybody. 25 jobs, 25 taxis at the end of the game. It's borderline a miracle a house ever gets built with these kinds of rivalries playing out in real time 24/7. Cutting unnecessary holes and painting all over wires just to fuck with one another. Every bit of construction gets completed more or less out of spite from what I can gather, and I suppose that is certainly one way to motivate a group of humans. One would think there would be a more amicable, less hostile way but apparently there is not.