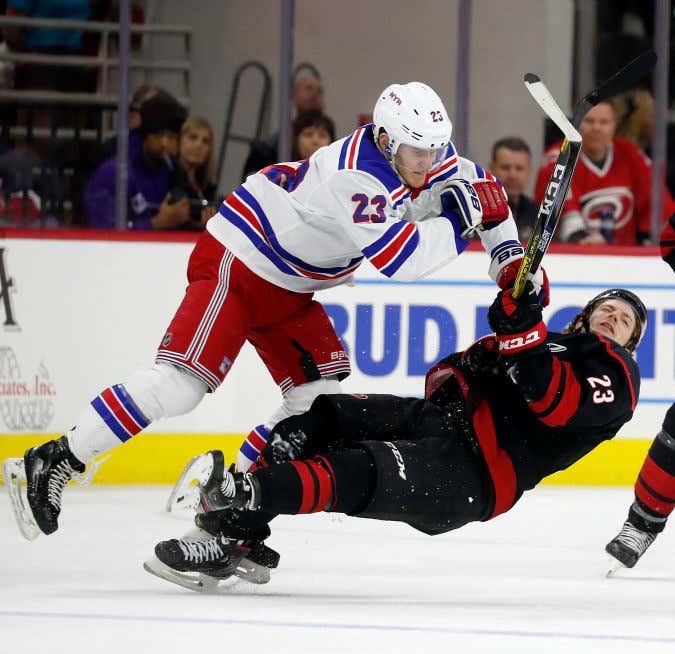 Tomorrow at noon is the official puck drop for an unprecedented NHL postseason and just an insane amount of weekend hockey. Ten games in total to fill every waking minute of your Saturday & Sunday beginning with the opener between the Rangers & Hurricanes. Bear in mind the Canes were one of two teams that voted against this 24-team format because it "gives some of the fringier teams an advantage" - as if they weren't one of six Eastern teams within three points of each other on the playoff bubble. Well it's that kinda attitude that serves them up the one team they didn't wanna see. The NY Rangers.

Forget about the Blueshirts winning all 4 tilts this year and 6 of the last 7, although it's not that easy to do. The bottom line is, since January 7th when Igor Shesterkin made his NHL debut, the Rangers have been one of the best teams in the entire league. The only four teams better than them over that 18-10-1 stretch are all playing round robin games. Even better, when Shesty was actually between the pipes they were an almost unbeatable 10-2 (one loss was his first game back from a busted rib). A .932 save percentage despite seeing 35 pucks per was only bested by Vezina finalist Tuukka Rask and Juuse Saros. Time has allowed the Lundqvist heir to fully heal and give his squad a significant advantage in net over a mediocre Mrazek/Reimer tandem.

It certainly wasn't just Shesterkin though that had the Rangers flying since January. No team buried more goals and only the Oilers power play unit was better. Zibanejad led ALL skaters with 44 points while Panarin was 4th with 40. DeAngelo led ALL defenders with 24 points while Fox was 7th with 20. Sure, over four months off will put a crimp into whatever momentum they had but there's still no questioning the fact that they're one of the most dangerous offenses to defend. Pick your poison between Zib, Breadman or a high-flying right side on the back end. Let's not forget time also gave Chris Kreider the opportunity to return healthy from a broken foot that cost him the last six pre-shutdown games. NY is at full strength and if they can get any contributions from their kids on the third line (Chytil and Kakko looked GREAT in Wednesday's exhibition) they could ruin more than just Carolina's bubble vacation.

Meanwhile, look at the Canes. Mrazek or Reimer? Let them both play together I don't care. Sure their top line of Svech/Aho/Turbo is legit but who's after that? Trochek is a great player but struggled in his new team's 7 post-deadline games. Necas hasn't practiced in a week but did join the boys today. I'm not worried about Mr. Game 7 when A) there's a 5-game max and B) no shot old man Williams comes out guns blazing after such a long layoff. And Carolina's "stacked" blueline corps? Dougie Hamilton is potentially out the entire series along with Brett Pesce. So in step deadline acquisitions Sami Vatanen (who's played exactly zero minutes with the Canes) & former Ranger Brady Skjei who was moved because, well, he kinda sucks. I hope Skjei gives his new squad all the information he can on the system he came from, because it will undoubtedly be incorrect or he'd still be here.

This is gonna be a good series. It won't be a cake walk. But the bottom line is simple - the Candy Canes are just not ready.