Today is the day. The NHL Playoffs have started and thanks to a global pandemic our Chicago Blackhawks get to participate. It is a day for hype. A day for passion. A day where you just have to put your intellect aside and go with your heart. Grab your lucky hat, get the fridge stocked, and do whatever you can to will the Blackhawks to victory. NOBODY is giving the Blackhawks a chance. Nobody.

Everything Whit said is true. Edmonton does have arguably the two best players in the world. They do have a historically great power play. Yes, it's in a bubble, but the bubble is also their barn. Everyone, it seems, is glad to see the Hawks back in the playoffs, but they talk about the team like they're some old beloved dog. A grey beard pup who you love, but will take a shit on the floor(the defense). Here is the thing though...you can never count this team out. They've had moments this year where they look legit. They are fairly healthy. And...they have 19, 88, 2, and 50. When you have that group you always have a chance. There is a path for the Blackhawks to win this series and it starts today.

1) Stay Out Of The Penalty Box

This is an easy one. An obvious one. A statement every team can make and does. Having said that...it is especially true for Chicago. It's hard enough to account for McDavid and Leon when you're playing 5 on 5. It is next to impossible to contain them if you're short-handed. The Oilers have a historically great power-play. They don't need any additional help from the Blackhawks. The Hawks need to be tremendously disciplined in this area which might be a tough ask from what is the youngest team in the bubble tournament.

The Blackhawks had a top 10 PK% in the regular season. That is a hard thing to wrap your head around when you know that the Blackhawks were the WORST defensive team in the league. How can those two truths co-exist? Did the Blackhawks get insanely good goaltending in short handed situations? Why can't their defensive structure translate to 5 on 5 play? The Blackhawks are particularly bad 5 on 5 in the zone. Dead last in cycle chances against. I am not in a place where I want to dive into the reasons why this could happen because the reasons might make me pessimistic and I don't want to do that so instead...stay out of box. Hopefully the refs treat this like a real playoff series and swallow their whistles a bit.

Up and down. Attack them. Make them nervous about pinching, about taking chances in the offensive zone, and cute plays because any turnover is going right back the other way. The Blackhawks have some deficiencies. That's okay. The thing that the Hawks do extremely well is create quality chances in transition. Pressure the puck. Have active sticks. Have guys flying the zone. Try to out-score Edmonton because…they can. Patrick Kane. Jonathan Toews. Debrincat. Kubalik. Strome. Dach. Boqvist. Saad. This team has skill. It has some scoring. So does Edmonton. The Hawks are going to give up goals and quality chances. That's not the end of the world as long as the Hawks are creating almost as much. The reason why the Hawks can play this way…

3) Corey Crawford Has To Be Nails

And he will be. He's done it year in and year out. The reason the Hawks can afford to trade chances is because the Blackhawks have a top 10 goalie and the Oilers have Koskinen and Mike Smith. It's an area where the Blackhawks have a CLEAR advantage. Crawford will have to be great. If he is the Corey we all know and have seen the last 5 years then Kane will do his part at the other end. He has to be on for the Hawks to make this a series and I think he will be.

4) The Kids Needs To Step Up

The Hawks are the youngest team in the tournament so they have an abundance of kids, but when I say "kids" I really only mean three guys.

The "third line" has both Debrincat and Kirby Dach on it. They are going to need to produce. If the Hawks decide to go best on best or if the Oilers with the last change dictates that then Dach's line will be free of the responsibility that comes with checking either Leon or McDavid. If they're free then they need to score. Larger than that, when you look at the future of the Blackhawks 12 and 77 are the only young guys up front who seemingly have their future with the organization locked in. Let's call a spade a spade, Debrincat wasn't good this year. He didn't look like a guy who should be getting $6.4M starting next year. He has bite though. He is feisty. He's never afraid out there. I think he's got the right stuff to be a playoff performer. The Hawks will need him and Dach to provide depth scoring when called upon. I would also assume that these two are going to get the pleasure of having Patrick Kane jump on the RW with this line as often as he feels like and when those three are together on paper it is a LOADED line. The kids need to live up to their end of the bargain because they have a responsibility to do so.

It's time for Boqvist to be unleashed too. No more training wheels. No more governor. If this series is a track meet then he should feel right at home. Get in the play. Pinch down. Let that sick little wrister fly. To be successful in hockey you need to be able to make your opponent uncomfortable. That can be done with skill, speed, your mouth, physicality, etc. Boqvist was drafted for his offense and it needs to be on full display in this series. He needs to be dangerous. The Oilers should feel like they need to know where he is on the ice. If his jumping up in transition, if he's sliding down back door. Challenge their defense with skating and skill and force them to look off Patrick Kane or the puck for a split second because they're taking stock of where Boqvist is on the ice. Be a FUCKING WEAPON. Boqvist and Debrincat are going to be the driving force on the 2nd PP unit too. They'll have their chances. They need to convert. 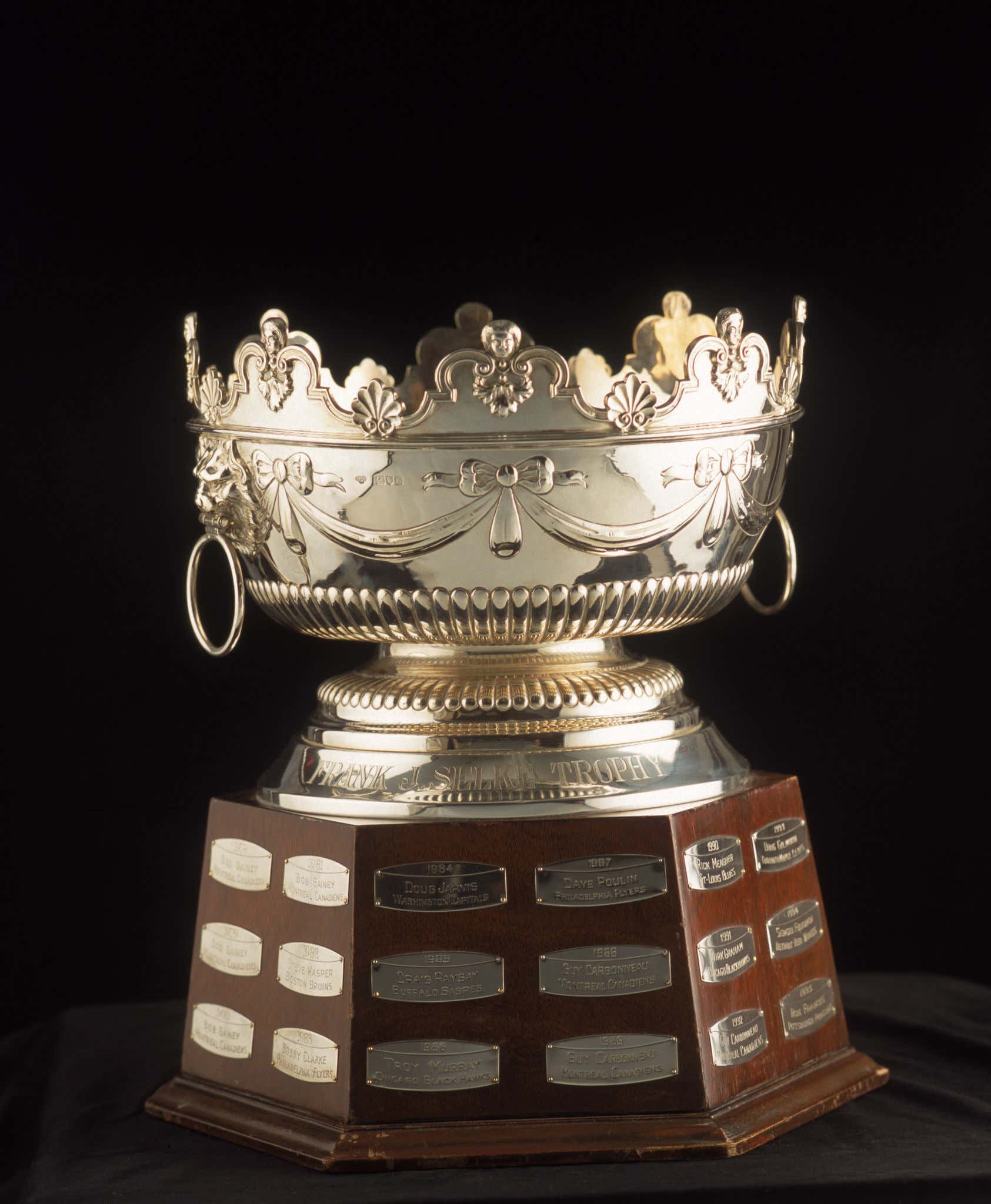 That right there is the Frank J. Selke award given out to the best defensive forward in the NHL and it has Jonathan Toews's name on it. He's finished top 5 in voting for that award 6 times in his career. He's going to need to have that effort against McDavid. The last time the Oilers were in the playoffs was 2017. McDavid got bullied by Ryan Kesler. McDavid only had one multi-point game in the series and in the final two games he was held off of the score sheet entirely. Those were different teams. McDavid has matured. That doesn't mean that Toews can't make his life a living hell. Toews needs to be able to lean on McDavid. Wear him out. Whenever McDavid thinks he can take a breath, Toews should be skating over and giving him a whack. In his kitchen all series long. The Hawks' blueline will require Toews to be on his P and Qs defensively.

de Haan-Murphy as a pairing needs to be great. These are two guys that I trust. They're not Norris guys, but they quiet the game down. They're smart. They make simple plays. They are going to be asked to do a lot in this series and they're going to have their hands full with McDavid and/or Draisaitl. I keep going back to the word trust because I don't trust anyone else on the blue line besides Duncan Keith. If I were Colliton I would go into every game assuming that Murphy and de Haan are going to play 24+ minutes a night. Lean on them heavily because your alternative is Maatta and Koekkoek.

That's it. The series should be entertaining. It should be fun. I don't know what will happen but I know I trust the core guys. They haven't been to the playoffs since getting dusted in 2017. So much has changed. Those core four guys I keep mentioning are some of the most competitive guys in the league. They've been preparing for this for months. They know they have a special opportunity here. They've been DYING to get a taste of playoff hockey again and now it's here. I know what all the experts say, what the analytics say, what the entire world is saying…I don't care. Fuck that. I love my guys. I will believe in them until the final horn. If that's wrong, I don't care about being right. Short series, long on experience, and a BIG time goalie. Once more into the breach. They can do it. Join Or Die. Let's. FUCKING. GOOOOO.