Good morning, happy Friday, and welcome back to the Church Of Chief. If you clicked on this blog you might already know that Friday is a good day for people with dumb brains like mine simply because that dude in the gif above is on the History Channel for roughly 12 hours on Fridays. History Channel runs a marathon of Ancient Aliens every single Friday. And that is what we are here to talk about today...stories of aliens around the dawn of civilization.

Let's start with some basic background on The Bible. There have been analogies of the Bible saying that it is humanity's first ever "hyperlinked book" which is an interesting way to say it. Basically all throughout the bible there are verses referencing other verses. In fact, it happens an ASTOUNDING 63,779 times. That's fucking crazy to me. Obviously it's in text so you can't actually click on a hyperlink, but the Bible is thoroughly interwoven and linked. Bibliographies and citing sources perpetually. Imagine writing a paper that had that many sources cited. It'd take an entire other book just to do the references.

You won't find the Book Of Enoch anywhere. Hmmmmm. If you have a book where the principle writers of the book are referencing source material every step of the way then why isn't this particular book included? Well that's because the original writers weren't the editors. Somewhere along the way, perhaps at the Council Of Nicaea, or perhaps somewhere else, the powers that be decided to delete the entire book of Enoch. And maybe it's because that book didn't fit with the narrative of divinity and the creation of Man and civilization.

One of those stories were about "The Watchers". The Watchers were said to come down to Earth from the Heavens to look over the human race. From Genesis

When people began to multiply on the face of the ground, and daughters were born to them, the sons of God saw that they were fair; and they took wives for themselves of all that they chose.

These watchers came down and saw women, and I guess it doesn't matter if you're an alien or a human, as long as you're male...you want to stick your dick in things and so they did. There are quotes and translations that specifically say that the Watchers loved the longer hair of these "fair" women. Which, I mean, I get it 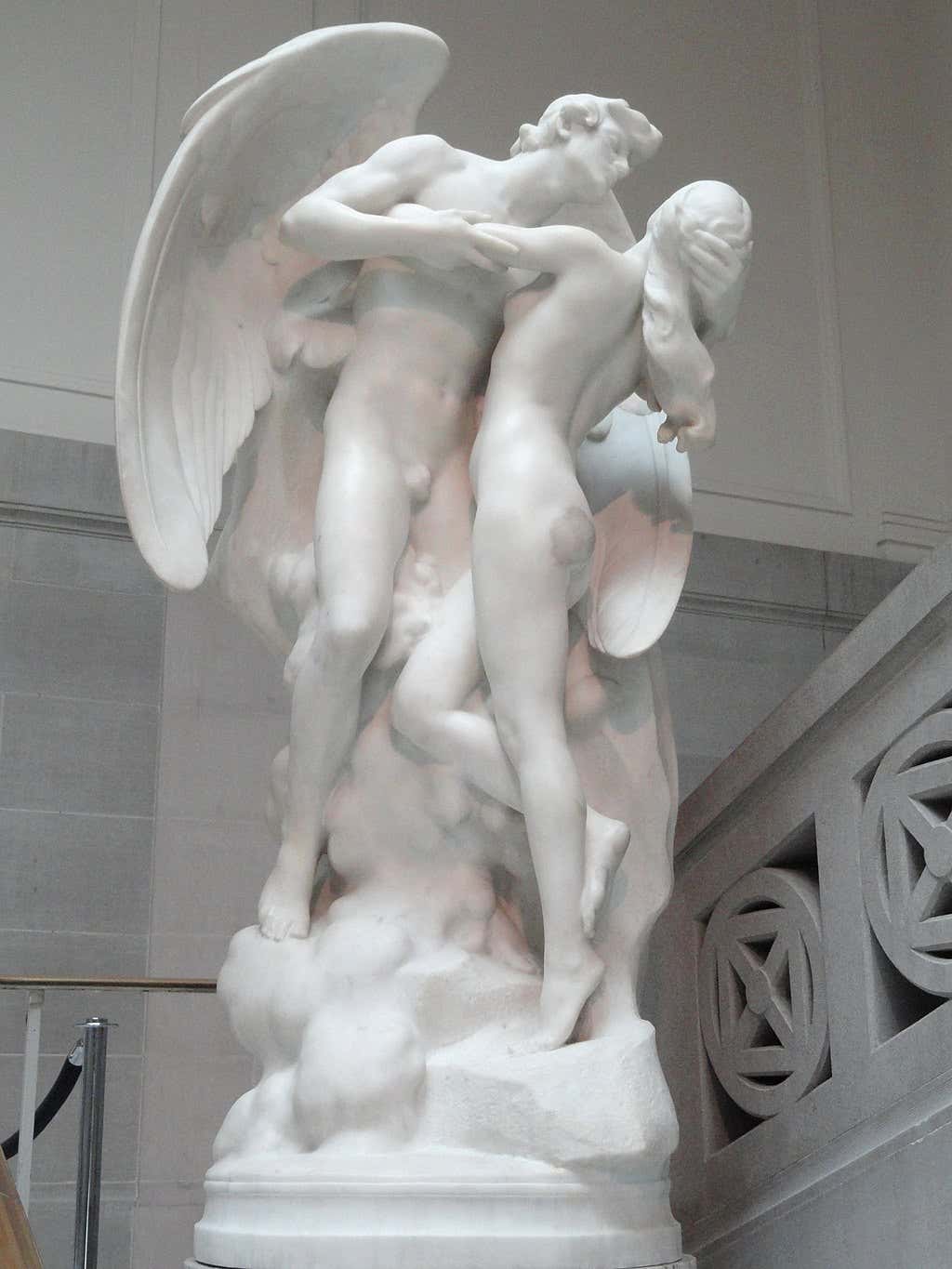 Naturally when you cross-breed you're going to have problems. That is always the case. When you mix a horse with a donkey you get a mule, and mules are sterile. Just one of those things. When you mix Aliens/Watchers with human women you get...Nephilims. Nephilims were Giants. Giants appear all over ancient texts. Titans in Ancient Greek, David vs Goliath in the Old Testament, etc. While David got the better of a Giant, for the most part they were fucking savages. In the book: "Giants and savages that endangered and pillaged humanity"...not great. From what I read, it sounds like there was a chain of command that went Nephilims at the bottom, their dad's...the Watchers who fucked the Earthling women, and then someone above them who we will calls Gods. The "Gods" were fucking PISSED at what happened. Nobody gave the Watchers permission to go down there fuck all the women and create a super race of savages. They decided to try to rid the Earth of the Nephilims with a great flood and peaced out. They took Enoch with them.

Enoch told one dude before he left that a great flood was coming and that he should prepare...his grandson, Noah. Noah's Ark...ever heard of it?

I love this type of shit. Is it true? No idea. There are weird cross cultural similarities with flood myths/legends, the timing, etc. The entire Bible is a weird book to begin with. Cobbled together at the Council of Nicea 300+ years after Jesus died. That alone is a crazy fact. We have a hard enough time trying to interpret our own constitution and that was written by guys we shared a language with and it was written in a relatively straight forward way. Now imagine that the same amount of time has passed, but it had to be run through a google translator to go from ancient Hebrew into Latin and they were't writing laws, but rather talking about the history of mankind and events that happened...who knows...8000-10,000 years before that? Insane. Anyways, that was just one anecdote from the Book Of Enoch. Have a good Friday.