Just when you thought a mismanaged bullpen would doom the Yankees late in Baltimore, there was Aaron Judge to step up and absolutely fucking blast one 413 feet into the night to save the day. You could see it coming too. Cole Sulser, who entered the game totaling less than 10 innings in his career, could not find the zone all inning. Whenever he got a strike over the plate it was right down broadway. Maybe Judge got a little bit of a break on that 2-1 pitch called a ball that probably caught the bottom half of the zone, but you can't throw Aaron Judge a pitch here and expect to live to tell the tale. 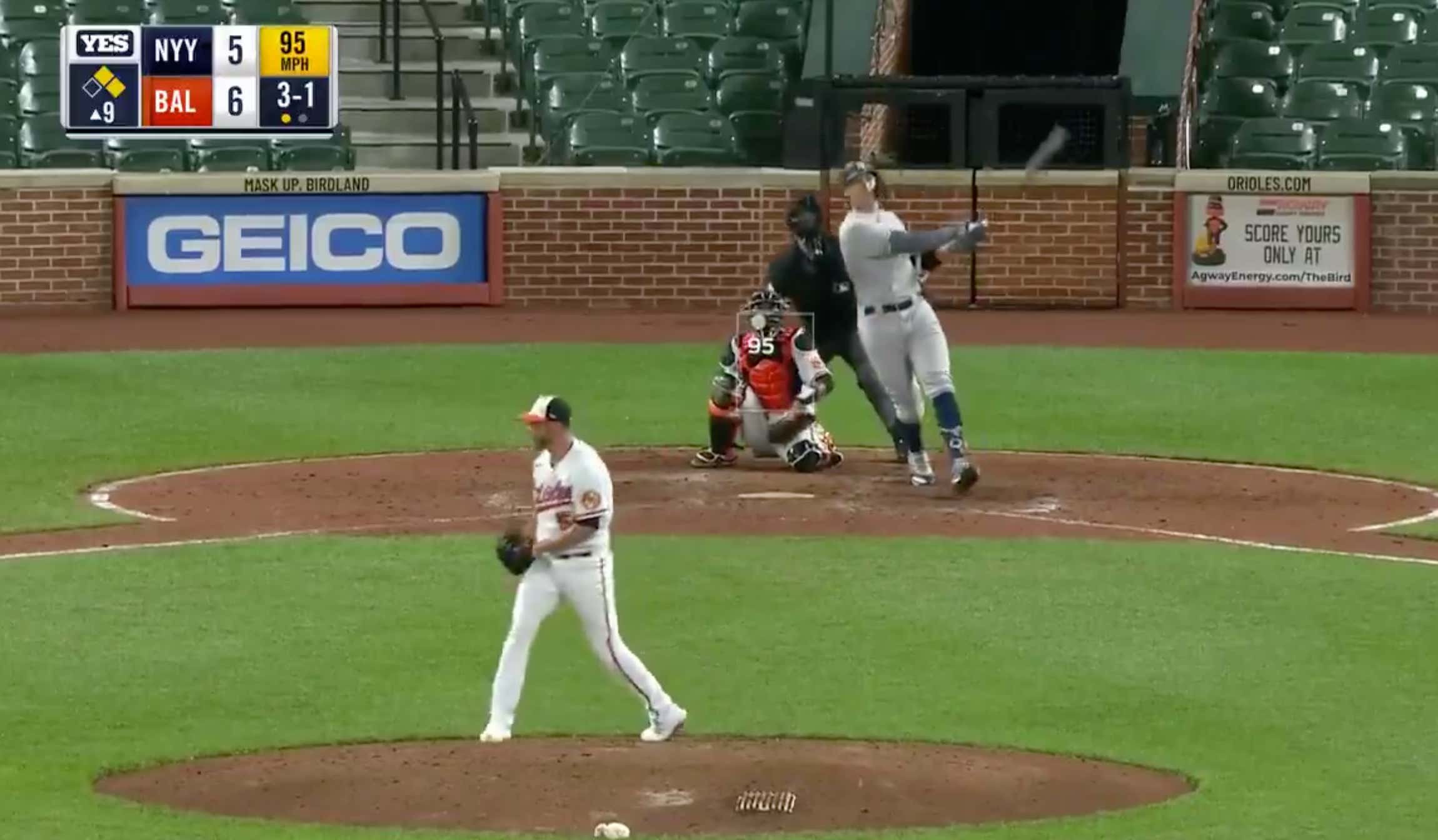 What a win. Judge bails out Boone who kept Johnny Lasagna in the game one inning way too long. Losing a game to the O's after scoring 5 in the top of the first would have been absolutely disgusting to go to sleep to. It does seems like Tommy Kahnle was unavailable for some reason tonight and his hands were a bit tied, but three innings was too much for Lasagna. Boone said there would be more on that tomorrow. Praying to God it's not covid related or a serious injury. I know it's the Orioles, but I'm going to enjoy that win. Cant imagine how depressed Jared was having to delete the 12 tweets he had lined up to pull the trigger on if Judge grounded into a game ending double play. Nah, not healthy Judge. That was 2017 Judge tonight. The true King of New York. Not the polar bear guy who struck out to end the game in Queens.

4-1 baby. Also Gleyber seems like he's fine after leaving mid-game with an elbow bruise. I can't have Gleyber hurt. I eat too much fast food for my heart to handle losing him.

P.S. What a cover for the run line.