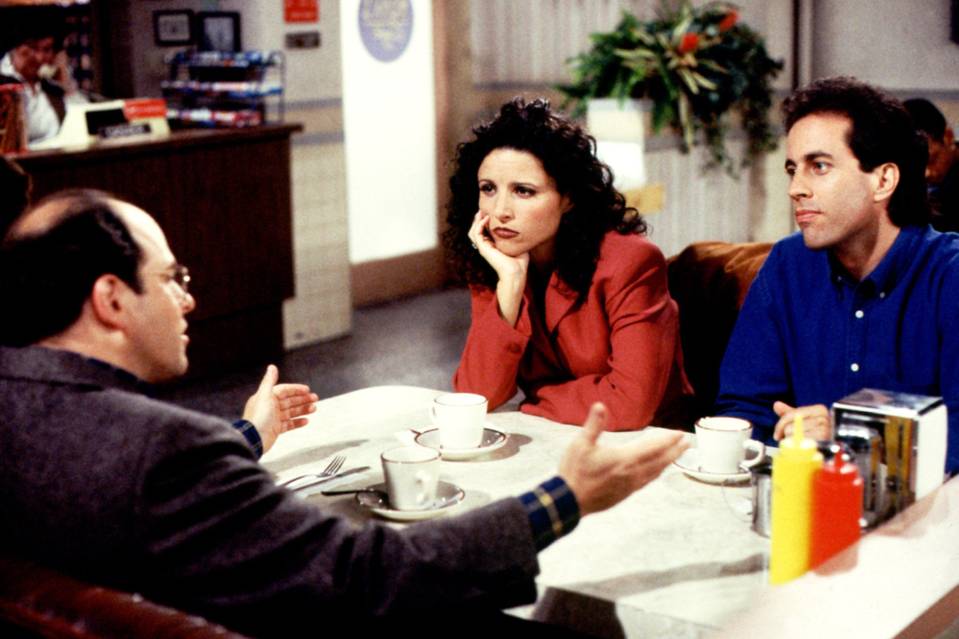 WSJ – Hulu has struck a deal for reruns of “Seinfeld.” The agreement, which people familiar with the matter said will be unveiled to advertisers Thursday at a presentation in New York, is one the biggest programming acquisitions in the online video site’s history. Hulu is co-owned by Walt Disney Co., 21st Century FoxInc. and Comcast Corp. Terms of the sale weren’t disclosed but a person with knowledge of the agreement said the per-episode value of the show would be approximately $700,000. Other bidders for the streaming rights to the hit 1990s NBC sitcom included Amazon.com Inc. and Yahoo. Netflix also initially expressed interest but later dropped its pursuit of the “show about nothing” and instead struck a deal for streaming rights to “Friends” at a price tag in the neighborhood of $500,000 an episode. Sony Pictures Television, a unit of Sony Corp., has the distribution rights for reruns of the hit 1990s sitcom. However, the majority of the revenue from the deal will go to Time Warner Inc.’s Warner Bros., which acquired “Seinfeld” producer Castle Rock Entertainment as part of its purchase of Turner Broadcasting System in 1996. Reruns of “Seinfeld” will continue to be held by the cable channel TBS.

A lot of outlets are reporting $1,000,000 per episode or “just under” $1,000,000 per episode. If “just under” means $300,000 less, thats a big difference. I’m gonna go with the Wall Street Journal here at 700k per show. That adds up to $126,000,000 total, which, to be honest, seems like a steal. Owning the rights to Seinfeld is like owning the rights to all the Beatles tracks. Hulu now owns television greatness for like nothin. The reruns have generated $3.1 billion in syndication fees so far. Seinfeld and Larry David have earned $400 million each on syndication money.  So when numbers like that are floating around regarding Seinfeld reruns, it just seems like 126 mil is low. Like if I woke up this morning and saw it was $250 million I wouldnt have batted an eyelash.

If I’m being honest though, I will tell you that I will probably log in to Hulu and watch Seinfeld approximately zero times. First of all I dont even know if I have a Hulu account. Second of all, Seinfeld isnt the type of show for me that I sit down and seek out. I’m not gonna binge the series from season 1 to season 9. Its a show that I want to catch every now and then on TBS from 6pm to 7pm. Used to love watching it before bed at 11pm. Tweet out “The Marine Biologist is on” and we’re all watching the same episode. Its kinda like how you never broke out the Braveheart DVD or order it on demand but you’ll watch it every single time you stumble across it on regular TV. Thats what Seinfeld is to me. The ultimate stumble upon show. The best choice on your TV Guide when there’s nothing new for you to watch. I’m still gonna get my Seinfeld rerun fix on TBS, not Hulu. So maybe 126 mil aint that low.

PS – Netflix going with Friends for $500,000 an episode is a shitty, shitty consolation prize.