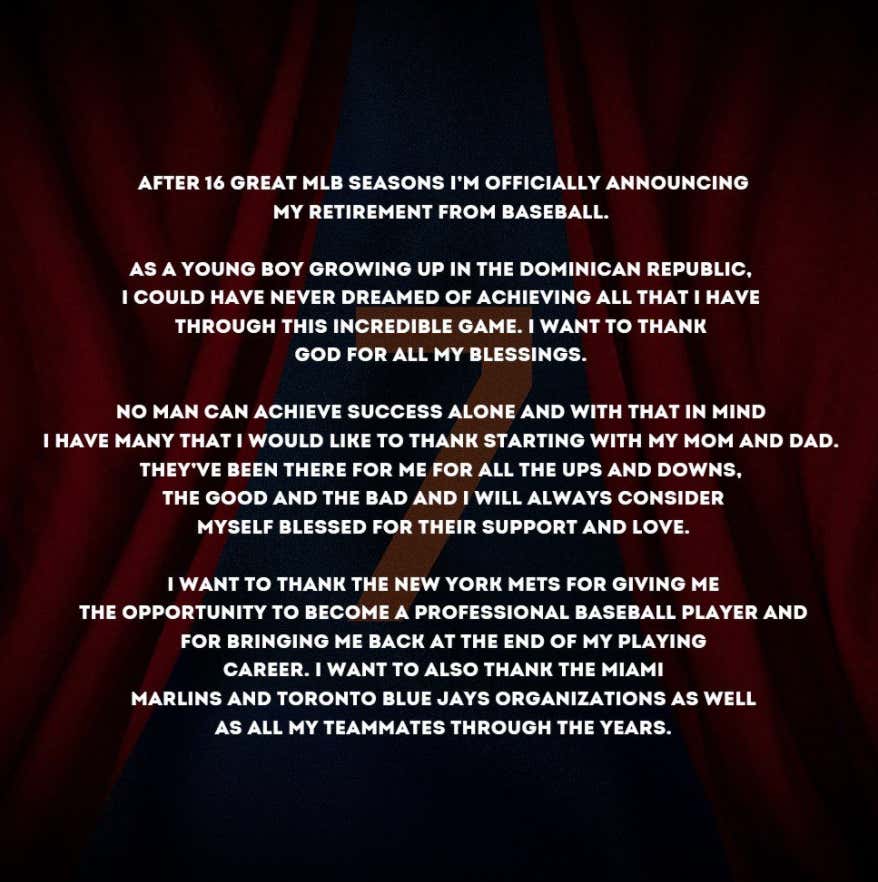 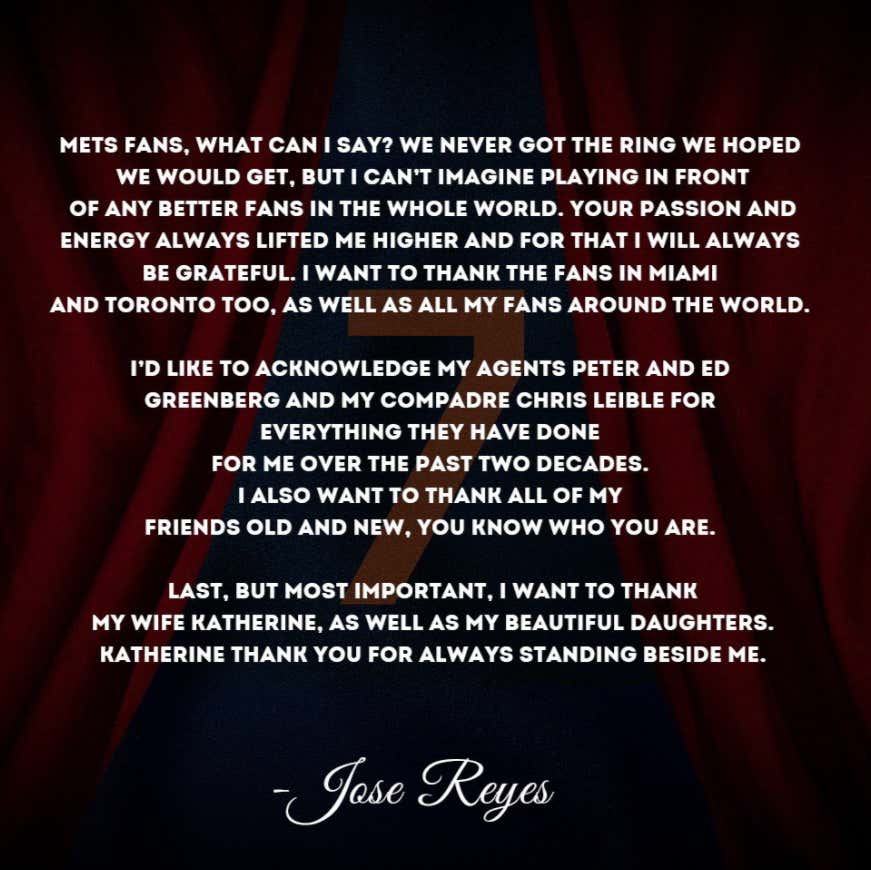 This announcement feels really weird not only because it's taking place in the middle of a fake coronaseason but because I feel like Jose Reyes is telling the world he retired roughly a year after the sport of baseball told him he was retired. I guess Jose had to face reality after missing out on being invited to the 60 man roster of 30 different teams, with one of those teams being the Marlins that literally lost half their roster to a pandemic and still didn't ask Jose if he wanted to try his hand at another round in Miami.

It's crazy just how little Reyes' announcement resonates with me and most Mets fans considering how his career started. I remember old baseball writers like Peter Gammons cumming themselves over Reyes making his way through the minors and saying watching him hit a triple was the most beautiful thing in the sport. Then Reyes got called up to the Bigs, caused chaos on the basepaths, had a cannon at short, inspired countless JOSE JOSE JOSE JOSEEEEEEE chants as he danced his ass off while the Mets rose into a contender, and even brought the electric Professor Reyes to the big screen, who may be my favorite teacher ever.

Then the Mets slowly bled out after moving to Citi Field followed by Reyes winning a batting title in his last season in Flushing before signing with the Marlins since the Mets brilliantly decided to let a batting champion walk during another clearly hopeless season instead of trading him for something.

The only reason Reyes landed back with the Mets is because the only thing the Wilpons love more than falling for Ponzi schemes is bringing back old Mets players at a discount and ruining every good memory you had of that player. I guess Reyes did that himself since the domestic dispute is the first thing I think of. But the last two years of Jose Reyes in Queens were about as fun as the returns of Bobby Bonilla, Roger Cedendo, and Jeromy Burnitz combined with it all culminating with the perfect baseball metaphor.

I'm not gonna end the blog on a Debbie Downer note because Jacob deGrom pitches tonight, so the other 24 guys need all the good juju they can get to give him a run. So I'll throw it back to happier times

We'll obviously talk about this further on Thursday's We Gotta Believe. Make sure to subscribe on iTunes because we are doing nightly recaps for Mets games and plan on having the Section 10 fellas on for a superpod this wek.