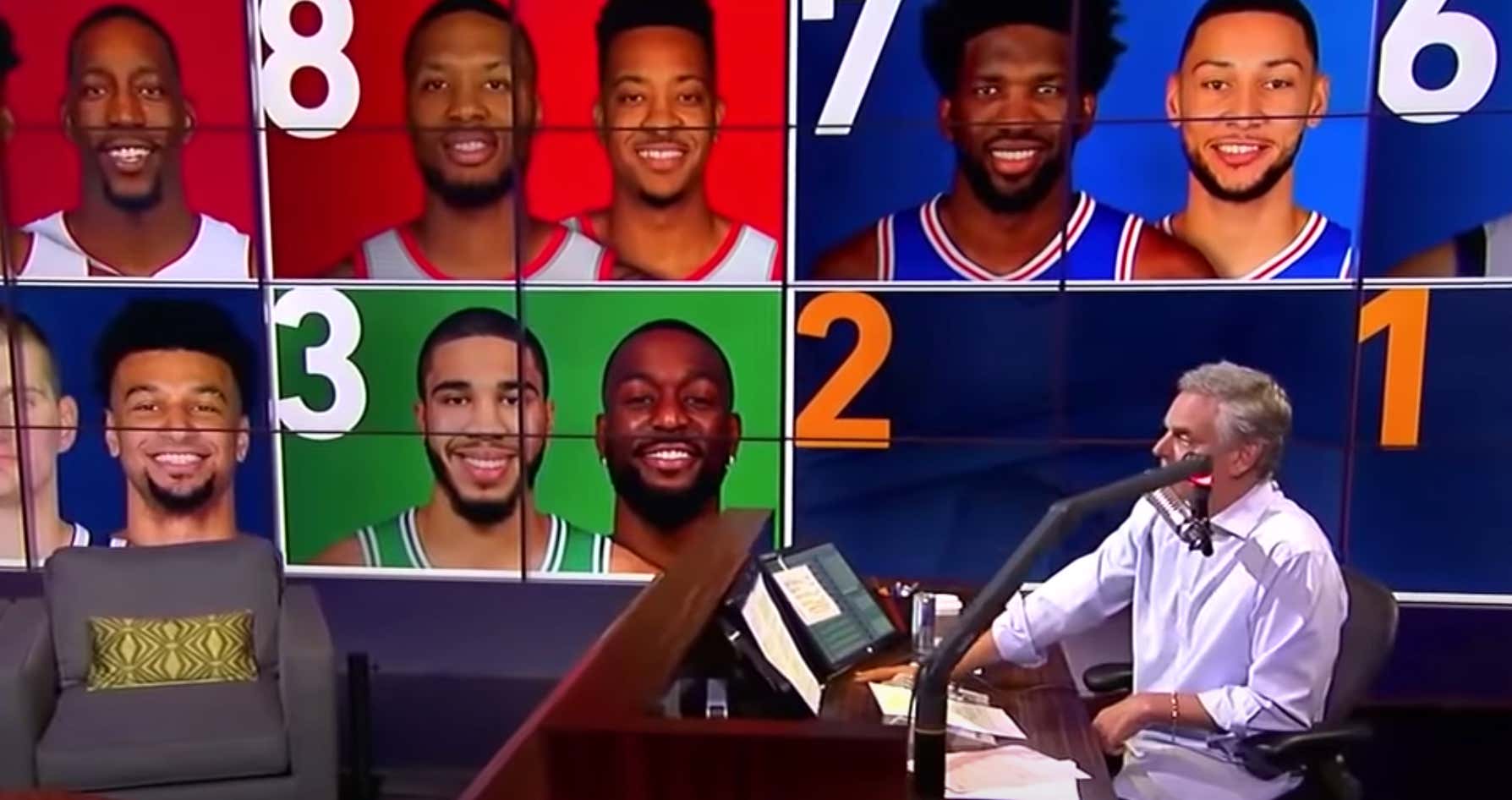 This fucking guy. Here I am, still high off the fumes of Tacko dominating and Carsen Edwards dunking on a couple MVPs, with the start of the seeding games just 24 hours away and now I have to deal with another Colin Cowherd jinx. I've said it time and time again because the evidence is everywhere throughout history. Nothing and I mean absolutely nothing good comes from Colin saying good things about the Celtics. Some people (me) call it the kiss of death. There is nothing I want more in life than for Colin to take the Nick Wright approach and shit all over this team. I would feel a billion times more confident about the Celts chances. If you don't think this stuff is real, you're kidding yourself. Let's take a quick job down memory lane for those who may not be aware

How did that 2018 season work out? Well last time I checked sports dynasties aren't created by losing in 5 games in the second round. The season was over before it fucking started. Well Colin was back at it again this summer with shit like this

In no way shape or form what I wanted to hear. Not from Colin. So we had him covering the team success and jinxing them there, well now he went through his best duos in the bubble and now this bad juju is being put on Tatum/Kemba

I'm going to be honest here for a second. I wouldn't even put Tatum/Kemba as a top 3 duo. If I'm not even going to do it then I certainly don't need Colin to do it. This doesn't mean they stink, but look, Kemba is unproven in the playoffs and has a huge concern about his knee. Tatum didn't exactly blow our dicks off last postseason after a strong rookie run. I get it, they are both All Stars and Tatum will make an All NBA team, but they aren't the third best duo. There is no excuse for them to be behind the Bucks pair. A guy who is winning back to back MVPs and another that just threw up 50/40/90? Come on. I'm not even sure I'd put them ahead of Luka/Porzingis if we're being honest. I wouldn't even say Tatum/Kemba is their best duo. Anyone who watches this team knows it's the two Jays.

So this is my attempt to combat Colin's jinx but publicly rejecting it on behalf of Celtics fans everywhere. I don't even care if you sneaky agree with his take, we all have to reject it in an effort to reverse this jinx. My fear is this is how it all starts. The best way to achieve the team success jinx is to put another jinx on that team's best players. You're going to have to wake up pretty early in the morning to pull a fast one on me Colin so your rankings are officially rebuked. Nice try.

No need to thank me for my service.