Oh my lordy. Scott Laughton. The Sergeant. That finish was just ruthless. On the first day back? ON THE FIRST DAY BACK? Just so very disrespectful to go top bunk like that in OT before the Penguins have even begun unpacking in their hotel rooms. And that stretch pass from Konecny to spring Laughton on a break? Daddy likey.

Let's take one more look at it, folks. Just as a treat. 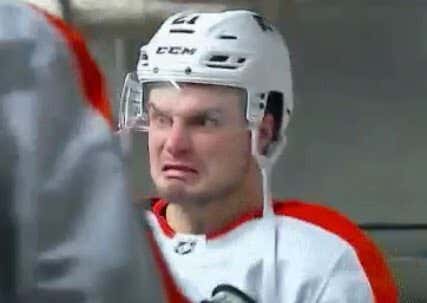 You're a dirty boy, Scott.

But yeah. The Pittsburgh Penguins have now not beaten the Flyers since an overtime win on January 31, 2020. That was 179 days ago. I don't know how much you guys know about how calendars work, but that's damn near a half year ago. LOL. Almost half a year since they've been able to beat Philly. What a bunch of pathetic fucking losers.

And on the other hand, the Flyers are looking every bit like the wagon they were before the season got put on pause. You have The Very Best One There Ever Was getting himself going early in the restart.

And the world was finally able to witness Dad Couturier for the first time out there. Sure, he may have gotten a lucky bounce or 8 on the puck's way into the net here. But that's what happens when you are a #confirmed sex haver. You get lucky.

Coots for Selke. Cahtah Haht for Conn Smythe. And Alain Vigneault not only for the Jack Adams, but also the crispiest tan in the bubble. What a beaut. 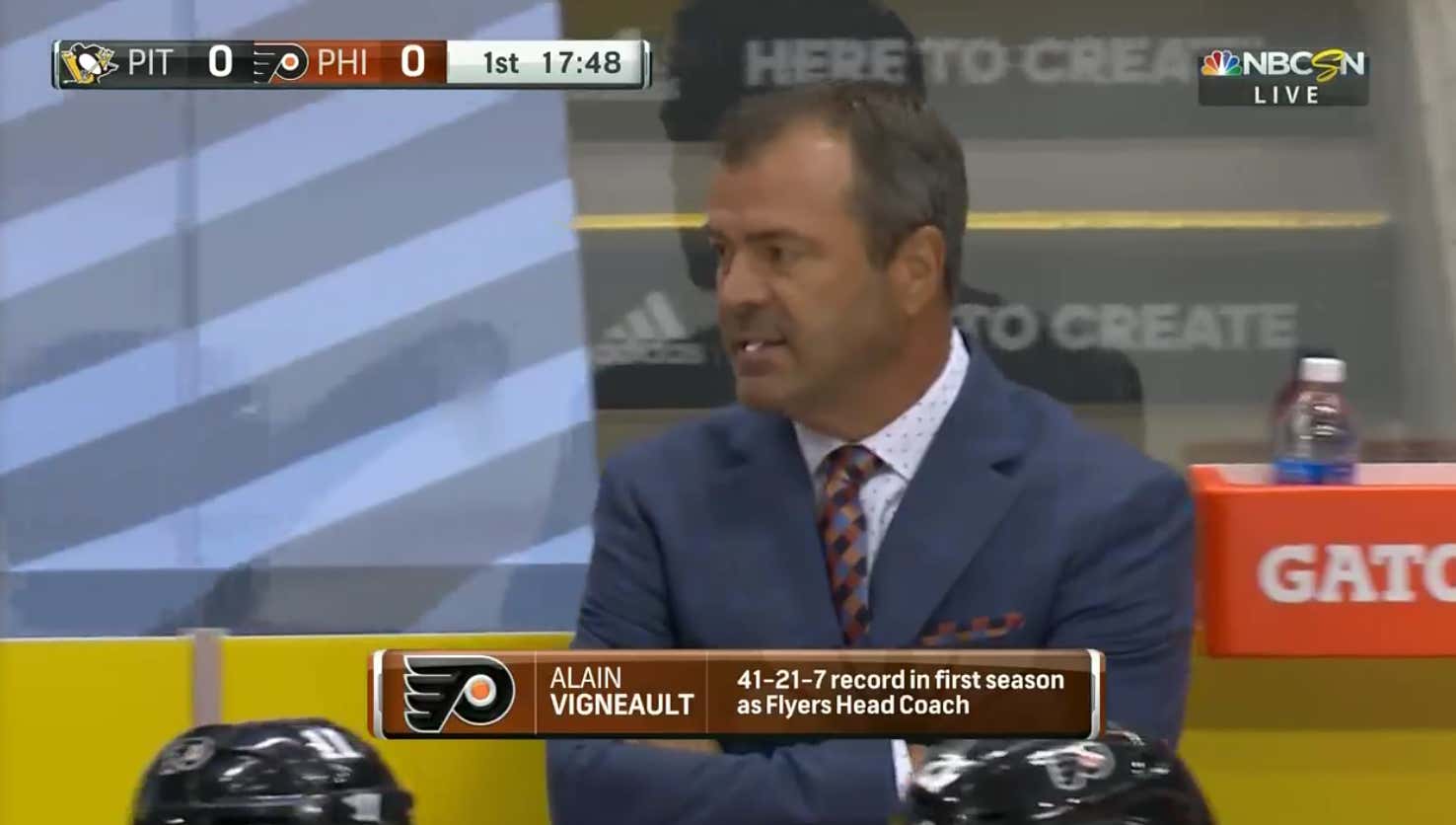 Hockey is back. The Flyers are buzzing. I am aroused.