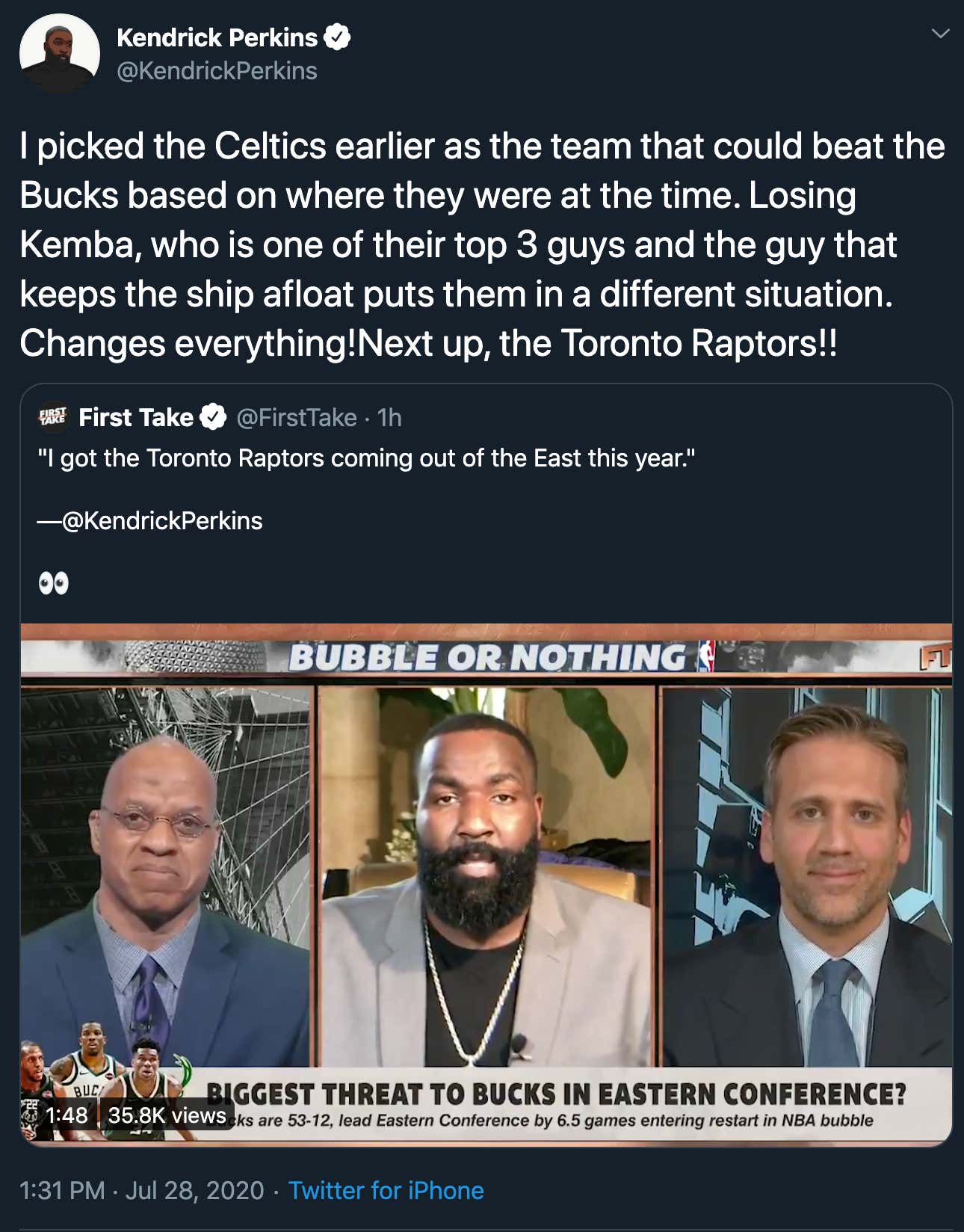 Let me begin by saying I am a gigantic Perk guy. Love him on TV, love him on podcasts, love him when he calls games with Mike & Scal, all of it. I know he says outrageous shit at times and is very clearly cashing a Klutch check when it comes to LeBron but whatever. He was part of the 2008 team so I will blindly ride with Perk until my last breath.

But what the shit is this? You know what myself and Celtics fans everywhere don't need? Bullshit about Kemba's knee. Things are already stressful enough considering none of us have any idea how he's going to respond to real games. To go from seeing him look like the old Kemba on Sunday to then "losing Kemba"?

Because guess what. Now my brain is going to dangerous places. Now I'm sitting here wondering what Perk knows. Who did he talk to on the team? Is this all just made up nonsense so Perk could just pick every team in the field to come out of the East? Did he mean "if" they lose Kemba and just mistweeted? In his clip that's what it sounds like but then the tweet says "losing Kemba". Last time I checked Kemba was doing stuff like this

My heart wants to just ignore this comment from Perk but my head remembers that never in any of our lifetimes have the Celts ever been honest and truthful when it comes to injuries. This really isn't something I needed to spend the next 4 hours worrying about until their scrimmage tips off. Even though I've been expecting Kemba to not play with MIL on Friday, if I see he's out my deranged brain is going to freak out. It makes no sense, I have no need to, but like I said this Kemba shit is stressful.

1. Clarify his statement that he mistweeted

2. Tell us what he knows about Kemba

We're all at the point where you utter the name Kemba and this fanbase is on edge, so I didn't really appreciate that tweet at the moment. Figure it out.