From the LA Times:

For those of us who miss eating Dodger Dogs at the stadium, a new service called Home Plates, will start delivering Dodger Stadium food favorites to the Los Angeles area on Monday.

The Dodgers teamed with Postmates and the Home Team Kitchens restaurant to make deliveries to Hollywood and West Hollywood, with plans to expand to other areas in the future. To order, just find Home Plates on the Postmates app.

In addition to the Dodger Dogs, Brooklyn Dodger Dogs and Doyer Dogs, you’ll be able to order Micheladas, garlic fries, carne asada helmet nachos and some dishes created specifically for Home Plates, including a Brooklyn-style pizza, and a Dodgers’ blue gelato. The full menu includes a selection of burgers, tater tots and chicken tenders as well. 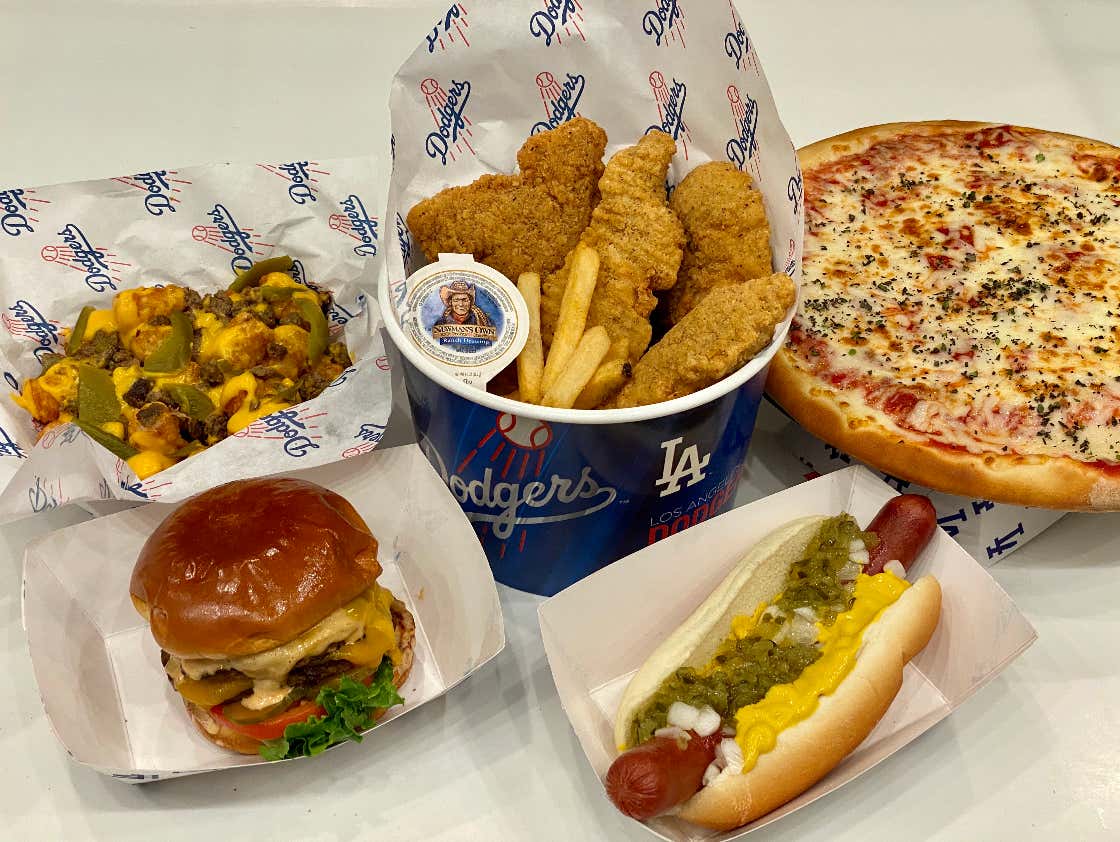 I'm a Phillies fan but living up in NYC/Queens have grown to love attending Mets games, especially on Barstool nights. It's a great stadium, the fans are pretty chill (beaten down?) & there's something about seeing Frank the Tank lose his marbles in person that really brings the game to life. As an added bonus, being a bit buzzed and getting the 'Roasted Turkey & Mozzarella Hero' from Mama's of Corona at the World's Fare Market section is top notch. Finish it off with overpriced sprinkle-topped soft serve in a tiny baseball helmet & I'm in heaven. Not sure I'd ever order it for delivery (after a few bottles of wine, probably) but I can see the appeal of this idea for those desperate for even the smallest vibe of realism to an already strange, shaky season.