Tomorrow's Twisted History podcast with Large and myself will be about animals trained for war. We'll cover obvious animals like dogs, birds, horses, and work our way into the weird with trained monkeys, dolphins, and of course bats ...

You thought Corona Virus was the first time bats went off on society? Nope. The United States weaponized bats in 1945.

By the end of WWII, the United States had nearly perfected the Bat Bomb in a military experiment later known as Operation X-Ray. 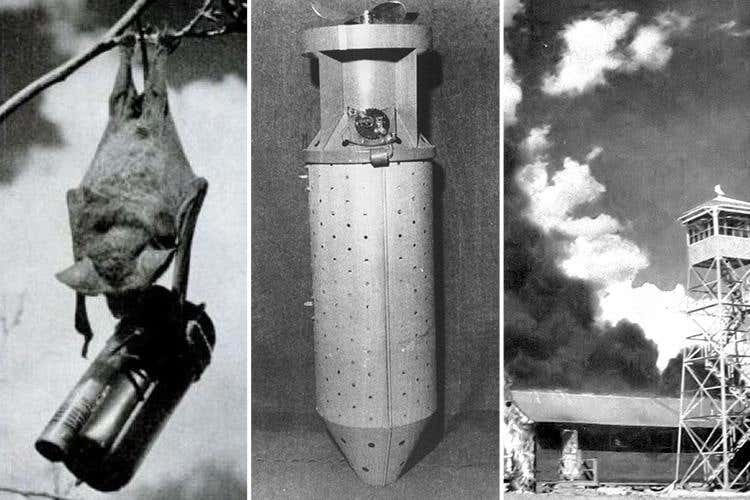 A bomber plane flying over the target would drop a metal cylinder, which would open up, releasing a Mexican free tail bat, wired to a timed incendiary explosive. The bats let go over enemy territory would seek shelter in the attics of Japanese houses made from wood and paper, causing catastrophic fire damage.

It took scientists awhile to figure out what species to use, how to transport the bats, and of course how much explosive the average bat could carry.

The initial tests of the bat bombs were positive, but the project was canned when wartime resources were needed to create a more efficient weapon that would ensure maximum destruction in Japan, the atomic bomb.

New episode tomorrow, until then catch up on last weeks ... Twisted History of Carnivals