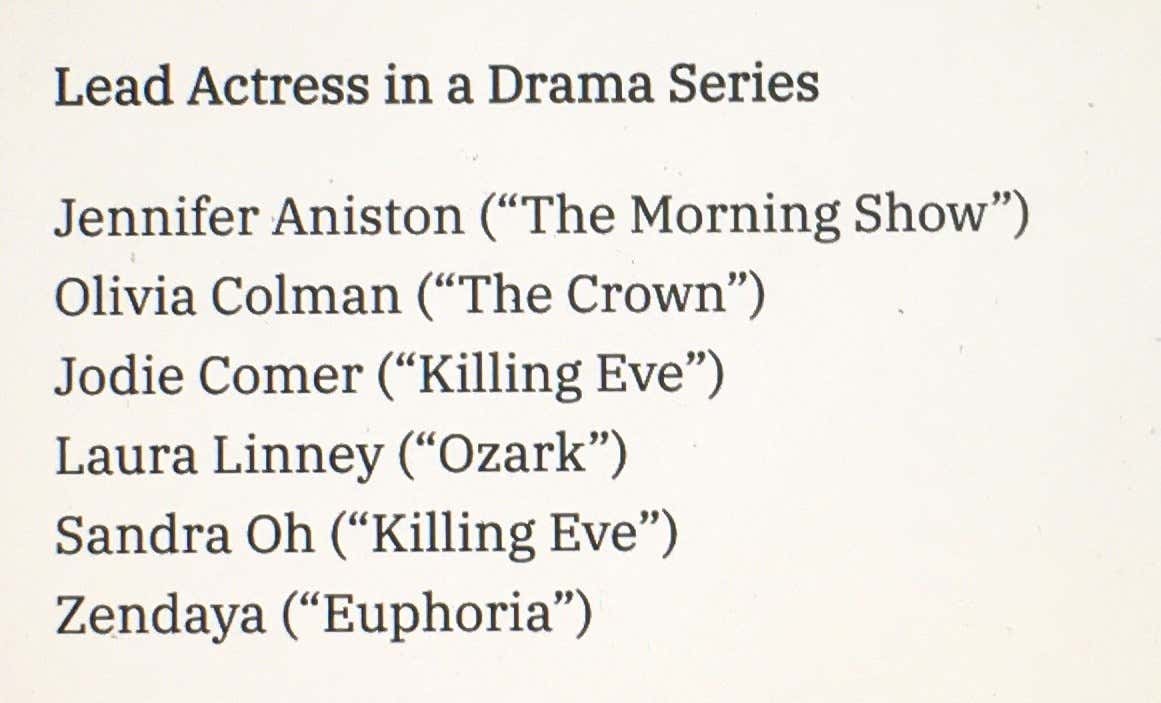 Are you fucking kidding me? Rhea Seehorn just turned in one of the greatest seasons of dramatic TV acting in recent years but was somehow not even nominated for her sublime work as Kim Wexler on the excellent "Better Call Saul". She was the clear MVP of a killer season on a show that got nominated but somehow got stiffed herself. Yet again. I have no fucking clue what the voters were thinking. How can they say "this was one of the best dramas" and not nominate Seehorn? Makes zero sense.

*I'm also surprised Elle Fanning and/or Nicholas Hoult didn't a nod for their stellar work in the hilarious "The Great".

*At least the voters didn't butcher everything and showed mad love to "Succession", "Insecure", "The Mandalorian", and "Watchmen".

*SNL getting 15 nominations? Get all the way the fuck out of here. I've been watching since the Belushi days and the show hasn't been this unfunny and unwatchable since perhaps the pre-Eddie Murphy days.

*I'm not sure how Paul Mescal gets nominated but Daisy Edgar-Jones doesn't for their excellent work in "Normal People".

*I was psyched to see Betty Gilpin get nominated for her revelatory work on the underrated "GLOW". She's been aces since the show started.

*All I know is I'm pounding the shit out of "Succession" once the odds are up.