We're off a nice little 1-0 night last evening thanks to the New York Mets and their bats finally coming alive. Tonight we're back on the diamond with two plays that I like quite a bit. I'm also returning to the racetrack and playing the Late Pick Four at Lone Star Park down in Grand Prairie, Texas. With a little luck we can win with the ponies and on the field and really kick this week off right. Let's go!

This is, oddly, a matchup of two teams that have had trouble scoring runs early on in the season. I can't say that I expected that to be the case for either of them, but here we are. As anemic as the Dbacks offense has been, the Rangers have been worse. Far worse. I think tonight is the night for Arizona to turn things around a bit, kind of like last night was for the Mets. Kyle Gibson might be the tonic for what ails Arizona's offense.

I know on paper this pitching matchup favors the Dodgers with Walker Buehler on the mound, however let's also consider it's the first start of a strange season. I think these lineups are very evenly matched, and when you give me the Astros at plus money, that creates value. I'm going to roll with the 'Stros in this one and hope they hit Buehler early and get to that Dodgers 'pen. 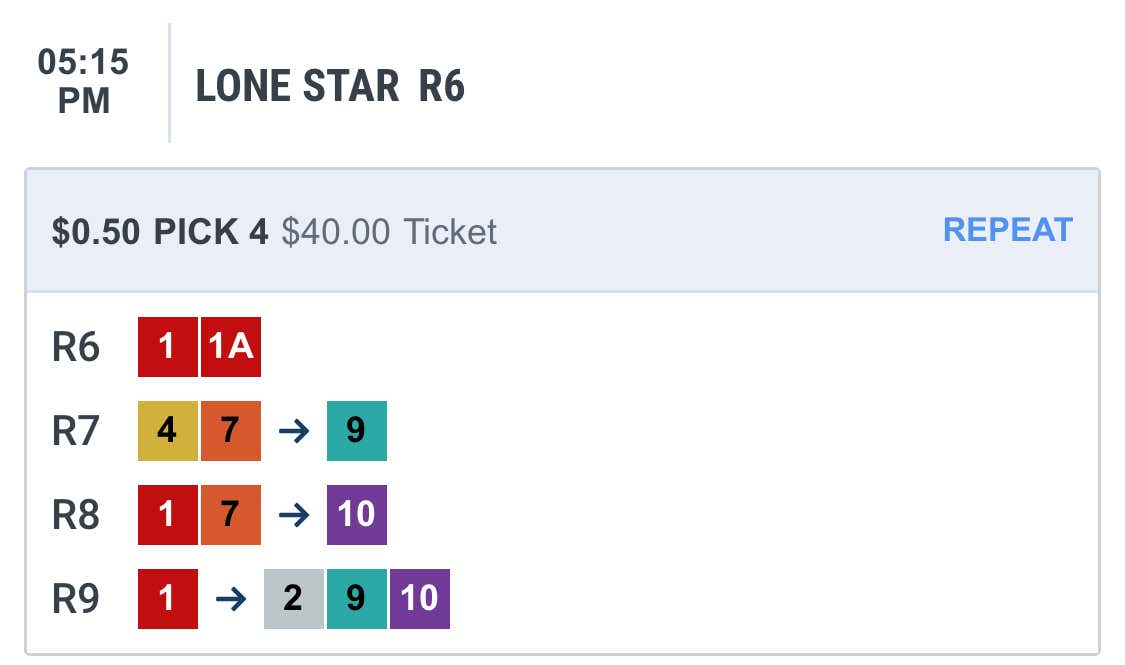