One trailer and I am back in. At the time of this blog I am currently watching episode 3 of Last Chance U season 5. I am ALL the way back in on the series after taking two years off because I couldn't stand the coach at the previous program. He was a distraction. He sounded like a moron. I couldn't get into it. Not this year. Enter: John Beam

Rolling in to save the series and lead Laney to California Juco championship. It's is extremely difficult to be so full of swagger and also be a hard ass. Coach Beam pulls it off. The slick back hair. Mustache that could sweep a floor. Suntan brown as a berry and eyes closed by the sun. 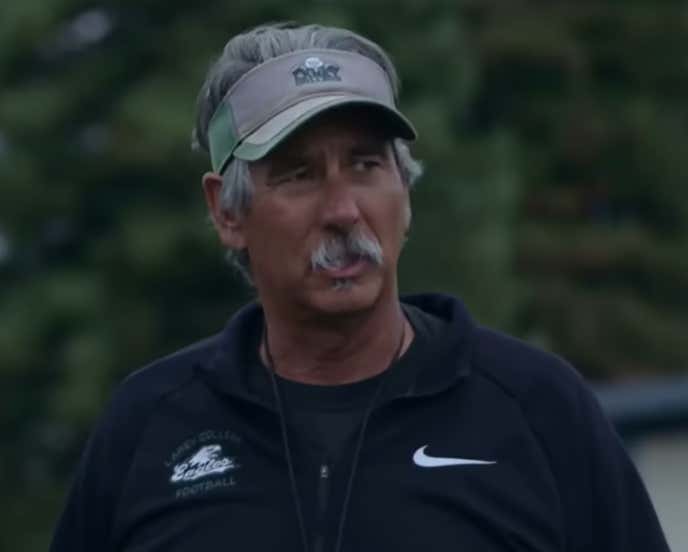 He's a California Spurrier. Nobody has ever looked more comfortable in a jumpsuit and visor. He was born to wear that whistle around his neck. He guy lives and breaths Oakland but also football. He's a guy who wants what is best for his guys and doesn't mind telling them to shut the fuck up if that is what they need to hear. So far, this dude is the perfect coach. I am all the way back in on this series and it's because Coach Beam is oozing football guy. 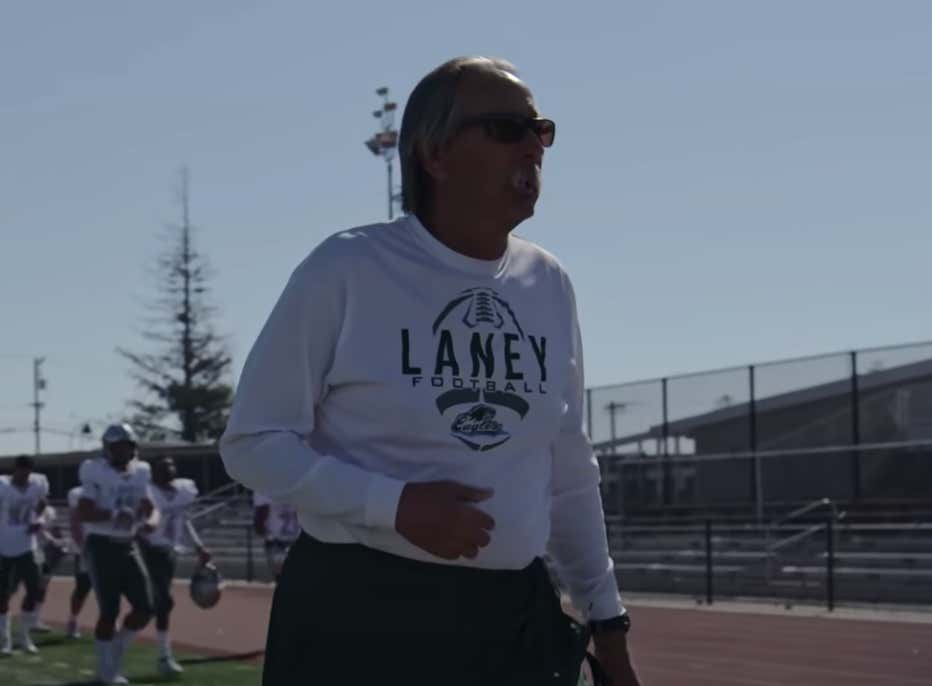 The other thing about this season…way different set up for the student athletes. There are no dorms. There are no recruits from all over the country. No scholarships. These kids are fucking GRINDING. They don't have meal plans or gas money. These kids wake up, drive as much as two hours to school, practice, then go home and go to a part time job. Driving uber, working at Wing Stop, and just hustling to get by so they can chase their dream.

In a time where we are STARVING for sports and there's the threat of no football at all this fall, Laney, Beam, and these kids are delivering.