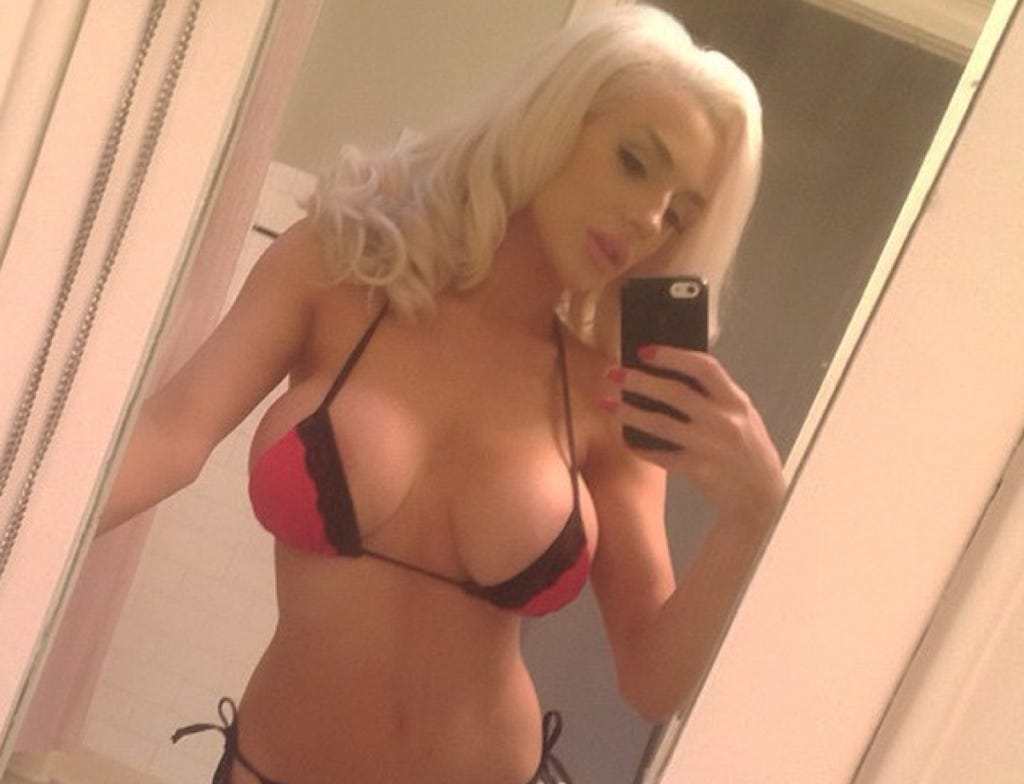 As for whether Vivid’s bidding on the tape — Hirsch wouldn’t tip his hand.

But y’know the game by now — Courtney has to sign off for the video to be legally distributed, and our guess is if Hirsch gets her to do that … it’s just a matter of time before there’s a full release.

When LeBron James was on the cover of magazines in middle school, it was obvious he was destined for great things in the NBA. While I wouldn’t go quite as far as saying Courtney Stodden is the LeBron of famewhoring, from day one when she launched onto the scene as the child bride of that weirdo from LOST making weird duck faces and speaking breathily like a pilled out young Marilyn Monroe, it seemed pretty obvious that her “career” would eventually result in getting tooled on video. And there’s absolutely nothing wrong with that. She’s not talented, she definitely looks way more like an exhibit at Madame Taussaud’s than a hot chick at this point, and yet she still seems desperate for the public eye. It’s a perfect marriage for the sad yet insanely lucrative business of celeb sex tapes.

I do have one problem though: A well-produced video of her with music and some candles being fake sexy and flicking the bean doesn’t move the needle as much as it should. Why not go the “leaked video of a dude and Courtney Stodden is being shopped around” angle? You only get this cash-in once and even though it’d be patently obvious that she’s making the video just to sell it and squeeze a little more fame out in the process, the media never has a problem pretending that a sex tape has “leaked.” And then we’d get her doing the whole “Oh no, woe is me that my private tape was stolen. I suppose I have no choice but to negotiate with the porn company for its release now!” Like, make it fun for us all. I’ve got no problem propping up the sex tape industry with my (definitely unpaid) views but at least play the game a little for me, Stodden. No half measures.