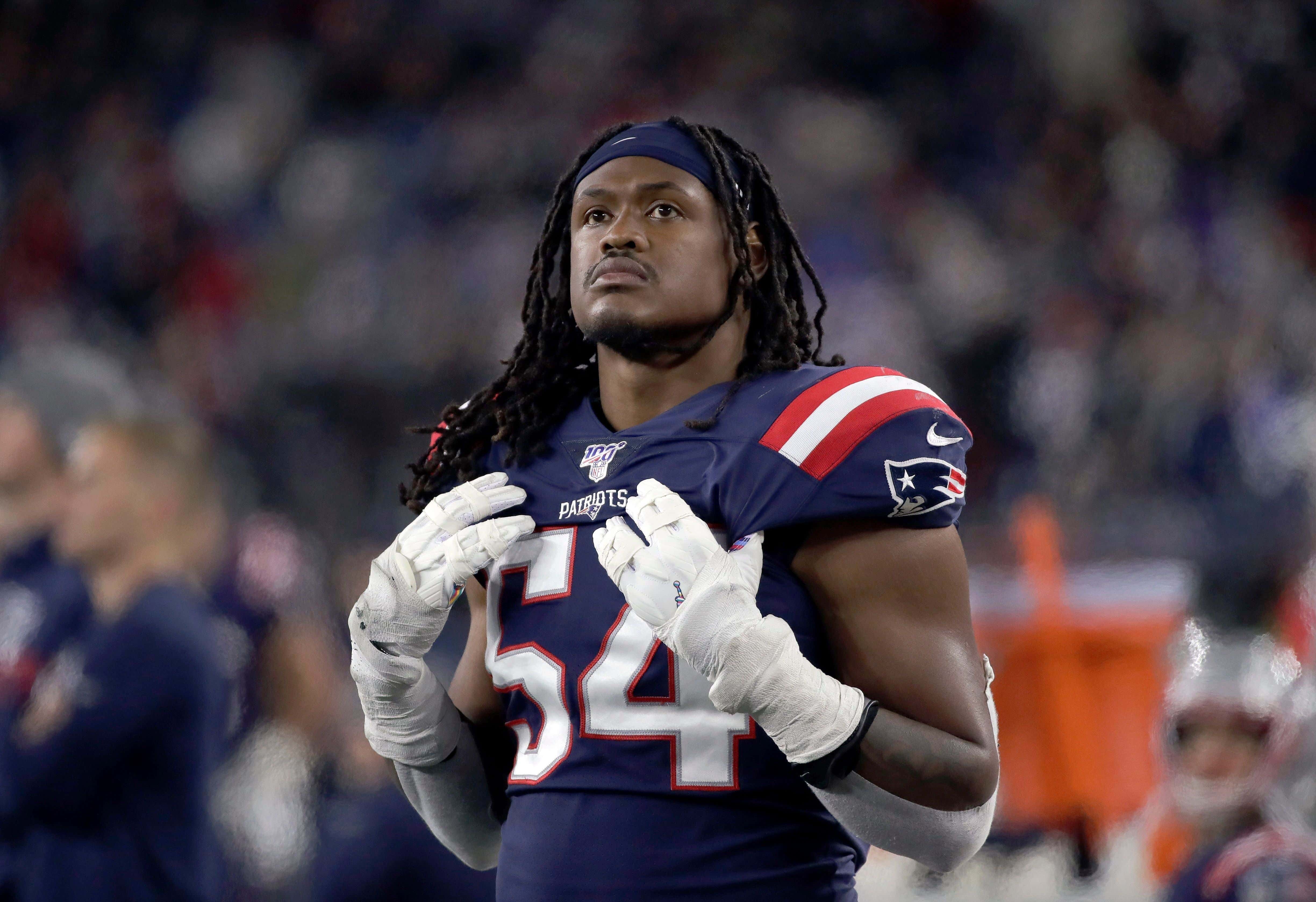 And so it begins. The first pebbles rolling down the hill that start a rock slide that potentially causes the avalanche that threatens to bring the whole NFL mountain down.

This is one team. With one key player, the center hub of the league's best defense last year, a Core-4 special teamer and the fullback who was going to take over for a fullback legend, and a starting right tackle. And it's still early in the process.

I don't imagine anyone is going to hold it against any player who chooses this route. Erring on the side of caution is not in the nature of most football players, otherwise they'd be working in a cubicle somewhere. And these are times unlike any other we've ever experienced. So rather than get into the motives of anyone who chooses to give the 2020 season a wide berth, I'll focus on the more practical matter of what the Patriots do going forward.

It's self-evident that the hugest hole by far is the one Dont'a Hightower leaves behind. One that won't be easy to fill. He started 15 games last year, was second on the team among off-the-ball linebackers in total snaps and led by a wide margin when it came to pass rushes. You can't just slap some Flex Seal on a hole that size with some undrafted rookie free agent and expect it to hold. And Hightower's absence does further damage to a position group that already lost Jamie Collins to Detroit and Kyle Van Noy and Elandon Roberts to Miami.

That leaves Ju'Whaun Bentley, now entering his third year. Before getting hurt in his rookie season, Bentley was arguably the team's best LB. Last year he dropped on the depth chart behind Collins but played all 16 games, finished with 36 total tackles. But for now it appears that he's going to have to become the Alpha it looked like he was destined to be in early 2018. There's potential help for him with second round pick (60th overall) Josh Uche out of Michigan. But the rest of the depth chart consists of Brandon Copeland, Tashawn Bower, Terez Hall, Cassh Malula and De'Jon Harris. Check your closet and see how many of those jerseys you own.

Brandon Bolden isn't much of a loss in the running game, as he's strictly a depth guy for a unit that for now looks like it has all the depth a running back corps should reasonably need. And we all know he's done most of his career damage against the Patriots. Specifically that two-carries for 60 yards and two touchdowns nurple he gave them in the Miami Miracle game. But as a special teamer, he's second only to Matthew Slater, both in terms of snaps and overall impact. It's the reason a running back who's had all of 37 attempts in his last 61 games (1.6 carries per game average) is still in the league after eight years.

Marcus Cannon is a key part of an offensive line that was returning all five starters. And he's been rumored to be one of the guys kneeling in the Opt Out On Deck Circle for days now. I was talking with my brother about this on Sunday and we both felt he had a bit of a down year last season. And my brother has been on Team Yodny Cajuste since before the draft. So there's that. Cajuste was drafted specifically to be the heir apparent at the right tackle spot. So that appears to be in order.

For me personally, losing Dan Vitale will be especially tough. Johnny, we hardly knew ye. These lonely eyes have been looking for someone to replace the dear, departed, though not forgotten James Develin. And Vitale seemed like the perfect man to step into Jimmy Neckroll's mighty shoes. In terms of ability. In terms of work ethic. In terms of his dedication off the field.

To fill that role, they seemed to be in comparatively good shape. Jakob Johnson, who was primed to take over last year, got IR'ed in Week 6. But he's back now. To supplement him, there's potential in rookie tight end Dalton Keene, who lined up mostly as an H-back at Virginia Tech. Though he'll have enough on his plate just learning to be a tight end in this system. Johnson at least is a professional lead blocking back on a team that loves to run out of two-back sets.

Still, overall these losses hurt. Replacing Hightower in particular is a huge challenge. And before this is over, it might end up feeling like these were just the first few among many. Stay tuned.