*not really but whatever

Alright I'm gonna make this quick cuz I gotta get home for lunch but I think it's only fair that Jon Lester gets credit tonight for a no hitter. Hear me out. Cubs squeak out an 8-7 win but in the bottom of the 6th, it's 8-0 and Lester is cruising. He's at 76 pitches and the Reds have failed to hit every single one of them. His best friend David Ross tells him to grab some bench. The bullpen's got it from here. If you're allergic to horrendous bullpen appearances, stop reading. 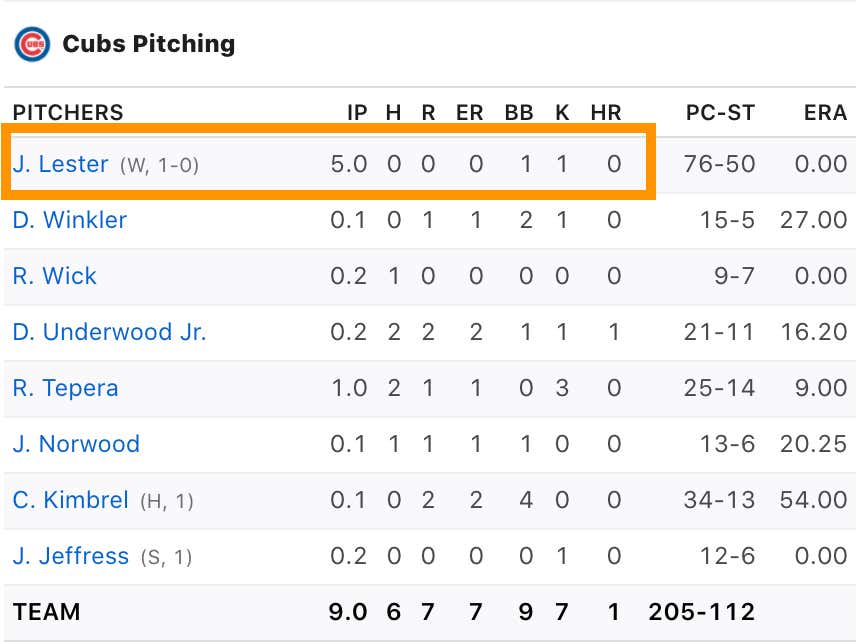 If you're back from cleaning the puke off your shirt, it should become obvious that Jon Lester deserves maximum credit for tonight's effort. In light of the other 7 professional pitchers completely sucking, I think Big Jon gets a little extra sauce to take home from Cincinnati. I'm not saying call Cooperstown and open up a new wing but if we could get an extra column going for makeshift no-hitters from this fucked up season, I think that would be nice.

Elsewhere I cannot stress enough just how shitty the Cubs bullpen is. It's absolutely unfucking believable how bad the bullpen is and I don't even care about numbers. I'm talking eye test. Just sitting on the couch and watching these grown men compete. Nearly everyone looks uncomfortable. I get it's 4 games in but don't tell me this is the best we can do because it sucks.

Fortunately none of it matters because nobody sucked more tonight than Wade Miley. He got absolutely shelled by the right handed heavy Cubs' lineup and it was great to see all those doubles down the leftfield line. I can't remember the last time offensive momentum carried over into a Monday night. Honestly it's been like 3 years so that's awesome.

Last thing - Anthony Rizzo is a cold blooded killer. I talked a lot about him in the Live Blog before tonight's game and cannot stress just how good he looks

If anybody gives a fuck, all the advanced stats said he would have his best year this season. I'm staying positive because the Cubs are in first place and won tonight. But at the same time I need to see what this slim Rizzo could do over 162. Looks and feels like a completely different guy.

Get some rest. We got a game tomorrow.