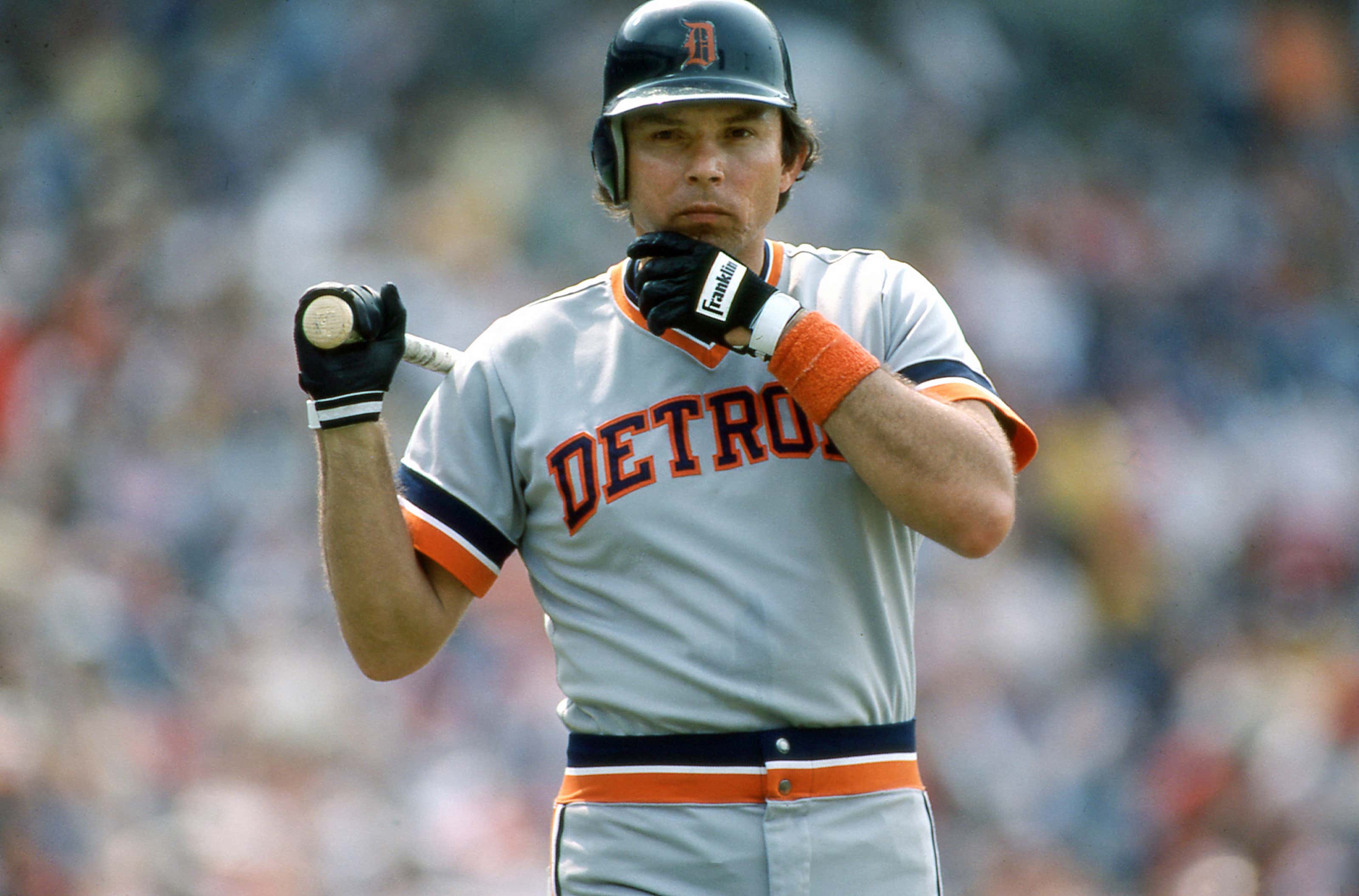 Darrell Evans of the Detroit Tigers hits the 300th home run of his career off Ken Schrom. The homer helps the Tigers to a 3-2 win over Minnesota Twins at the Metrodome. The home run comes at 3:00 on a 3-0 pitch in the sixth inning. The 1985 season would be a career year for Evans, who hit 40 home runs and became the oldest player to lead the American League in dingers at the age of 38.

Darrell Evans was born on May 26, 1947, in Pasadena, California. Evans grew up in a baseball family. His mother and sister played in a professional fastpitch softball league. His maternal grandfather had played minor league ball. After staring at high school, Darrell Evans played baseball at Pasadena City College. Evans was drafted by several teams over three years before signing with the Kansas City Athletics in 1967.

The early part of Darrell Evans' professional career was put on hold as he served in the Marines. In 1969, Evans made his major league debut after being selected by the Atlanta Braves in the Rule V draft. Evans played just 24 games over his first two seasons before he made the majors for good in 1971. That season he also hit his first career home run. Darrell Evans had a breakout season with the Braves in 1973, making his first All-Star appearance as he hit 41 home runs. The following year, Evans was on base when Hank Aaron broke Babe Ruth’s record of 714 home runs.

Darrell Evans played with the Braves until 1976 when he was traded to the San Francisco Giants. Evans had better power number in Atlanta thanks to the launching pad at Fulton County Stadium. In seven and a half seasons with the Giants, Evans hit over 20 home runs just twice. His final season in San Francisco, was Evans best with the Giants, as he had 30 home runs and made the All-Star team for the second time. Following the season, he signed a free-agent deal with Detroit Tigers.

With the Tigers in 1984, Darrell Evans had a disappointing season, batting .232 his lowest average since 1976. However, he got his first chance to play in the postseason as Detroit dominated and won the World Series. Following their World Championship, the Tigers were struggling to live up to the high expectations. With largely the same roster, the Tigers managed by Sparky Anderson held a record of 51-44 and were eight and a half games out of first.

Facing the Minnesota Twins on Sunday afternoon at the Metrodome, the Tigers had Frank Tanana on the mound, while the 45-50 Twins had Ken Schrom on the mound for manager Ray Miller. Each team scored two runs in the first inning as Detroit was sparked by doubles from Alan Trammel and Barbaro Garrbey. The Twins meanwhile were sparked by a double from Tom Brunasky. The game remained tied until Darrell Evans hit career home run number 300, which his 22 0f the season. Tanana would go seven innings for the win, while Guillermo “Willie” Hernandez pitched the final two innings for the save.