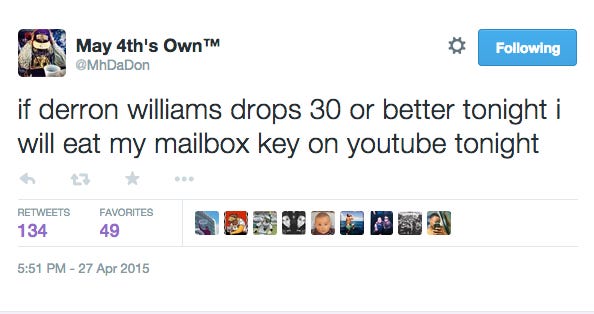 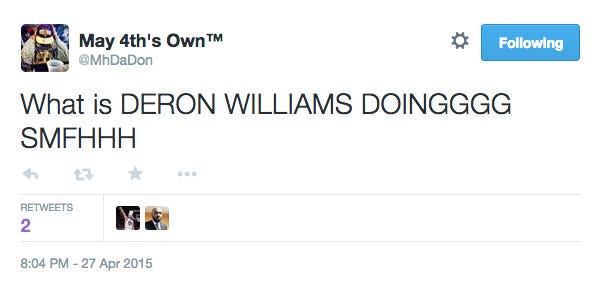 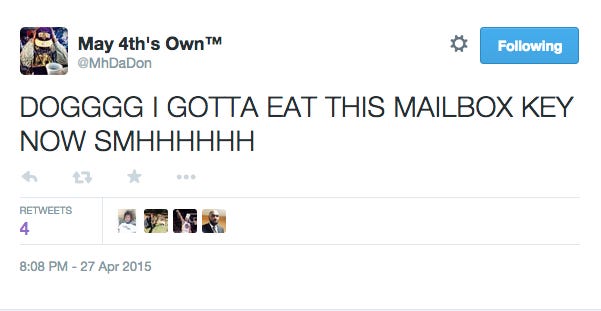 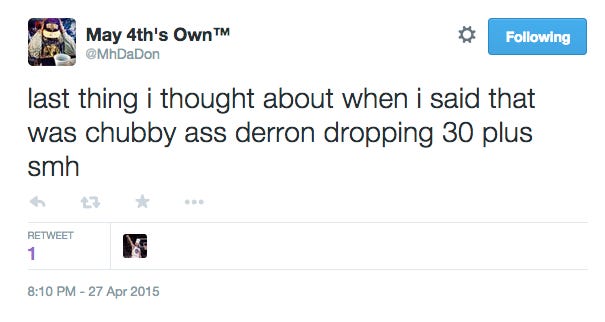 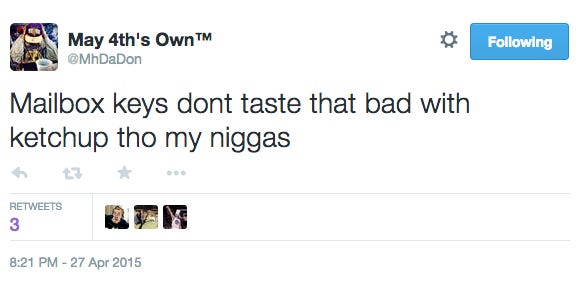 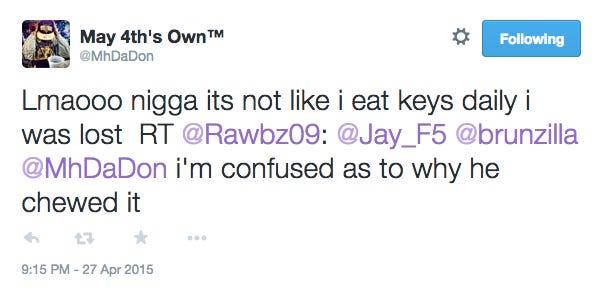 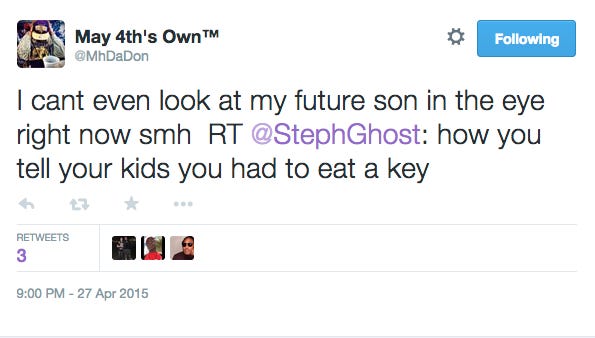 Well dude’s a man of his word. Sort of. He didn’t really swallow the key: 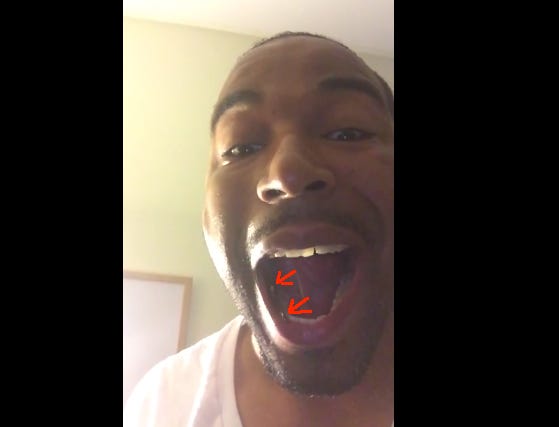 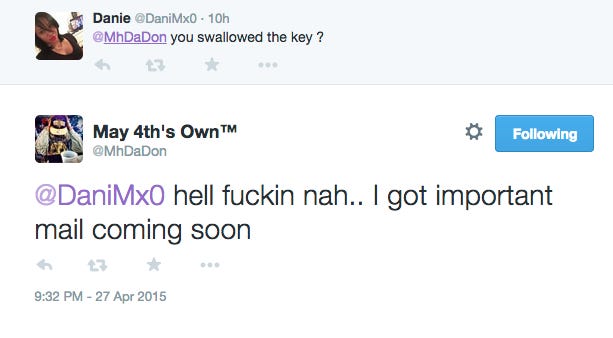 But the build up and the performance was A+. Dude just popping off at the mouth on twitter and then a few thousand followers on the internet shamed him into following through with it. Hanging out in your plaid pajama pants eating a ketchup covered key all because of your internet pride. That is why twitter is incredible.

Also just a perfect example of how black people and black twitter are infinitely more funny than white people. If this was a white kid fake eating a key it would probably be brutally unfunny and I’d hate him. But May 4th’s Own tweets and his on camera performance were absolutely hysterical. And really it was a one in a zillion shot – Deron Williams scored 6 points a game against the Hawks in the regular season. He scored 30 points once this season. There was legit like a 99.9999% chance May 4th’s Own wasnt going to have to eat that key. But thats why the game bets arent played on Twitter. They’re played in real life. And May 4th’s Own lived up to his word. Again, sort of. I didnt really care that he truly didnt eat the key because he followed it up with a tweet that he’s got important mail coming.