So this has been making it's way around the internets this morning and as a wise man (Dente) once said, "There is an old saying that says “You don’t kick a man when he’s down. Well at Barstool we believe the exact opposite.  That’s when you kick the hardest" and that's exactly what I'm doing with this blog.

This is arguably the most important question that's ever been asked at Barstool Chicago HQ:  Is Chief Steve Bartman? It's a legitimate question that we have to get to the bottom of.

Let's walk it back to NLCS game 6 on October 14th, 2003. Luis Castillo is batting against Cubs' ace Mark Prior in the 8th inning. The Cubs were leading 3-0 when all Hell broke loose:

He hits a lazy fly down the LF line and Moises Alou jumps in attempt to make the catch, to which this asshole who goes by the name of "Bartman" reached out, got his hands on the ball and impeded Alou from making the out. Now mind you, the Cubs had an opportunity to end the inning immediately after and committed an error extending the inning, gave up the lead, and blew game 7 too. But Bartman was their scape goat. He received death threats and basically had to contact the vacuum repair man from Breaking Bad to restart his life.

Fast forward to around 10 years later. Chief pops up at Barstool Sports: 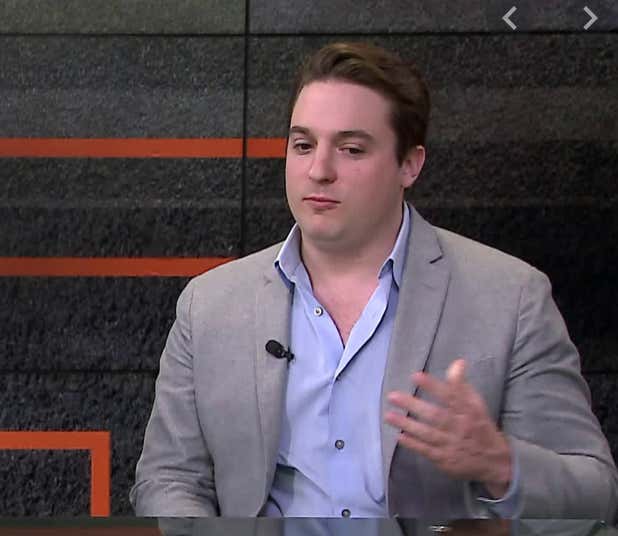 This young whippersnapper was kind of a mystery to all of us. In Chicago, everyone asks everyone else where they went to HS and can more than likely name drop a bunch of mutual friends. It's just how we operate. Chief? Yeah, can't do that with him. He apparently went to St. Charles North HS for a few years, bolted to the east coast for Prep School and came back all willy nilly like he was some normal dude. Is that true?

Well after this picture has surfaced, I'm not so sure:

So is Chief actually Chicago's biggest super villain since The Joker ran a train in Gotham? Is he responsible for blowing the Cubs chances at breaking their ~100+ year curse? Is he living in disguise right under our nose? I mean I love Bartman and would love to buy the man a beer, but the rest of Chicago fucking HATES this asshole. Maybe the whole "east coast prep school" nomad lifestyle he claims to have grown up on is all a front. Maybe Barstool is his version of working at a Cinnabon in Omaha?

I'm not sure. But I'm not not sure either. I think it's something we need to get to the bottom of. I don't want this snake in the grass working next to me in our shit box Ukrainian Village office if he's actually in witness protection or something. Being in his vicinity when his cover is blown is not a good place to be. Someone could very well send anthrax to our office or some shit.

Be on standby for more answers.