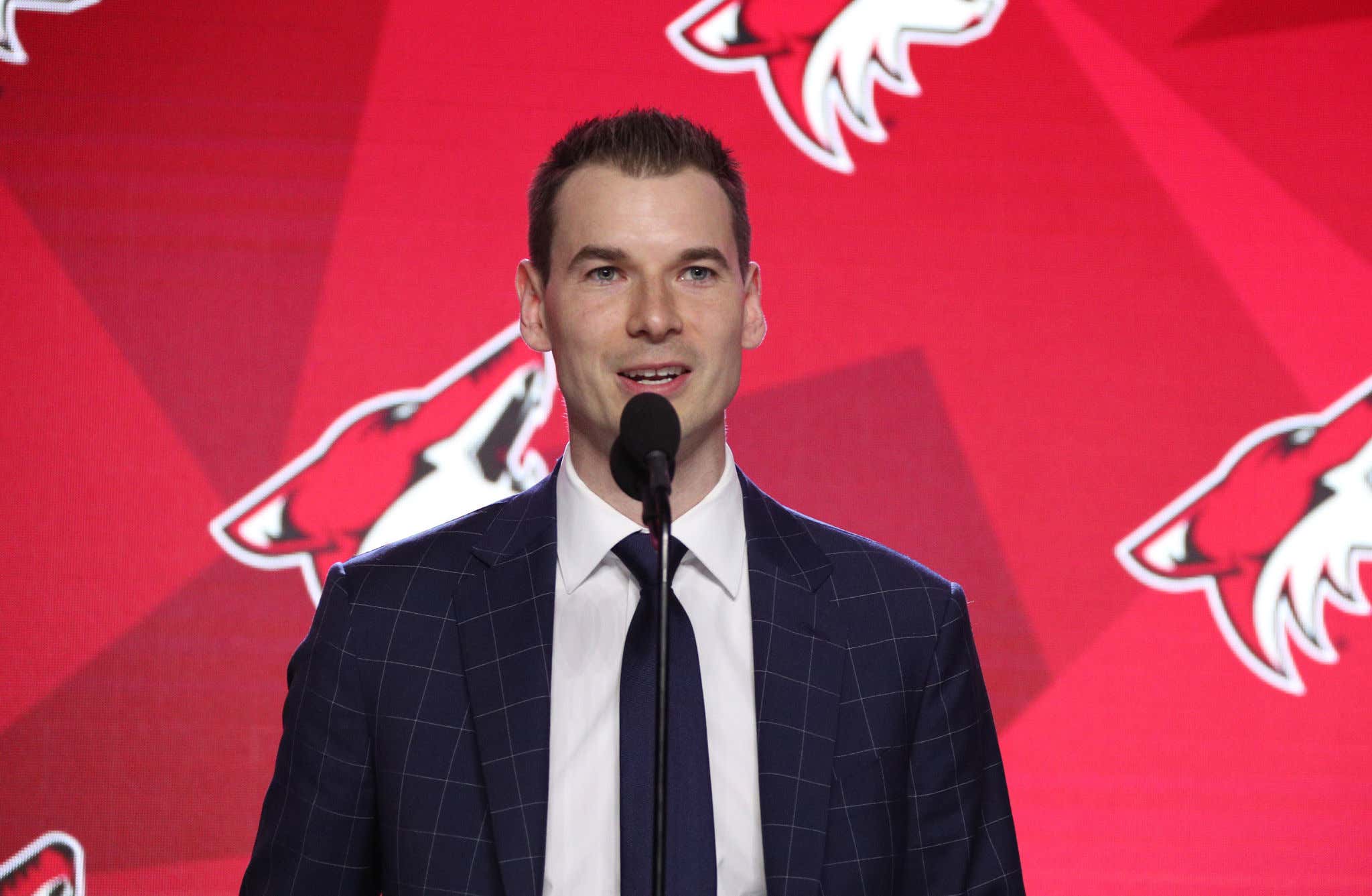 I get it. John Chayka was faced with the option of either A) having to leave Arizona to go live in Edmonton for potentially the next 2 months in the playoff bubble or B) quit his job. Seems like a pretty easy decision to me, and the NHL basically made it for Chayka by picking Edmonton to be one of the bubble cities.

So good for John Chayka that he gets to enjoy the rest of his summer now. But it seems like this story is going to be getting extra juicy as the days go by, and this is about to be an ugly, ugly divorce. We're talking Always Sunny seasons 8 to present Rickety Cricket levels of ugly here.

Coyotes Insider - The reasons for that termination are in dispute, however. One NHL source said Saturday that during the NHL season’s pause, Chayka asked the Coyotes for permission to pursue another “another professional opportunity” that was not with another team and had sought his release from the organization about six weeks ago.

But another source said Sunday that this account is not true.

“John Chayka is a liar and a quitter,” the source said.

Per the source, about a month ago, an NHL owner asked if he could speak to Chayka about an opportunity and was denied that permission by Coyotes owner Alex Meruelo because Chayka had just signed the extension in November (for four more years per one source; for three more years according to another) and had told Meruelo that he and his family were happy in Arizona. Chayka tried to convince Meruelo by telling him that he had been allowed to do so in the past to build relationships around the league.

The thing is that you don't really need a GM for the playoffs or anything. At that point you already have your team set and it's just all up to the players and coaches. So not having John Chayka in Edmonton doesn't mean shit for the 'Yotes. However...well as soon as they lose and have the draft to start thinking about? And then there's also that whole "are we going to re-sign Taylor Hall of what's the deal here" situation going on...well John Chayka just lubed up his fist and is blasting Arizona in the ass with this timing. Less than a week away from the restart and he just bounces to *allegedly* pursue a job with another team. And according to Friedman, that other team could possibly be one that just so happened to fire pretty much their entire front office 6 or so weeks ago.

Sign a 4-year extension, quit right before the restart and have a bunch of signs all pointing towards taking a job with another team. Like I said, this is going to get juicy. What a ballsy move.