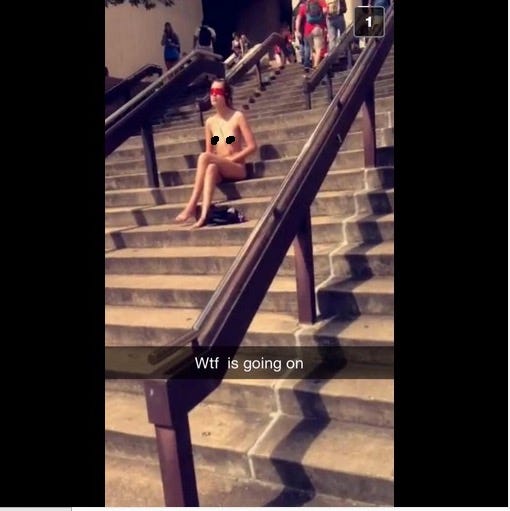 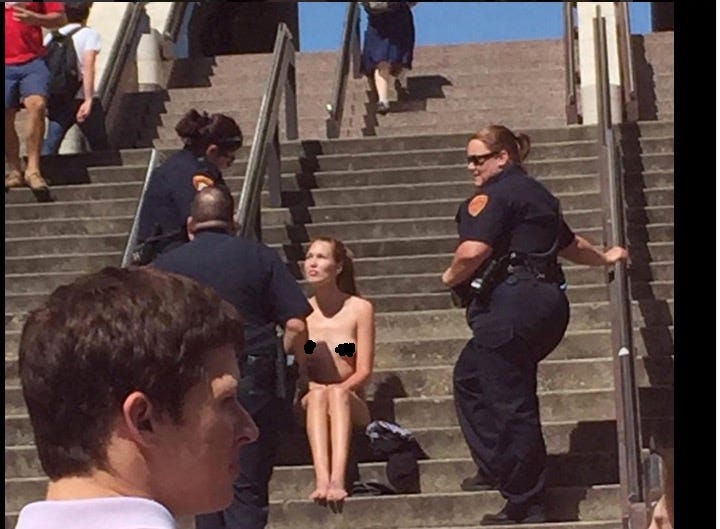 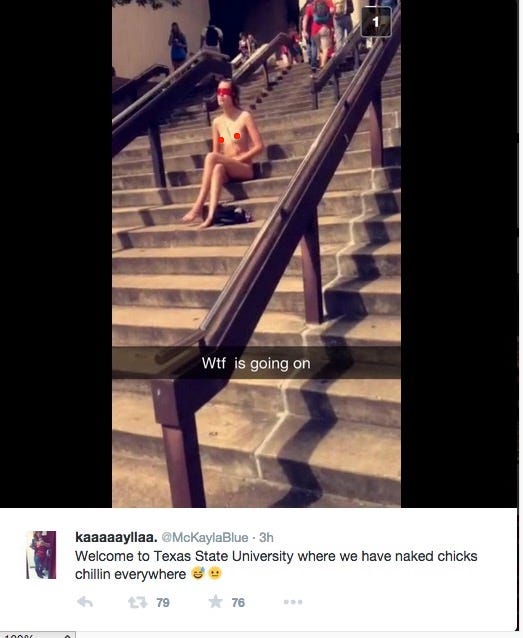 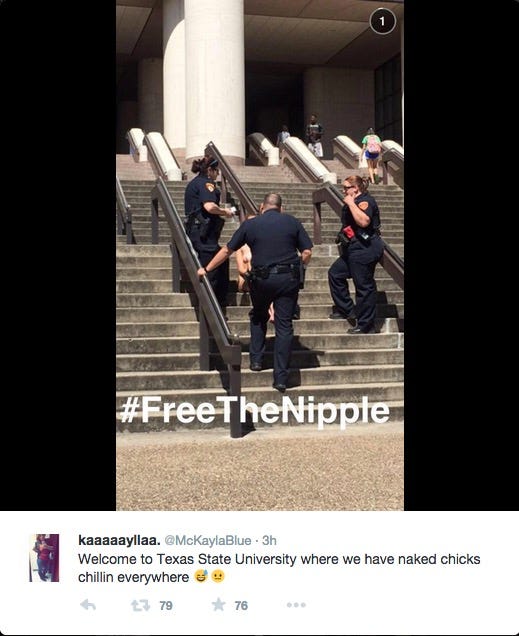 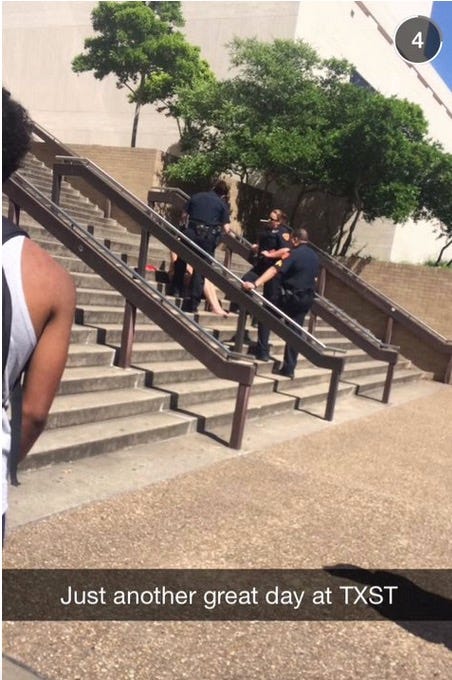 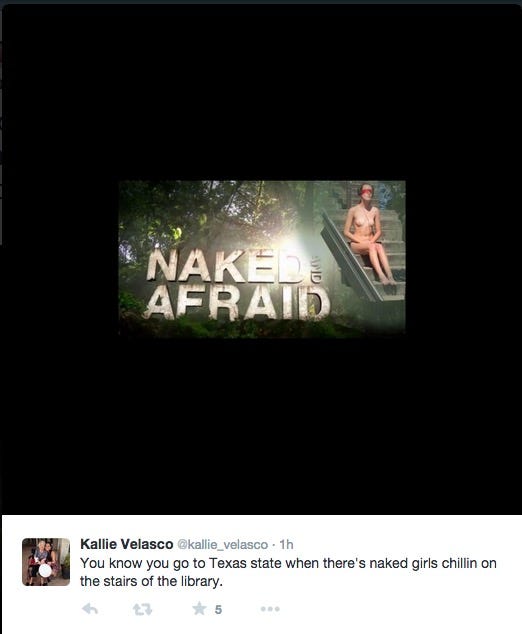 MySanAntonio - Texas State students walking through central campus Monday witnessed an unexpected sight of a fellow student perched on the steps of the school’s library blindfolded and almost completely nude.

Monika Rostvold, who quickly became the talk of campus, said in a phone interview that the 45-minute demonstration was for an art project that focused on fellow students’ reactions and objectification of the female body, said Rostvold, a fine arts senior.

“I wanted people to view my body as beauty and power and not a sexual object,” said Rostvold, a fine arts senior. “The fact that it is Sexual Assault Awareness Month I wanted to create a piece about the standards that exist in our society. Being a victim and having friends who are victims of sexual assault I wanted to take control of my body by eliminating my presence and exposing myself.”

“At first, everyone was like ‘what the heck?'” Rostvold said, adding that people were also being rude, touching her and getting close to take photos of her blindfolded face. Two of her classmates documented the reaction with a video camera while Rostvold sat in the busy area wearing nothing but a nude-colored thong and pasties.

But, once the Texas State Campus Police arrived and allowed her to carry out the rest of her project — proving the activity was not illegal — “everything changed,” Rostvold said.

This is not something the art student does all the time — it was her first live artistic performance and she was “very nervous.”

Not the worst thing to stumble across when you’re exhausted and hungover heading to your 8 AM Monday morning class. Just a somewhat cute chick sitting on the steps all naked and shit for “art” or whatever. Damn I miss college.

Pasties and nude colored thong is kind of a cheap cop out move to be honest but still, whatever, get on with your bad semi naked self girl. #FreeTheNipple