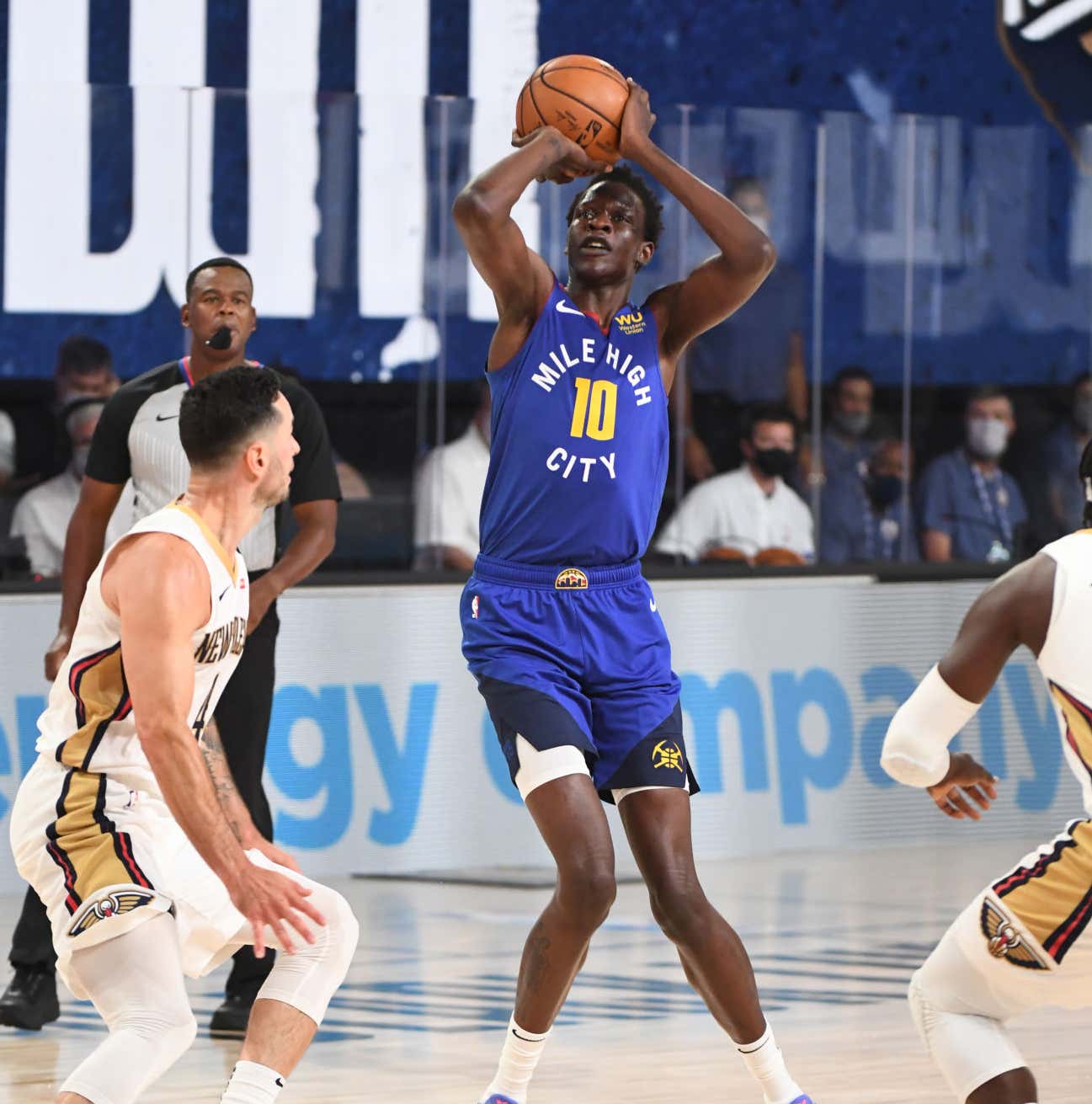 What do you get when you combine Michael Jordan, LeBron James, Hakeem Olajuwon, Steph Curry, and Manute Bol? You get this

That's right, Bol Bol was back in action yesterday and if you thought his debut was good but a fluke, you my friend are not paying attention. Also, don't let your jealousy get the best of you and hate on this kid because you're upset your favorite team didn't take him. Anyone could have had him, the dude went 44th! It's hard to argue that from a basketball standpoint Bol Bol is clearly the king of the bubble. Sure LeBron and AD look good, Ben Simmons made a three, Giannis is a fucking monster, but they are not putting on the show that Bol Bol has through two scrimmages.

You can also spare me with the whole "these games mean nothing who cares" nonsense. Have some fun for me one time and enjoy something awesome. If you don't think it's hilarious to see this 7'2 guy block everything in sight on one end, then push the ball himself basically becoming a point guard and then splash threes well then you stink. Nobody is saying this raises the Nuggets ceiling or anything like that, he'll probably stop playing once the real games/playoffs start, but if you're a Nuggets fan I don't know how you wouldn't be ecstatic about the future potential of a Jokic/Bol Bol frontcourt.

I have to admit, I was curious to see if his game would come back down to earth after that debut. We were all a little excited for basketball to be back and Bol Bol's performance sort of took NBA Twitter by storm. It was the first time in four months we all got to react to something together which was incredible. Well now I'm starting to think his talent and skillset is real and succeed at the NBA level. It breaks your brain a little bit watching him do these things, but that's what makes it so much fun.

So sorry Stan Van Gundy, I feel confident that after two meaningless scrimmages it's only right to declare Bol Bol is the next big thing in the league. Zion had a good run, but this is Bol Bol's league now.