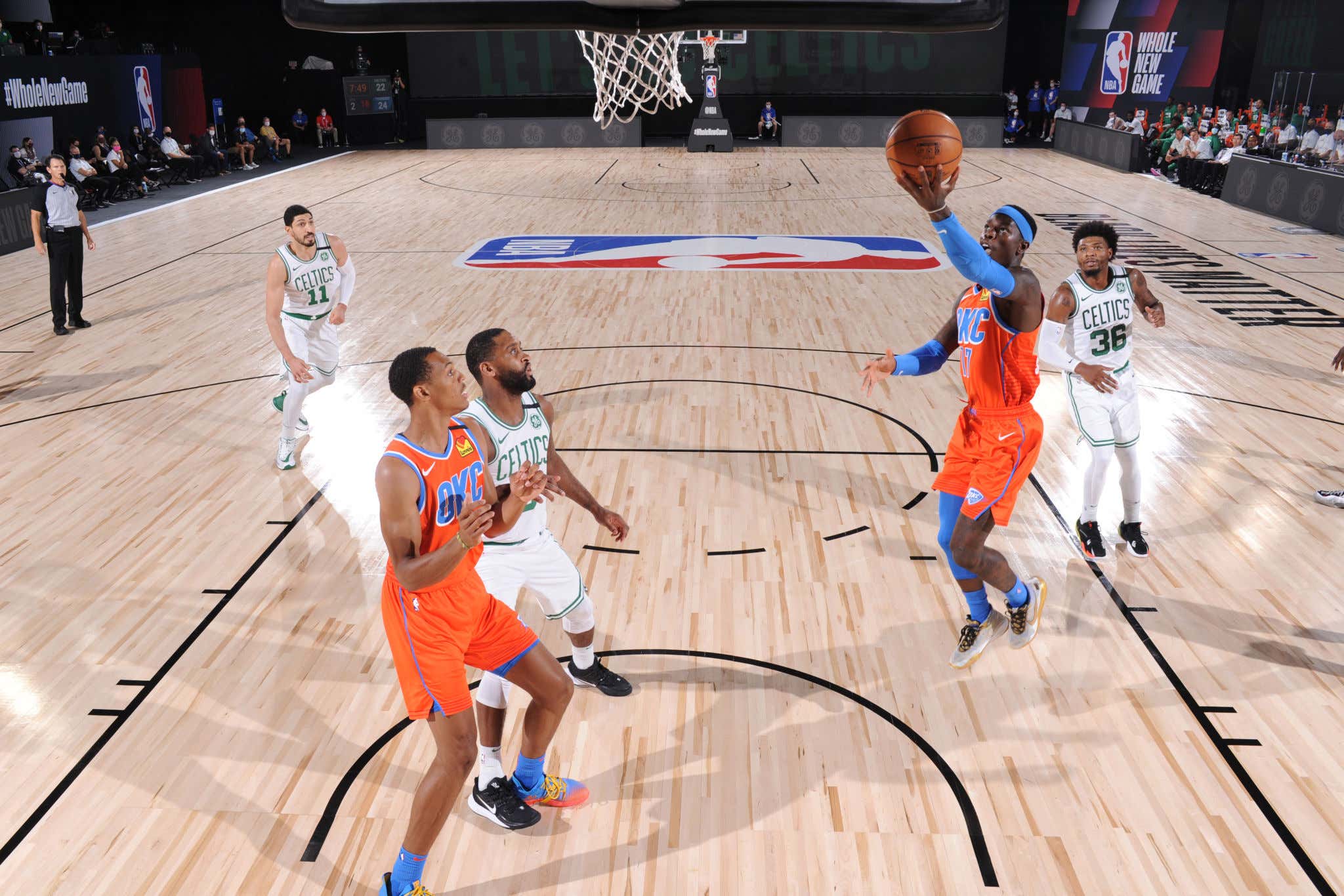 Scrimmages are a lot like Summer League games and preseason games in that you'd be silly to form any sort of concrete opinion one way or another based on what you see. Having said that let's all be honest here for a second. We're saying that because the Celtics looked like shit yesterday. It's possible to understand that yesterday's first taste of action in four months doesn't mean anything in the big picture while also admitting that what you saw with your own two eyes yesterday was some terrible Celtics basketball from pretty much everyone involved. I know what this team looks like when it plays like dogshit and that's what yesterday was. Call it rust, call it whatever you want, but what I do know is that had the Celts looked fantastic yesterday and beaten a quality opponent, you wouldn't really hear the "scrimmages mean nothing" angle. To me, it all matters whether the games count or not. How could it not? I guess I'm just of the line of thinking that if this team is going to play, I prefer they play well whether it's a scrimmage or Game 7. You saw other teams look good in their first bit of action so why shouldn't we expect that from this team? After we heard all about how good they look? Where was that team?

Now we also have to address that because of the weird rotations in this first game back and Brad only going 8 deep in the first half on purpose, things unfolded in this game that might not happen in a regular game. For example, with how Stevn Adams got in that ass, Brad I would hope is going to put a bigger center on him much much sooner to limit the damage. You also factor in who started the second half and I get that things were different. But that would let the starters off the hook in my opinion and there were plenty of problems in this game during the regular guys getting their minutes.

So by now you know the drill. We dive in whether it was good or bad, we don't run from it. Let's get started.

- Out of all the starters, I think we all agree that Jaylen looked the best. To me, he looks like the one who is most ready and in mid season form. The touch was there, the aggressiveness, the handles, to me he was one of the few bright spots. He had 9/3 in his 16 minutes on 50% shooting which was nice, a little trouble not fouling which you should keep an eye on, but to me he looked good.

- I know he has his limitations, but Tremont Waters is making it harder and harder for Brad to justify giving reserve guard minutes to anyone else. That's just a fact

You look at how he played compared to Carsen or Wanamaker and it's like you're watching a different sport. His hands are so damn quick that even though his size is an issue on the defensive end, he has great positioning and finds a way to poke the ball loose against bigger defenders. When it comes to his passing he's probably the best natural passer on the team outside of like Smart, and if you're looking for a guy to give you 5-10 minutes in a reserve PG role, why can't it be Waters? Now we should be completely honest, his shooting is still pretty terrible, but he probably had the best overall impression of anyone yesterday.

- He can turn it over at times, there will be some missed bunnies that will make you want to claw your eyes out, but Enes Kanter can be effective against second unit bigs

His offensive rebounding is still a huge asset for a team that doesn't really have anyone else who does that, and I'd say his defense wasn't completely terrible last night. The problem was a lot of this production came when the game was already out of hand. While things were close, we saw some of the bad Kanter which only made things worse.

- I thought both Marcus Smart and Jayson Tatum had very active hands on the defensive end. Felt like they were deflecting everything and they finished with 5 combined steals.

- You know what I didn't know was a thing? Robert Williams hitting jump shots? When did that happen. I actually don't think Timelord played that poorly, he's such a massive individual had he gotten first half minutes my guess is things would have been tougher for Adams. His role is pretty simple, defend at a respectable level, rebound, and finish lobs coming off the roll. He showed me last night he can do all those things

- It felt great just to have this team back in our lives again, I can't lie. All the frustration you get watching them struggle offensively felt wonderful. I gave this scrimmage a C- mostly because I was just excited to have them back. Once that wears off though they are going to have to show a much better product.

- Right away we saw one of the things that makes me nervous about this team. I'm not sold they can shoot. I made a joke the other day that I was excited for them to start 3-11….which they promptly did. Their 17 points on 40/12% splits in the first quarter had them in an early hole and it was everyone. Tatum couldn't make anything, Hayward started slow, Smart did the thing we all hate where he decides to be a shoot first player when making a spot start an 3 of his first 5 shots were threes…..which he missed.

This shouldn't really be a surprise, the Celts are more often than not streaky shooters. We know they struggle in catch & shoot scenarios if you watched them play this year. That's the thing that worries me and I don't care that this was just a scrimmage. This team's knack for getting off to slow starts offensively combined with zero defense is a recipe for disaster.

- The guard defense from pretty much all of them was so bad. Nobody could stay in front of OKC's guards to save their life. SGA got wherever he wanted, Schroder abused the reserves, and CP3 picked them apart. It's not like not having Kemba was the issue, some of their best defenders didn't exactly show any willingness to defend.

- This team let Abdel Nader score 11 points on 5-9 shooting. I think I said all that need to be said there.

- Listen, it's not fair, it makes no sense, but Tatum is going to get shit for his 1-6 performance given all the golf he plays. I could give two shits about that and don't see how it matters, but it's going to happen. Especially if he struggles this weekend too. His night was pretty much everything we want Tatum to not do. Settle for long twos, miss layups, only get to the line for two FTs. This looked like MIL series Tatum to me and that is not what I wanted to see.

- Carsen man, I just don't get it. He has every opportunity to carve out a role on the second unit but the man's shot just won't fall.

- How the hell are you not going to give us Tacko minutes in a fake game you are getting killed in? What kind of shit was that?

- You'll never believe this but Brad didn't call a timeout during a 12-2 run and the game got out of hand. They never recovered. I guess when you have a wire to wire loss that tends to happen.

- One of the more frustrating parts of this game wasn't just the offense, but the fact that they could not defend without fouling. A 22-15 foul difference led to a 19-10 FTA difference. You combine that with OKC making 2x as many 3PM and no wonder the Celts were down by as much as 18. Call it rust if you want, I call it annoying as fuck.

As great as it was to see this team play again, don't let that be an excuse for how they played. I look around the league and see teams that consider themselves contenders not miss a beat. This team is healthy and rested so I expect them to be able to win a scrimmage like this. Hopefully this can serve as a nice wake up call that maybe they shouldn't believe their own press clippings, because the quality of basketball we saw yesterday is not going to cut it once things count for real.