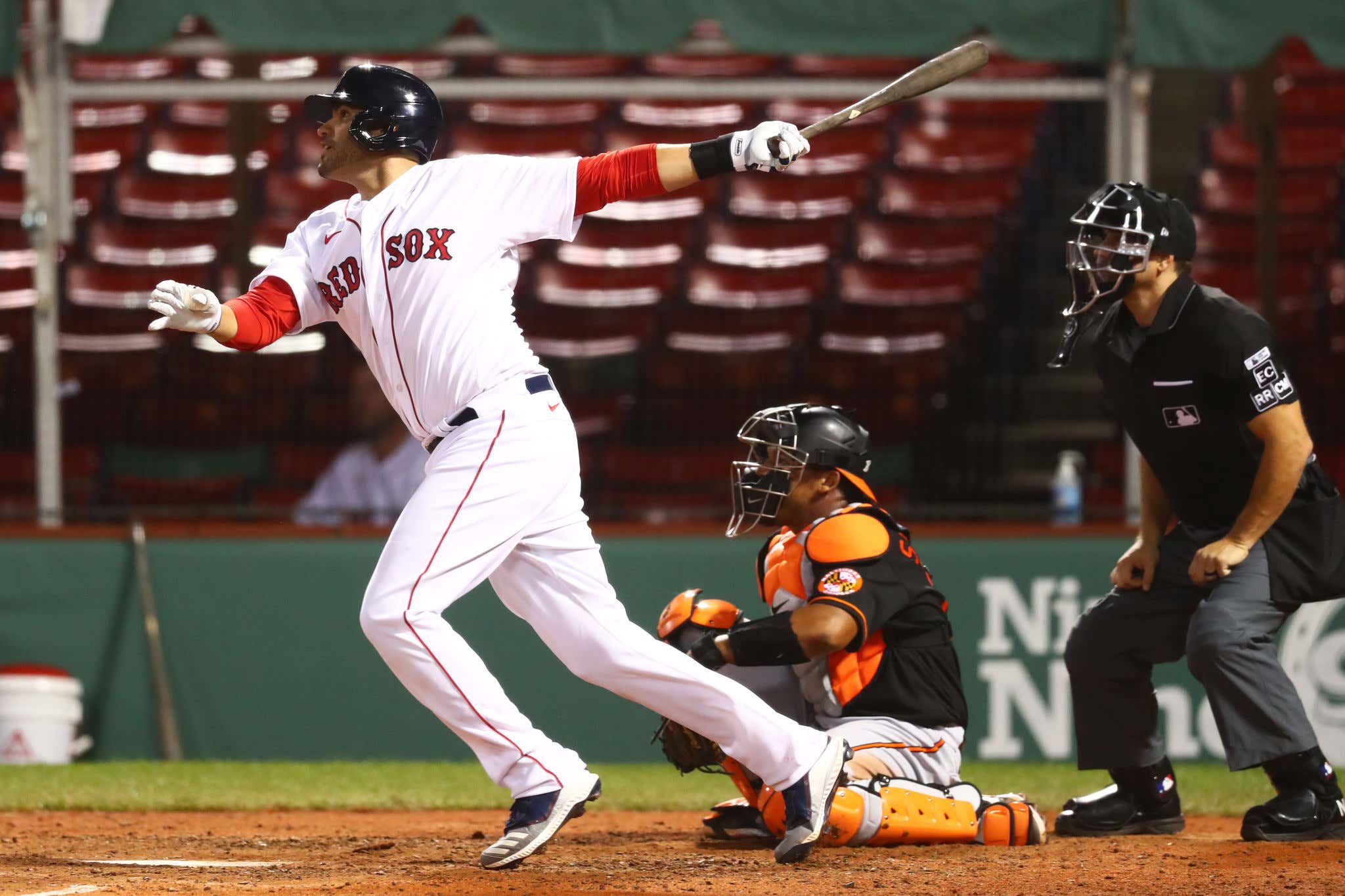 I know you're probably expecting an over the top knee jerk reaction to just one game against arguably the worst team in baseball, but that's not what we do here.

The Red Sox have the best offense in baseball. That's just a fact. Nobody is putting up runs like this. There is no close second. The last time a team had eight doubles on Opening Day was back in 1936. FDR was still in office the last time a team did what the Red Sox just did. Al Gore was still the length of Mookie Betts' 12-year contract extension away from being BORN. Boston scored 13 runs on 17 goddamn hits and they DIDN'T EVEN HIT A HOME RUN.

You may be asking yourself -- hey Jared, why are you yelling? It's because I'm excited. No, not because the Red Sox demolished a really bad team. No, not because the Red Sox won one single baseball game in July. It's because baseball's back, and I really, really missed it. Like, a lot. This is my happy place. Watching baseball, tweeting live baseball highlights, blogging baseball, podcasting baseball, and going to baseball games. I won't get that last one, which sucks, but I'll take whatever I can get right now.

Eovaldi was feeling himself on Friday night. Had an at-bat earlier in his start against Jose Iglesias where he wouldn't abandon the heater. Just kept coming at 'em with 99 until he won the battle. Nuts on the table, alpha dog type shit. He ended up going six innings of one-run ball with five hits, a walk and four strikeouts. Under normal circumstances, he's coming back out for the seventh at 89 pitches, but all teams will be proceeding with caution the first couple of times through their rotations as we get things going in 2020.

To your point, yes. It's the Orioles. They suck. Everyone knows that. However, let's not forget just how important it is to start off a season on the right foot, regardless of who your opponent is. The 2019 Red Sox shit down their leg for the first month of the season, and they never recovered. Playing awful teams to start the season? Take advantage of that. We might not be talking World Series in 2020 for this Red Sox team, but with the playoffs expanding from 10 teams to 16, they could very well get into the dance. And if they do that?

Nah, they still won't win the World Series, but it would be dope to see some unexpected postseason baseball after all the kicks to the dick this fan base has gone through over the last few months.