*According to a video game

Ho-ly shit it felt good to write that headline and see that celebration in my lifetime. It may have been happened on Little Jeffy Wilpon's PS4 that was taken away when he cost his family potentially hundreds of millions of dollars. But a team that wins a virtual World Series is as much a champion in my book as a team that wins a 60 game season where more than half of the sport makes the playoffs.

At the beginning of quarantine when we didn't know if any sports would be played again in 2020, video game simulations were all we had and we rooted our hearts out for virtual players playing a kids game instead of humans playing a kids game. Now all of a sudden what happens in those games "don't count" because they "don't have actual living baseball players playing the game"?

What a bunch of malarkey! My eyes, ears, heart, and brain know what they saw in that video and it was the New York Metropolitans earning a title just as much as any team will on a diamond this year, if not more so. And there is nothing you can show me that can completely invalidate that. 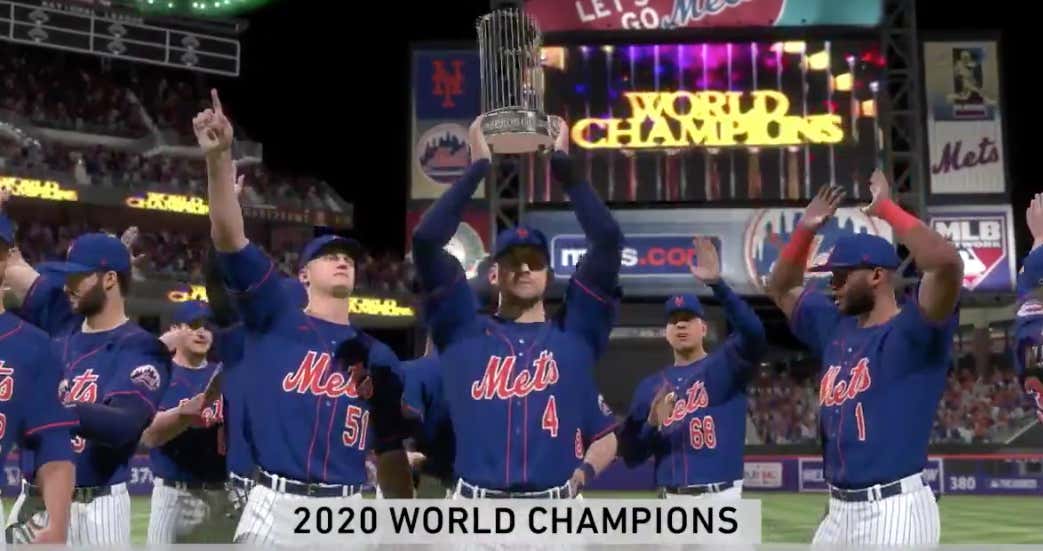 Fuuuuuuuck, out of EVERYONE on the roster, The Show had to pick Dead Lowrie to raise the trophy after he has seen the field about as much as you or I the last two years? Least believable thing ever even for a team that begs its fans to believe on a yearly basis. World Series invalidated. Guess we gotta go out and win the next real World Series, preferably with Uncle Stevie Cohen at the top of the org chart.

P.S. If COVID wipes out this season, I am erasing the end of this blog then officially declaring the Mets the 2020 champions and there's nothing you can do to stop me (Unless you have editing privileges on Barstool, which means you are one of my coworkers in which case I pre-emptively challenge anybody who would do that to the next Rough N Rowdy).