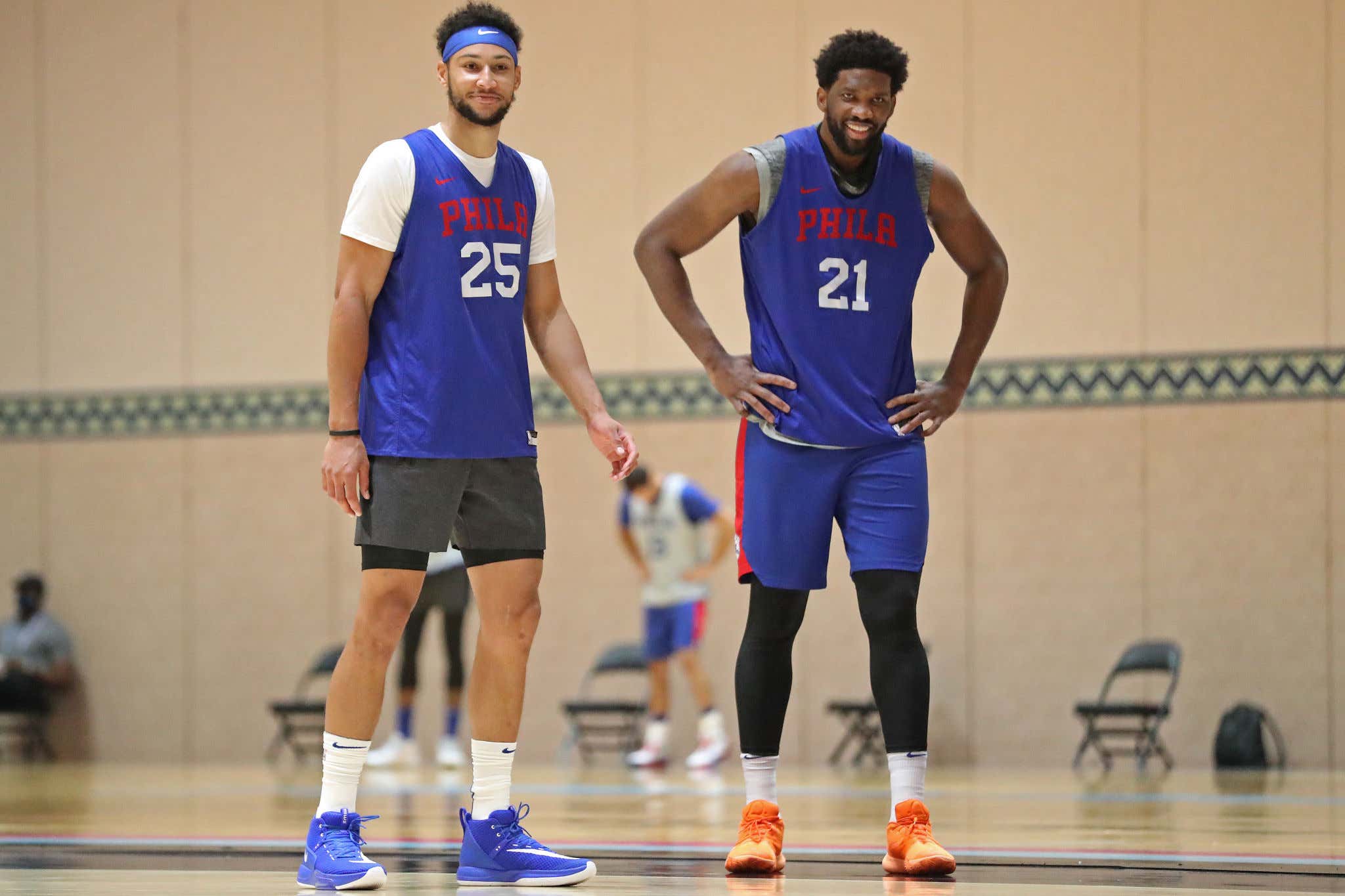 While the first two days of scrimmages did not disappoint, today's slate I think is what I'm most excited to see so far and it's not just because the Celts are playing. All three of the matchups tonight are intriguing as hell with 5 of the 6 teams considering themselves to be legit contenders. Things get started at 3:30pm EST so just like with the first two days let's talk about some things I'm interested in seeing from everyone involved.

I have to imagine it's been pretty annoying as a Grizzlies fan to hear people put every team under the sun in that 8 seed instead of the team that ya know, was in that spot for the entire season for the most part. It's not like they forgot how to play basketball or anything. Ja Morant still exists, Jaren Jackson Jr is alive and well last time I checked and did you know he's shooting 39% from three with 2.5 3PM a night? So right off the bat that's what I'm excited to see. That production from deep was a huge leap from his rookie year, so does he still have that touch after a 4 month break? It's also must watch stuff whenever Ja is on the floor so I'm interested to see how they both respond against a PHI defense that is no joke, especially when healthy.

If the Grizzlies want to hold onto that 8 spot they are going to need to show they're capable of defending, they gave up 113.7 points a night before the hiatus and the Sixers will certainly be a good test for that.

For the Sixers, it's pretty simple what I think we're all excited to see. Ben Simmons at the 4 in that dunker spot.

The word out of Sixers camp is that it's going to save their season, well let's see what it looks like. Who the hell knows why its taken Brett Brown so long to finally make this adjustment, but that could potentially solve a lot of their issues. There's also all that footage of him taking threes in practice, will that finally translate?

I'm also interested to see if they are showing signs of figuring out the Embiid/Horford minutes that they are on the floor together. Essentially, it was a disaster this season. In 535 minutes together they have a -1.3 net rating. Of all the pairings that have played at least that many minutes together, it's the only negative net rating the Sixers have. We'll also get our first look at Shake Milton in this new starting point guard role which the Sixers are pretty much banking a whole lot on working out.

If you were to talk about guard play, it's hard to make a case that the Thunder don't own the best collection of guard production in the entire league. I know Harden/Westbrook exist, but the Thunder have three legit guards that can take over at any time. Shai Gilgeous-Alexander leads the team at 19.3 points a night, then you have Schroder off the bench with 19, and Paul is having one of his best seasons in years with 17/5/7.

You sprinkle in the shooting of Gallo, the defense of Steven Adams and Lu Dort, I can understand why there is some hype surrounding this team.

Where I question them and what I'm interested in seeing is how the non stars perform. Who is going to be the young guy that steps up and makes a difference? Could be Dort as a beast defender, could be Diallo or Darius Bazley. Someone is going to have to if this team wants to make a deep run, so I want to see who that might be.

For the Celts, I mean I don't need to explain why I'm excited or what I'm interested to see. We know Kemba isn't playing and that's fine by me. Brad also said the starters will be limited so once I get my taste of how the two Jays look, if Hayward is aggressive, and a few Marcus Smart winning plays my attention will focus to the second unit.

Will Romeo continue to defend at a high level and is his shot any better? Can Carsen actually make some threes? Will Timelord stay healthy and how do his rotations look. And obviously most importantly, the Tacko minutes. I cannot wait for the Tacko minutes.

So Austin Rivers left the bubble today for a family emergency, but from what I can tell both Harden and Westbrook are going to play. We know what they are capable of

but now that the Rockets are committed to their new style I'm interested to see how they handle a team like the Raptors that have some legit size. If they go big with Gasol/Ibaka, how do the Rockets match up with that? Do they just say fuck it and try and overcome that with math? PJ Tucker will take one of them, but it's not like the Rockets are built to handle size.

I'm also interested to see how Eric Gordon looks because he's a wild card for this team. I feel like he's always hurt and if he looks great and can be that consistent third scorer for this team, that should calm Rockets fans nerves.

For TOR, you have to give respect to the defending champs, but this is also a team that was 11-14 against teams .500 or better. They didn't exactly show us that they can be as elite when playing good teams, so that's definitely something I'm interested in seeing. The Rockets are a weird case because nobody else plays this style but it'll give us a good idea of what their perimeter defense looks like.

I also want to see how Siakam looks considering he is having an All NBA season, and if their experience of being together for a while now translates into bubble life. It's a weird situation for everyone so having that continuity could be extremely valuable.

Either way, Day 3 is shaping up to be yet another day of awesome basketball. The first two days lived up to the hype so I see no reason why this slate shouldn't do the same. Only a few more hours to go and then we get Friday afternoon basketball so once you're done reading this blog make sure you do all your work so you can enjoy the action guilt free.