I've had a lot of people ask me to break down each person on this list, and since it's opening day, I felt that today was the perfect day to do so. I'll give a brief history of the banned list and then get straight to the meat and potatoes. As our president would say...

Anyways, it goes like this: the banned list is meant as a way to ban those who have either

A. Lost hope in the rebuild or a specific core player of the rebuild too early and won't stop bitching about it
B. Shunned the White Sox
C. Forgotten about them altogether

I'll go one by one to make it simple 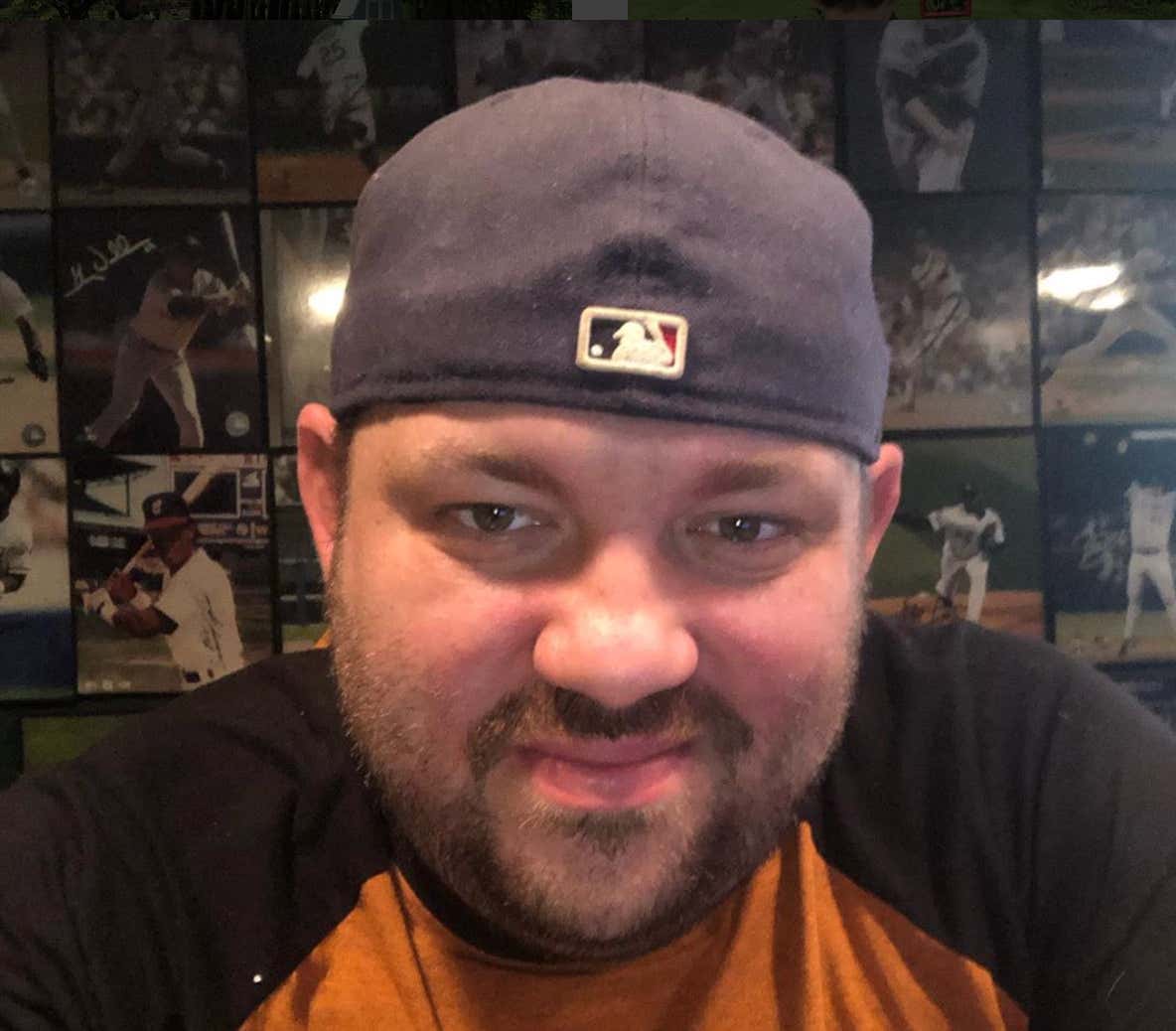 Look at this fucking guy. Just reeks of New Balance shoes stained green from cutting the grass, cargo shorts, and AWFUL takes. This asshole is the reason the list exists in the first place. He is well known amongst fans as having the "worst takes on the internet" as far as White Sox baseball is concerned, but what makes him such a dickhead is how much he relishes and basks in the fact that he's got the least amount of baseball intellect possible. His infractions range far and wide; from trashing Moncada after 30 plate appearances, to never shutting the fuck up about Dayan Vicideo or Courtney Hawkins, to hating Paul Konerko and Scott Podsednik. This moron was the first person to dub the rebuild a failure before it ever started, and now that he knows they're gonna be good for a long time, he is all roses and gum drops about them. NOPE! Not on my watch Ken, you fuck

The fastest way to getting put on the banned list is to be critical of the banned list itself. Brian M here did that and was promptly banned. I mean this when I say this, Brian - Fuck you, you unfunny dickhead

Simple and probably the most common infraction that has caused banishment.

Called a 21 year old pitcher and 23 year old hitter busts before they even had a chance to be good. Fucking idiots are so hellbent on instant gratification that they don't realize a lot of good things take time. Moncada was always going to be a star, it was just going to take a minute. Someone with a National following like Tom Verducci should realize that, but I guess he doesn't.

This was the first person added to the list that I can't remember or find the reasoning for. I'm sure it was something about Moncada and him striking out too much a few years back, but I will say this: Gary Kern 69 is allowed to make an appeal and get himself removed from the list. A simple video apology will do the trick. After scrolling through the tweets both him and I were tagged in, nothing I found was that outlandish.

Wore Cubs regale after they won the World Series. I sprinted so fast to my phone to band him that I blew out my hamstring.  Disgusting, abhorrent behavior that should NEVER be found in the White House. 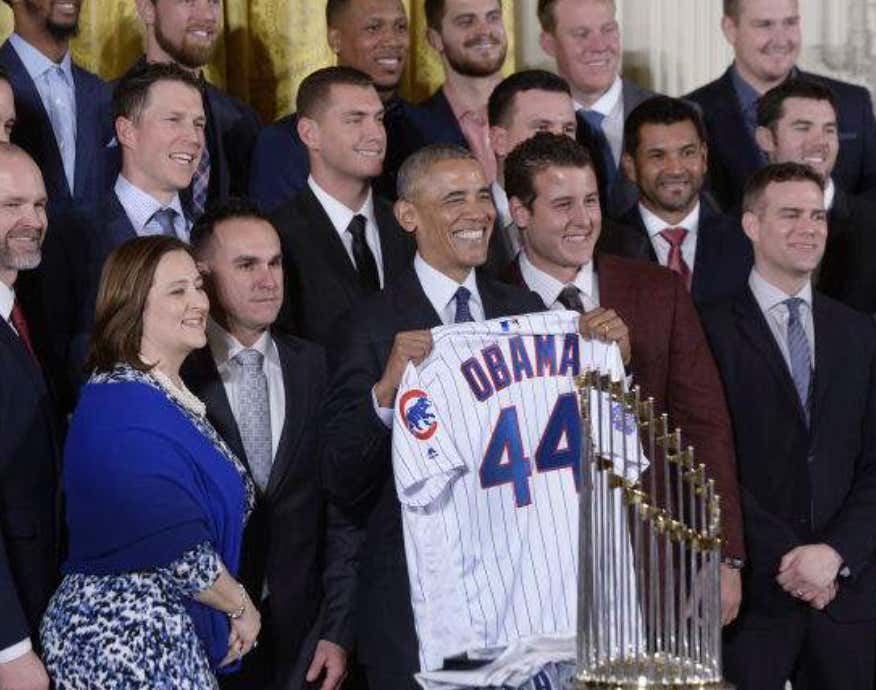 Should been impeached for this

People tell me to ban him all the time, but again, for trash Moncada takes. People still tag me in tweets with him and he more or less will not admit he was wrong about Moncada and wants him to fail

Disgusting behavior fully on display from the lifelong south sider that has his own hat line with the White Sox. Banned for life and there are no appeals (unless he wants to come on Red Line Radio or something then I'll cave)

Cannot root for the Sox in 2005 from behind the dugout at the World Series and then do the same for the Cubs in 2016. Just can. not. do. it. Lifetime ban. That said, he was funny about getting told he was no longer allowed to root for the White Sox:

The first person to get a lifetime and afterlife ban. He was RELENTLESSLY impatient with Moncada and other prospects 2 years back, despises Barstool and hates me and anyone who follows me. He blocked me, so I can't dig up all of the tweets of him telling me to fuck myself, but has also been suspended from Twitter as well. 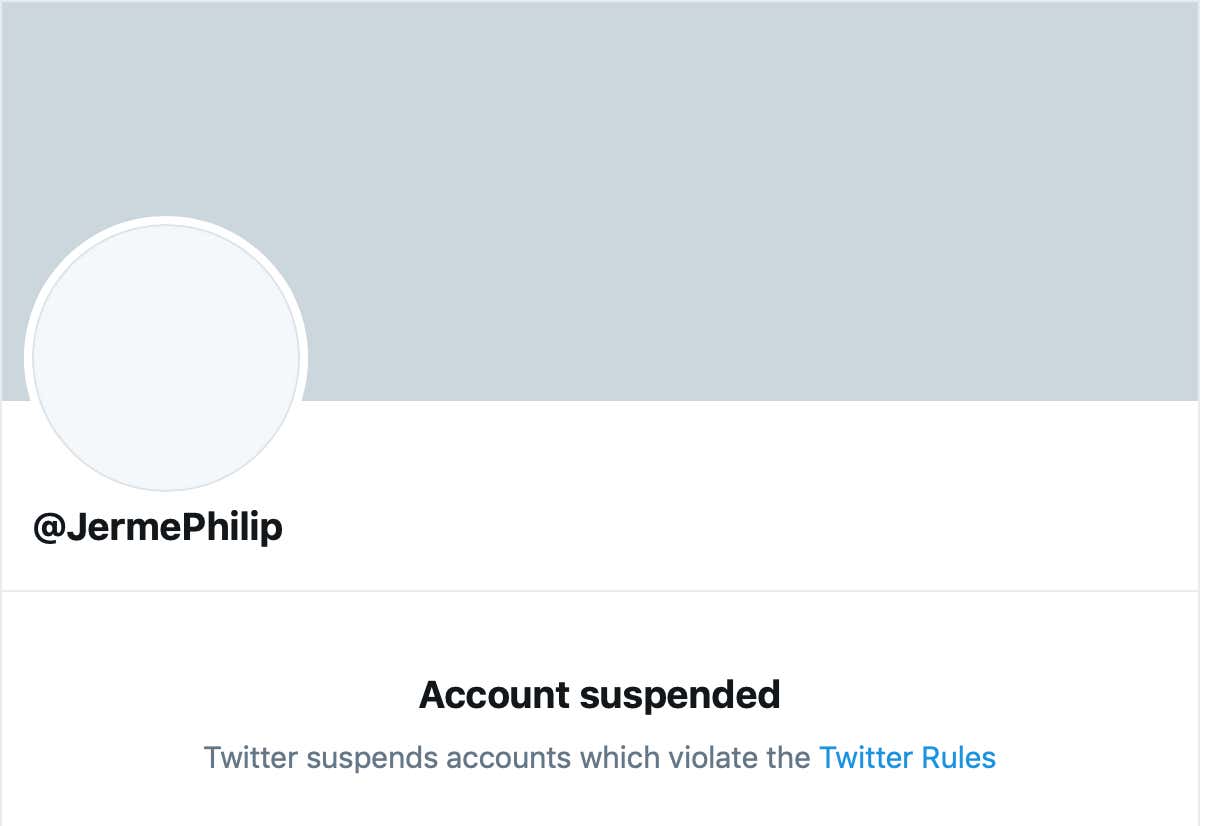 I remember he was one of the guys that responded to every President Trump tweet as if he were changing the world 280 characters at a time. SO fucking banned

Call me a simp (I fucking hate that word) but if a White Sox reporter orders a pizza and doesn't get it, that's an easy way to get banned

I don't remember the stories specifically, but I'm sure they were worthy to be put on the list. He can appeal though. Video apology on Twitter and nothing less.

First one I couldn't find a reason for but he's still banned. Fuck him

Give young players time. PLEASE GOD DO IT. Not every 22 year old walks into at bats against Cory Kluber and dominates. Jesus Christ have patience people!!!

In the 9th inning of my 999 challenge, some douche bag started piping up and said to stop getting so drunk. He was in a button down polo and slacks on some corporate trip. FUCK this guy. I wasn't being any more loud and obnoxious than anyone else in the stadium, anyone else other than him that is. But he waited until the 9th inning to say something, so we called him the 9th inning guy. What a dickhead.

Apparently the Sox moved to Tampa and I missed it! Fuck you Vanna! Fuck You Sajack!

I forget exactly what she did, but I got a DM from a dude asking me to ban his wife for some reason so I did. I remember her transgressions were gross though, whatever they were.

I can't remember or find what their article was that got them banned, but whatever fuck them. Banned for life

He called Moncada a bust, as he did with Giolito, has no idea what he's talking about with anything baseball related, and is just loud and obnoxious. Can't stand him. Banned

Forgot about the greatest team in MLB history, the Chicago White Sox, amongst 1 billion other offenses like employing Skip Bayless. FUCK them. Surprised it took 26 slots for me to finally draw my sword on them.

GIVE. PROSPECTS. TIME. TO. IMPROVE.  Follow their approach and process, not their results, and you'll know who will be good and who won't be.

Went from being a Sox fan to Cubs fan in 2016. Just can't have that man. You should be real life incarcerated for shit like this. 2016 should have been the worst year of your life, not the best. 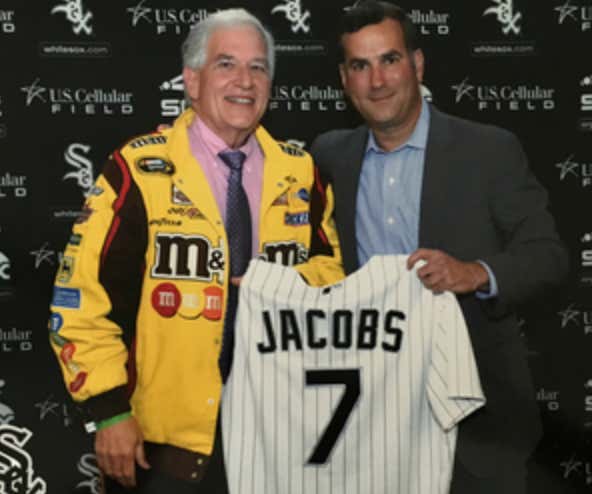 He was yucking it up with Marlin's Man at a game but guess what? BOOM - I'm taking him off the list after careful deliberation. He's a big time Sox fan and always will be. I just HATE Marlin's Man and anyone that gives him time in an un-ironic fashion. Dude's a fucking weirdo in every way imaginable. Not someone you want to associate with. Cannot stand him whatsoever.

Eddie Olczyk told me to my face that he was Mr. Southside in 2005 and then went to being Mr. Northside in 2016. Can't have it, won't have it. Banned

Gave Jason Bennetti shit on a college hoops broadcast for being a Sox fan. He then announced a game with him last summer and it was electrifying

And because of that, he has been removed. Try telling me I don't have a heart now! Ha!!!

Can't remember or find anything he said but he's banned 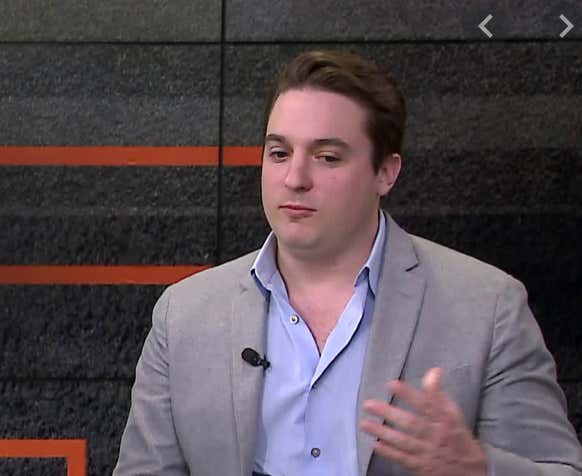 Where do I begin? Let's start with the fact that he's the biggest pink hat on earth. His loyalty is completely for sale and will root for anyone so long as they're winning and winning a lot. I know that starting with the 2020 season Chief will slowly try to creep his way into white sox fandom and this banishment prevents that from happening. He is in no WAY, SHAPE or FORM allowed to root for the Sox, even though he tried to last summer. He says it's because of t-shirt sales, but it's not. It's because he's a pink hat commie red army fuck

This was back from when I thought the Sox had a shot at Harper (lol). The Reds took on a bunch of bad contracts from LA and I thought that was the lynchpin in Harper going to LA. Had to ban the Reds because of it

They bash the Sox non stop for whatever reason. Here's one example of many:

Michael Kopech also called them trash for their White Sox takes on Twitter, but he deleted Twitter a while back because it's a cesspool.

I mean he's only the worst commissioner in all 4 major sports. He's banned by default, but not necessarily because of any White Sox slander

He's actually banned. Like actually actually. I want to fight him for shit talking Los like he did. FUCK this kid, entire fanbase hated him after they saw the bullshit he pulled in the screenshots above

I can't find what he said specifically, but it looks like I interact with him a good amount and he's a good Sox fan. Whatever he said can be forgiven with a public apology via video on Twitter

Vast majority of that company stinks out loud

This doesn't include me, obviously. It's my list. But our little social media Twink Danny Conrad said something stupid about the White Sox and now got our whole twitter handle banned. Fucking idiot

Banned for the Cubs pander above. SOX FANS DONT GO TO GAMES!!! Fuck outta my face

They couldn't get their shit together this summer, amongst other things

Listen to that call and tell me it's not the worst call in the history of sports talk radio. You can't. Mind you this was after Moncada DOMINATED last summer. He refuses to root for Moncada just because he loved Sale so much. Fuck outta my face Michael

I will say this: Marty is a great baseball fan. Played college ball I believe and should have a good enough grasp on the league to know that the White Sox are going to be a force for a long time. He better pray that the Yankees don't get bounced from the playoffs by the White Sox so long as we're both working for barstool because I will never let him hear the end of it.

And with all of that said - I don't anticipate having to ban many more people. Here and there, yeah, it's inevitable, but the white sox are going to be so good for so long that nobody will really bitch about them anymore. No more crying about Sale or Quintana or Eaton or any other trades, no more saying "THIS GUY STINKS!!!" because he's a 22 year old getting his feet wet for the first time. But to those above, you're not allowed to have fun watching this squad because of how impatient you were in getting here.

Rules are rules, sorry. Get in or get run over, as TA7 would say. This team is going to fuck people up, starting tonight, and will be fucking people up for the long term. I cannot wait to shove them down the entire nation's throats for the next, let's say… 8 years. That's conservatively speaking.

Nobody gives a shit about the White Sox but you better respect their roster.