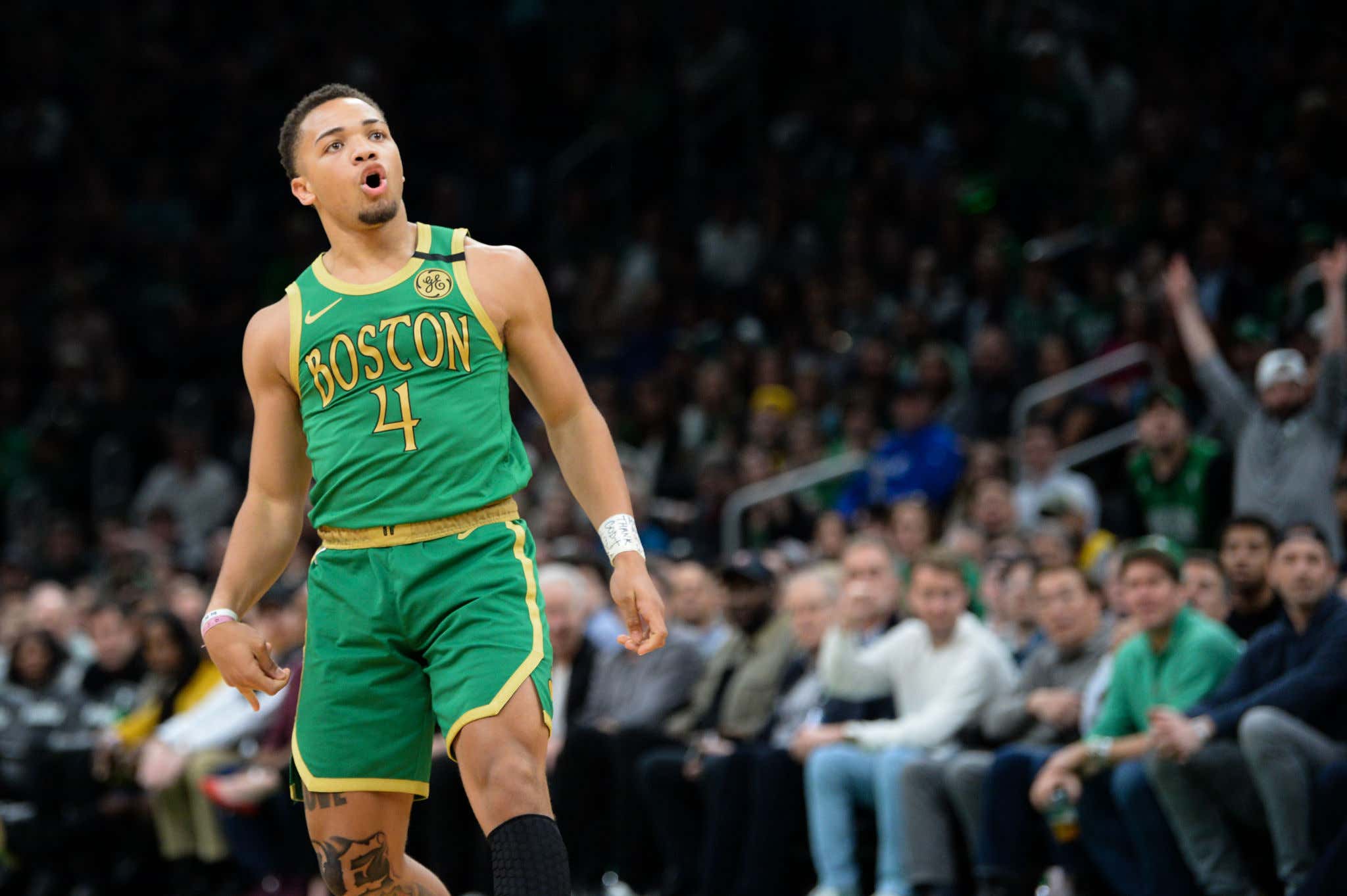 Earlier this month while in the middle of my 2K20 Dynasty season, I noticed something when it came to Carsen Edwards

his jumper is a little slow and can take some time to master, but out of nowhere for whatever reason I became unstoppable with him. Blowing by defenders with his crossover, hitting pullup threes, something was up. I'm also a firm believer in that 2K never lies when it comes to this stuff, so I made a mental note of it.

Well, then the practices started and Brad cannot stop talking about how good Carsen looks

The players are raving about Carsen and Romeo too. It's 99.9% your normal "preseason" or "Summer League" hype, but I also do not give a shit. There's no other way to say it, Carsen's rookie season was pretty rough. That shooting did not translate whatsoever for the most part. He shot just 30% from deep. There were some positive signs, he ranked in the 82nd percentile off the dribble and 65th percentile off screens, his issue was more as a spot up shooter. That was bad, real bad.

But what's the one thing we know about Carsen? The man EATS in fake games. How could we forget this performance?

You combine that history with these quotes coming out about Carsen from the bubble and my heart is ready to fall in love all over again. It won't take much for me to be irrational following tomorrow's scrimmage, and I can't help but think if his shot comes around at all in Orlando, he can be a weapon for that second unit.

It's no secret that group needs shooting, and Carsen is just the type of microwave shooter that you can play for 5-10 minutes and before you know it he's made 3-4 threes. You're telling me that during these ramp up games there can't be a few moments where Carsen gets hot and changes momentum? That's all I want to see.

Once you get to the playoffs, teams will attack him on defense every time down so I don't expect to see him all that much. But Brad has a history of pushing the right buttons this time of year with random lineups (see: Gerald Green) and based on how he's talking about Carsen it feels like maybe he's out of Brad's doghouse. The bubble is going to be weird and it would make perfect sense for Carsen to stink all year and then magically dominate.

We know the starters will be limited tomorrow, so this is really time for Romeo, Carsen and Timelord to shine and show that they can be relied upon for minutes. I can already envision a world where Carsen makes a bunch of threes and Timelord blocks everything in sight tomorrow and let's just say that Celtics Kool Aid is going to be strong as hell and quite delicious. Can't wait.