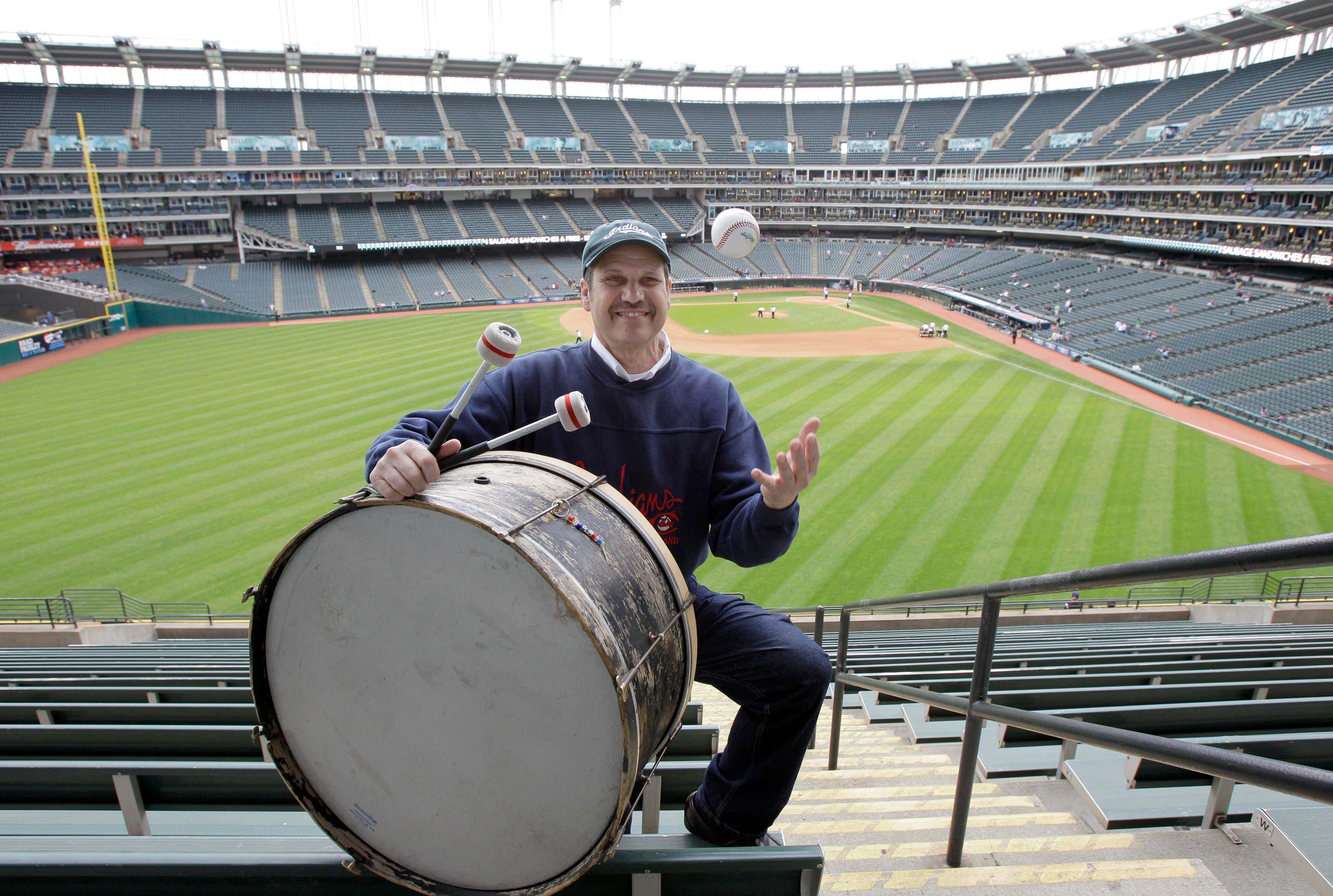 The dude just beats the absolutely piss out of his drum and it echoes throughout the entire stadium in the biggest moments of the game. He's essential to baseball in Cleveland. Just like the pitcher and the batter and the umpire. John Adams is needed to play the game. You would have a 100.00% approval rating of that statement. Well, actually I guess it would be 99.99999% because the one person who disagrees just so happens to be the guy making this STUPID decision.

Oh come on. You've got to be kidding me. A cardboard cutout? Those are funny behind home plate if you want to put an embarrassing picture of a friend on TV, but to think that putting a piece of cardboard in place of JOHN ADAMS is going to a welcomed substitute? It's insulting. Cardboard John Adams won't create the heartbeat that vibrates through the entire stadium. I mean, who is going to start the standing slow clap in the bottom of the 9th with 2 outs?

I get that we can't have 20,000 fans at games, but we can have 1 fan. ONE FAN. You're telling me that letting John Adams wrap himself up like the Michelin Man at the top of the bleachers can't be approved? We can have a guy setting off fireworks for nobody to see after a home run, but we can't have a drummer. No one would be within a quarter mile of him. Hire the guy onto the payroll if that's the qualification needed to make him no longer a fan. And we better not have a mascot at the game or else I'm writing an official letter of complaint. If John Adams can't be there, there better not be one non-player in the entire stadium.

If the Indians don't win the AL Central this year, you officially know why.