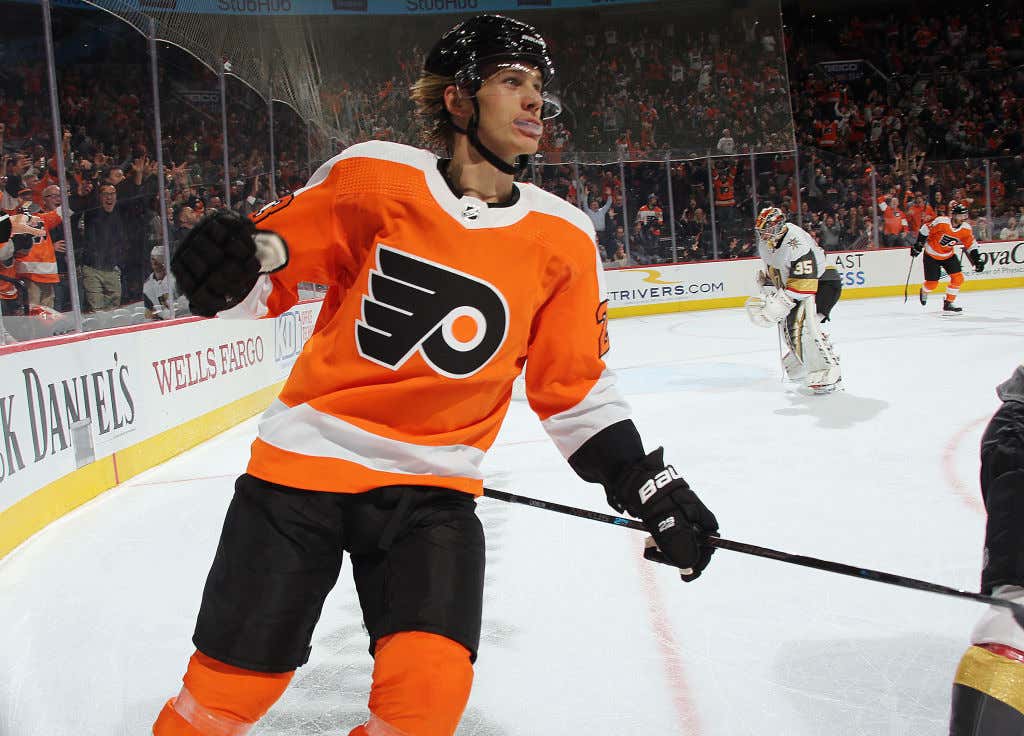 So he's traveling with the team to Toronto and Fletcher says that he's hoping he can be a part of the 31-man roster. It's still a long shot that he'd be able make it happen but the fact that he's already at this point in his recovery makes me think that anything is possible with this beautiful man. And even if he's not able to finish out this current season with the Flyers, he just signed an extension to make sure he'll be with the boys for the next 3 seasons.

3 years, $3M AAV. Not so bad for a kid guy who was on pace to have a 30-goal season before a cancer diagnosis put his season and career on hold. 11 goals and 7 assists in 30 games. Exactly what you're looking to see out of a middle 6 forward. So I'm glad the Flyers didn't lowball him too much here but I'm willing to bet he's going to be one of the most underpaid players in the league by the time that 3rd year of the new deal comes around.

Obviously I want Oskar to do whatever is best for him and his health, but it's impossible not to root for him to be able to join this team for the playoffs. Also just think about what that would do for the morale of this squad. You'd have Lindblom finishing out the season, the team is led by a Jack Adams finalist in Alain Vigneault, and also it looks like Selke finalist Sean Couturier will be bringing some extra dad strength with him to Toronto.

The stars are all aligning, boys. Flyers in 6.