Now what the hell is going on here? At first I assumed he was using footholds or some sort of steps the person recording the video didn't have access to. Maybe it is just the angle of the recording? Nope, not the case. 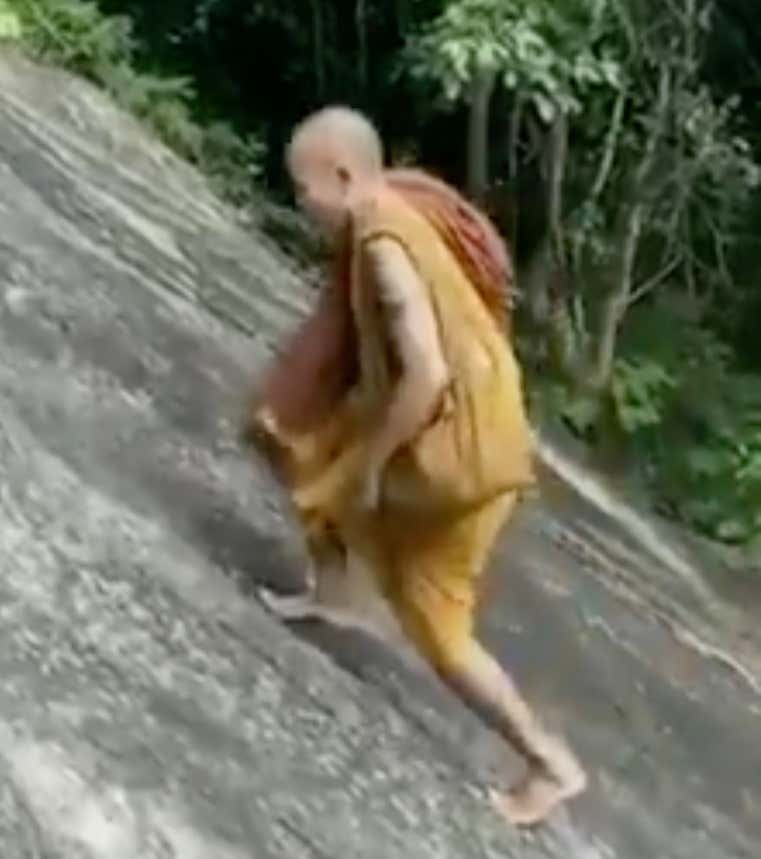 He's just hoofing it! My achilles would shatter into a thousand tiny little pieces if I attempted this. I can picture myself just plummeting to my death.

I have a pretty strong recollection of being a little kid and thinking that monks could levitate. I'm not sure what exactly put this idea in my head, but I feel it was just a universally understood fact in my elementary school that monks could float. I texted a handful of friends before writing this blog to ask them if they had the same idea. They all said yes. Must just be one of those weird urban legends that somehow, pre-internet, spread across the entire elementary and middle school landscape. Marilyn Manson got a rib removed to blow himself, Cierra was born a man, monks can float. Or maybe we were all just watching a ton of Dragon Ball Z? Not sure.

Regardless, maybe we were all onto something though because I just don't understand how this is physically possible. Vibranium Achilles tendons, feet like Jerry Rice's stickum riddled hands, the blood and balance of a mountain goat. I've watched it 20-plus times now and just don't understand. I have no theories, I have no guesses. I have nothing.