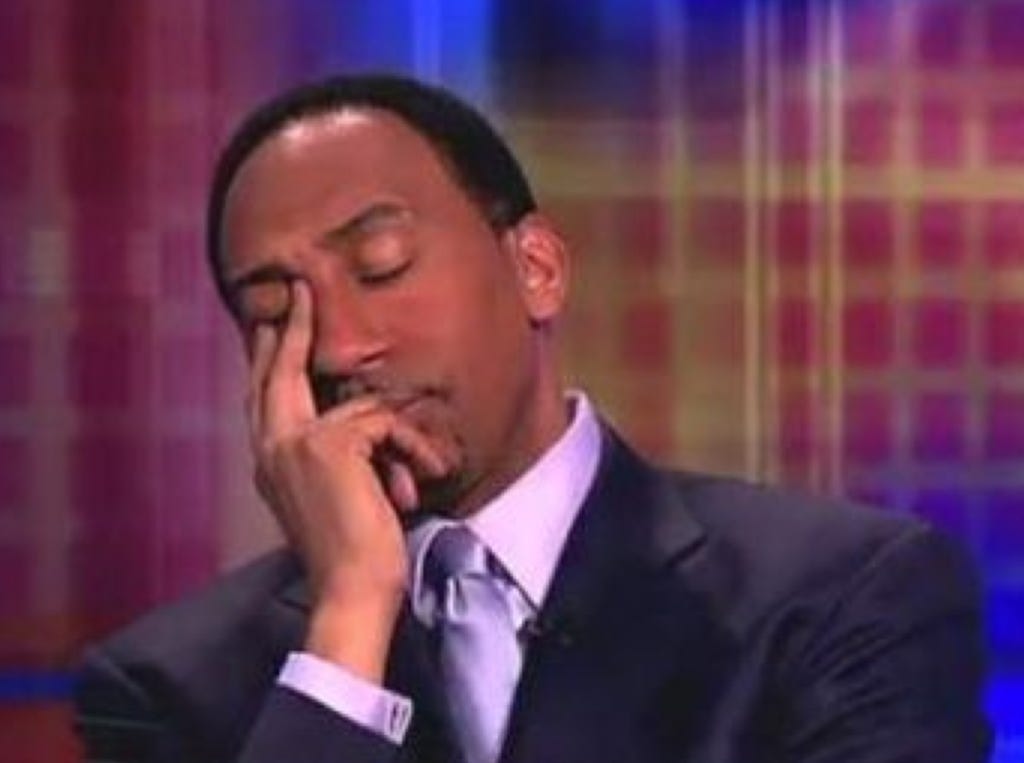 I know what Stephen A and Skip are and I get it. They’re court jesters whose stupidity is often on purpose and exist solely for the masses to laugh at. I don’t even get worked up about the shit they say anymore because it’s often a waste of time. But I’m not gonna sit here and let Stephen A Smith muddy the pristine name of Tom Brady. We had our fun yesterday saying Brady was busy studying film, that it was on Obama to find a date that fit Tom’s schedule and not the other way around, that he was busying having sex with Gisele, etc. But the fact of the matter is that he had a prior family commitment. It was his parents’ anniversary and I’m guessing this was something brought up during the planning, but this was the only date that worked for the president so they had to do it. I’m sure it’s something everyone knew all along and Tom didn’t phone out on Tuesday. He’s not Tim Thomas or James Harrison saying he hates the president, he’s not Marshawn Lynch saying he just doesn’t feel like it. He’s just a stand-up guy who knows when you give your word that you’ll be there for family, you don’t break it. Not for anybody.

Furthermore, to sit there and scream into a microphone that Tom Brady didn’t attend the White House because he wants to hide his Republican beliefs is complete and utter nonsense. To say that Tom had no problem being seen with George Bush but doesn’t want to be seen with Obama is such race-baiting bullshit it makes my head want to explode. Want to know why, Stephen A? 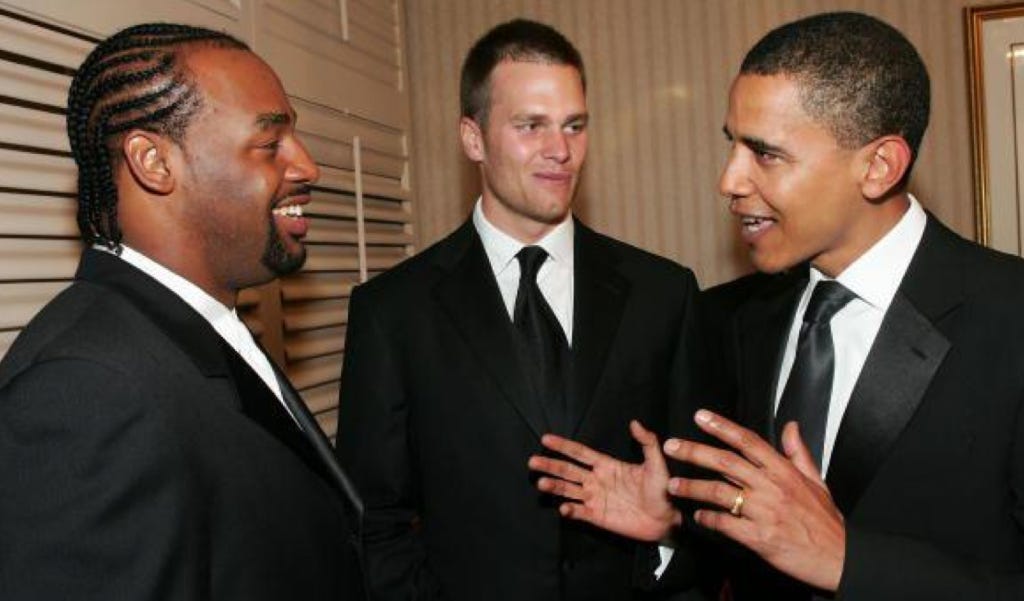 BAM! That’s why you dumb motherfucker. Tom and Barack yucking it up together. That’s why “yours truly” is the only one mentioning it. Because the rest of us have Google and a brain. Brady wasn’t hiding from a fucking black president because he’s scared of a PR hit. He had commitment to family. Used to be something we respected in this country. Move on.