Awesome moment in sports history last night as Alyssa Nakken coached first base in the later innings of the A's Giants game. Just a very, very cool moment and another big step for women in sports. Nakken joined Gabe Kapler's stuff before the season, becoming the first full-time female coach in MLB history. Alyssa is on the staff as an assistant coach, having worked her way up from being an intern in the baseball ops department back in 2014. What a grind. 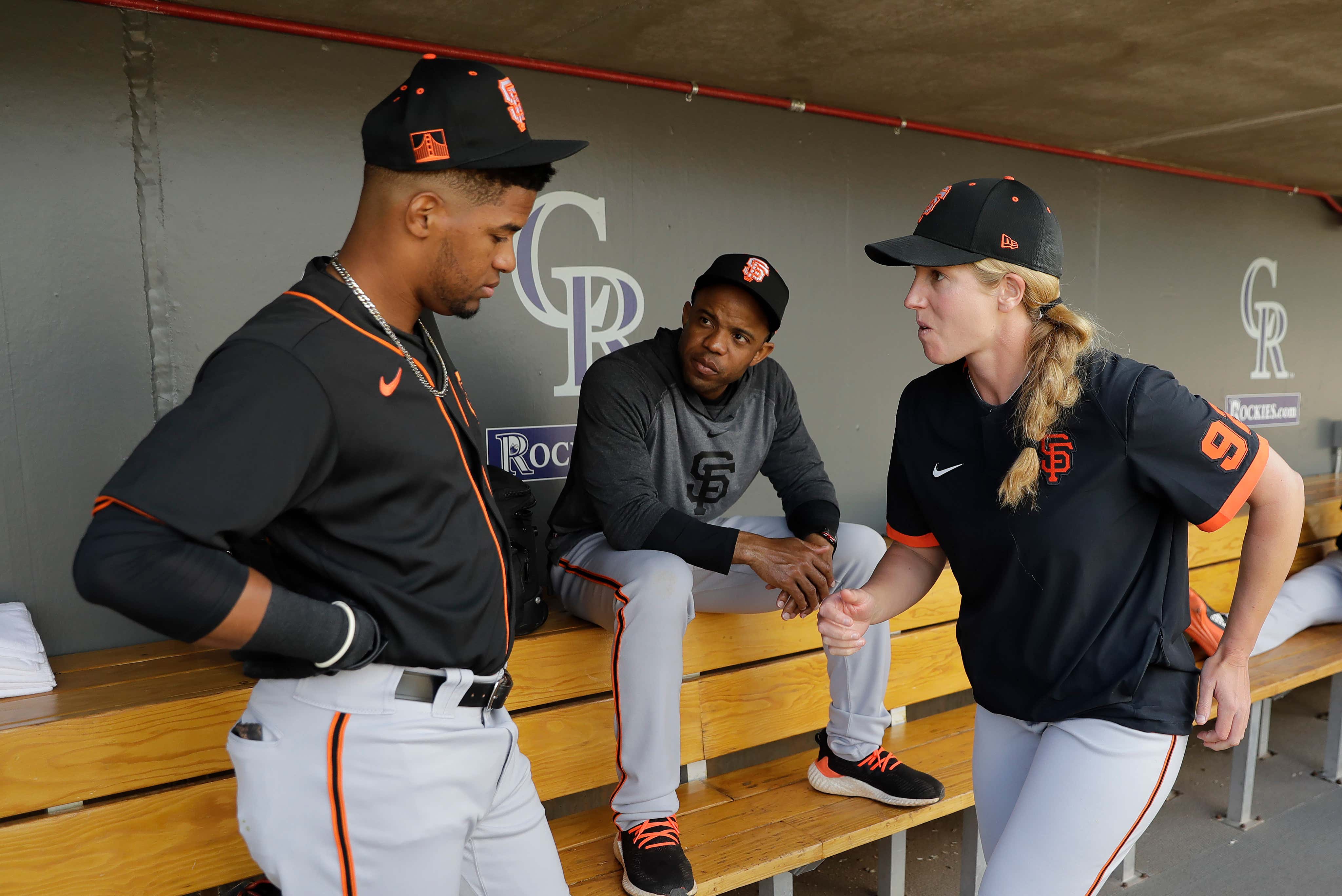 Darron Cummings. Shutterstock Images.
From what I've read she won't be in the dugout during games since there is a seven coach maximum for that and seven coaches were hired before her (I think that's how they make that call). Regardless it was awesome to see her get out there last night and break down some barriers. Awesome move by Kapler to make that happen.

Also, could you imagine the stupid look on Aubrey Huff's face when he saw this on his timeline last night? This parlayed with the Giants kneeling during the anthem.

I wouldn't be shocked if Aubrey Huff spontaneously combusted into thin air last night. Man would that be awesome. Fuck. That. Guy.