Earlier today I wrote that blog about appropriate koozie etiquette and (more specifically) if it's okay to bring one to the bar when you go out. It was more of an existential question about your commitment to adding another item to a short list of necessities when leaving your place vs. the practical benefit of koozies. No one anywhere is contesting that a koozie improves the experience so don't misunderstand the point. For all intents and purposes it was just a routine blog born from routine Barstool Chicago conversation that fills our podcasts and Sirius airwaves.

But since we're here I might as well summarize: it seems (generally) that the koozie argument boils down to regional preferences and social customs. Or in other words, it's significantly more nuanced than you think, which is to be expected when arguing about completely ridiculous, trivial things with your peers. Otherwise you wouldn't be arguing, right?

So there I am filtering in through koozie usage arguments on twitter when I get slapped in the face by the King Himself. 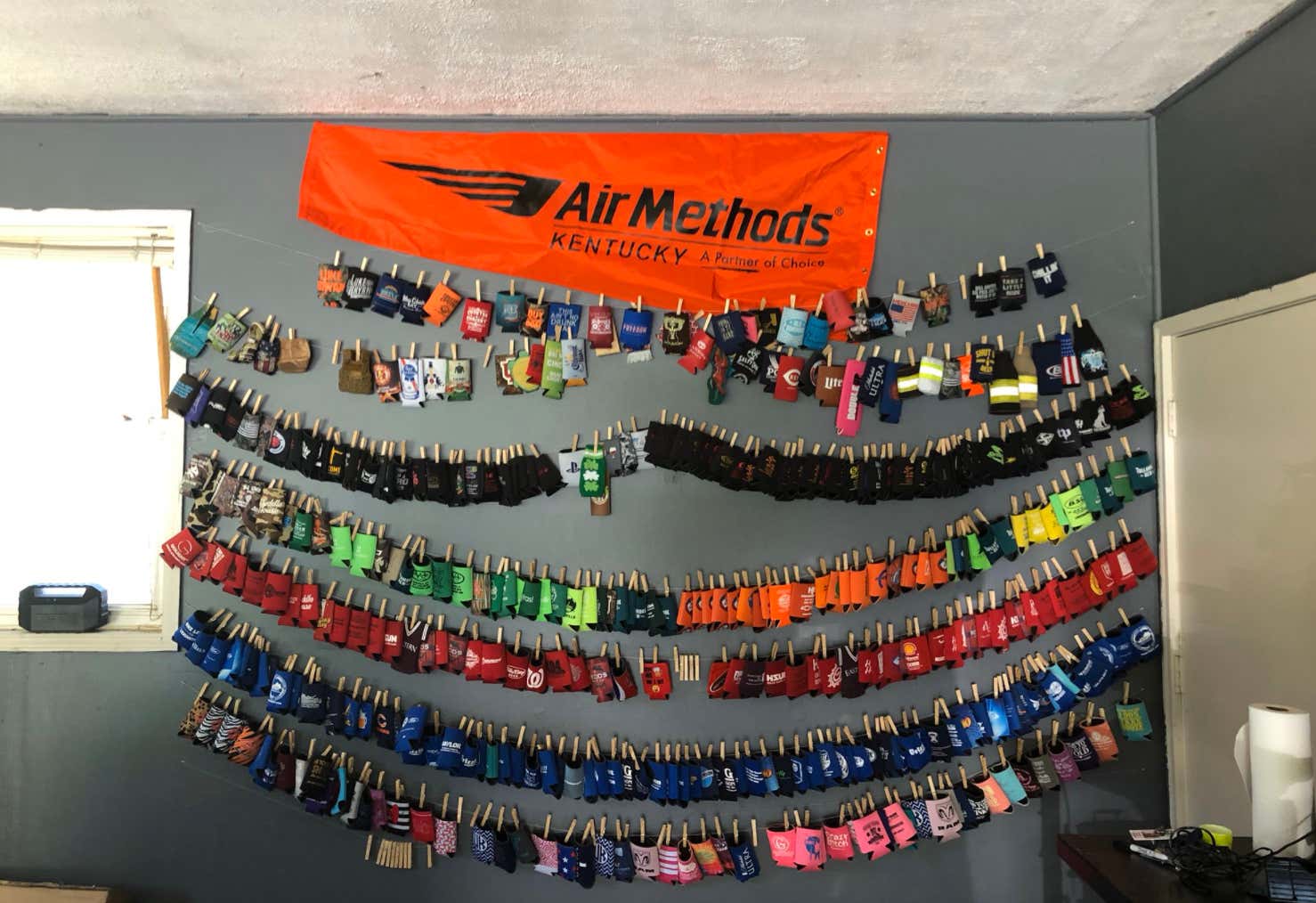 I didn't count each one but my brain says there's at least 244 koozies which is something like 220-30 more than a reasonable koozie enthusiast would keep in one fixed location. And theyr'e plastered to a wall. And hung on clothespins and organized by color like the intense home from a good WifeSwap episode.

Up until now I didn't know such a passion for beer-temperature preservation would intersect so strongly with color coordination and interior design. But then again I also didn't think anyone would find this much joy in collecting foam thermal insulators. Had I possessed the requisite awareness, I would have been much better prepared for my first taste of the koozie diehards. Now I know.

Elsewhere, it would appear our friend here had himself a big weekend recently at the expense of a couple of red guys in the middle of murderers row, which is obviously very sad: 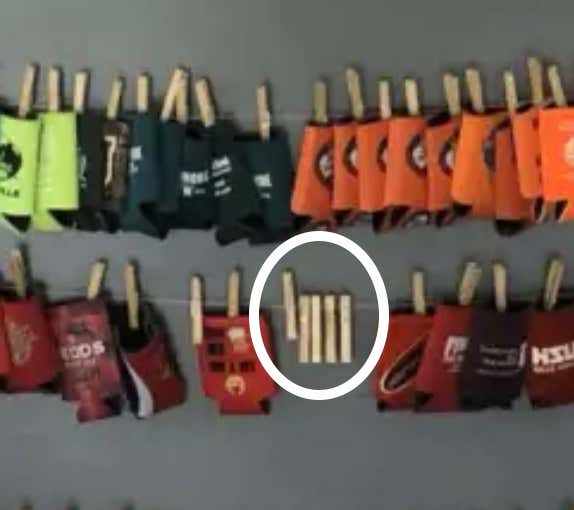 And not to get all Chip & Jo but I think we can all agree those spots need to be filled ASAP. You can't sandbag me with a full wall then leave the core of the display open like that. Just not fair to all the koozies on the outside that are trying to get more playing time. There's probably a couple pinks that might only see a few beers a year and you're telling me they wouldn't like a chance to get more reps? Don't make me get the CMON Man gif outAnyways, if you're big in the koozie game, now would be a good time to send me a picture of your collection if it warrants attention. Come next week I can't imagine we're still talking about this shit, but you never know. Submissions go here.