It would be Robin Williams's 69th birthday today which blows for a number of reasons. But instead of rehashing them I'd rather pay some respects and run back one of my favorite jokes all time. The shit on Scotland to start is just so perfectly Robin Williams that I don't think anyone could even steal it. The kinda joke your buddy saw for the first time in 2002 on a comedy central re-run, then tried re-telling it to the lunch table the next day and got fucking roasted in the process because there's literally nothing worse than listening to someone repeat standup. But even so your buddy didn't care because the joke's that good. He just had to share it with the boys.

Elsewhere, I think it's important we recognize just how much water this guy crushed on stage. 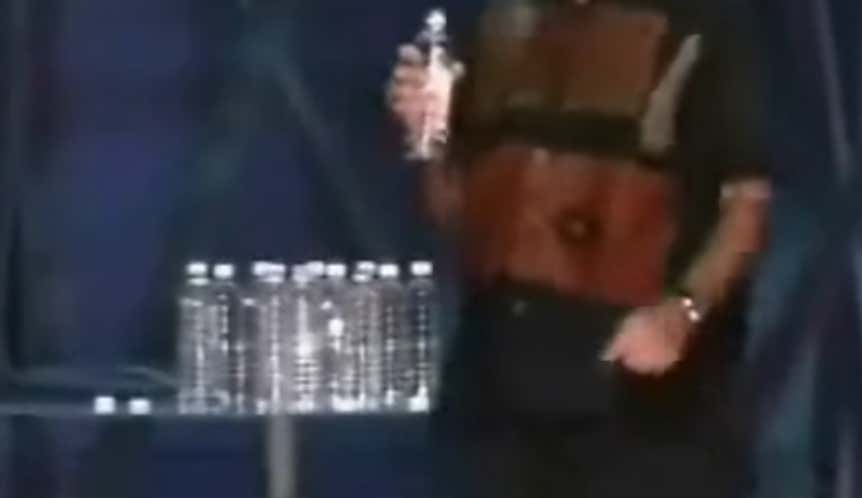 That's a full dozen Ice Mountains before the eco-friendly bottles from 30% of the original plastic packaging. Back when the bottle couldn't be crumpled and twisted like a little plastic bitch but that's a different blog. For now I just want to give some credit to a guy who made everyone laugh and crushed filtered water on stage.

If you do your homework on Robin Williams then you'll learn some really cool shit about him. Like how he was one of just 2 male actors to get some special scholarship to an advanced program at the Juiliard School in the early 70's. How he was actually technically trained in acting who just so happened to be the funniest man on the planet in the process. There are stories that he would constantly ask directors to re-shoot scenes because he thought he could do better and had more to give. Like directors would have to forcibly get him to move on to the next scene because he was so committed to getting it absolutely right in his head. And when he didn't think he was there, he would keep giving the director more material until they wouldn't let him any more.

Maybe I'm alone on this, but to me it's badass how much Robin Williams cared about being good. It's undeniable all he ever wanted to do was make people happy and it fucking blows he's not here today for the 69 jokes. God knows we could use them so instead I'm swapping in one of my all time favorites.