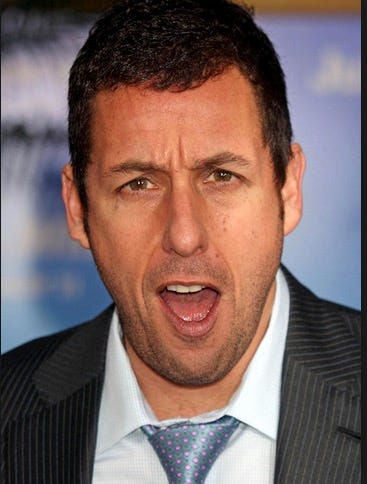 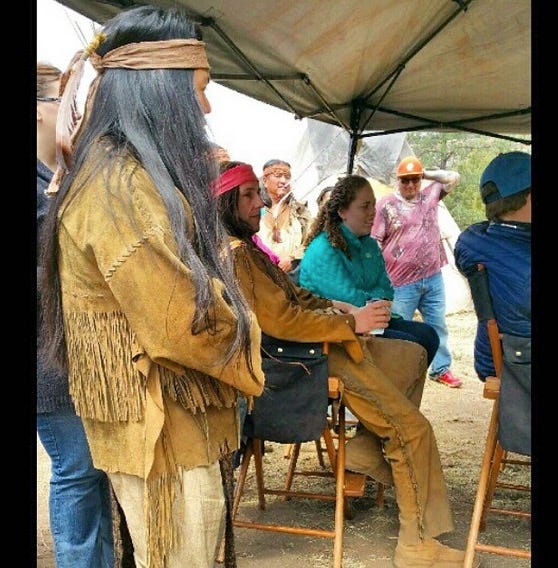 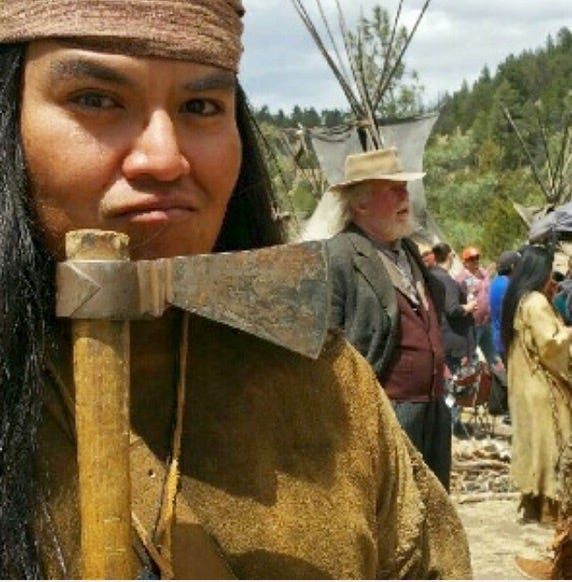 ICTMN – Approximately a dozen Native actors and actresses, as well as the Native cultural advisor, left the set of Adam Sandler’s newest film production, The Ridiculous Six, on Wednesday. The actors, who were primarily from the Navajo nation, left the set after the satirical western’s script repeatedly insulted native women and elders and grossly misrepresented Apache culture.

The examples of disrespect included Native women’s names such as Beaver’s Breath and No Bra, an actress portraying an Apache woman squatting and urinating while smoking a peace pipe, and feathers inappropriately positioned on a teepee.

Among the actors who walked off the set were Navajo Nation tribal members Loren Anthony, who is also the lead singer of the metal band Bloodline, and film student Allison Young. Anthony says that though he understands the movie is a comedy, the portrayal of the Apache was severely negligent and the insults to women were more than enough reason to walk off the set.

“There were about a dozen of us who walked off the set,” said Anthony, who told ICTMN he had initially refused to do the movie. He then agreed to take the job when producers informed him they had hired a cultural consultant and efforts would be made for tasteful representation of Natives.

“I was asked a long time ago to do some work on this and I wasn’t down for it. Then they told me it was going to be a comedy, but it would not be racist. So I agreed to it but on Monday things started getting weird on the set,” he said.

“We were supposed to be Apache, but it was really stereotypical and we did not look Apache at all. We looked more like Comanche,” he said. “One thing that really offended a lot of people was that there was a female character called Beaver’s breath. One character says ‘Hey, Beaver’s Breath.’ And the Native woman says, ‘How did you know my name?'”

Listen I’m not going to tell these Native Americans what they can and can’t be offended by, that’s not my place. I’ll leave determinations like that to people like Dan Snyder. The stuff going on on the “Ridiculous 6″ set certainly seems like it could come across as offensive to a culture, I won’t deny that. But I will just say however that if you’re signing on to an Adam Sandler movie you kind of should expect what it is exactly you’re getting into? Seriously have you seen an Adam Sandler movie lately? What exactly did you think you were walking into here, an educational biopic on the struggle of the American Indian promoting learning and understanding? In a movie written by Sandler starring him, Steve Buscemi, Jon Lovitz and Vanilla Ice? Come on now, let’s have a little bit of awareness. Let’s not stroll onto that set thinking we’re going to be a “cultural consultant for the tasteful representation of Natives” with fucking Rob Schneider there in a thong loin cloth. If you’ve got poop and dick jokes to contribute to a 4% on Rotten Tomatoes movie by all means, you’ll be utilized to your fullest. But thinking you’d make it a day on set without some casual racism and offensive jokes from an Adam Sandler-and-his-friends movie script that’s just not using your head.