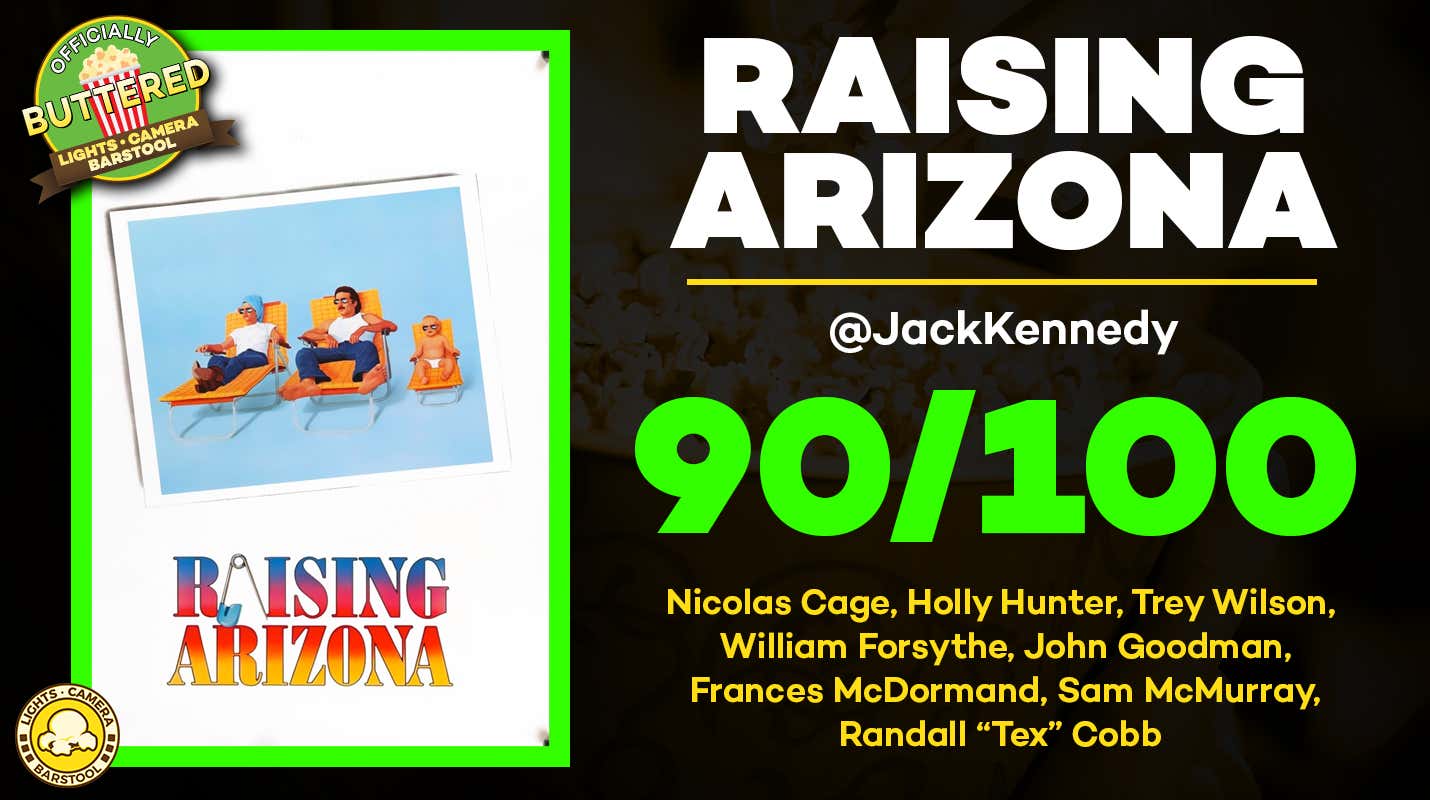 This was a movie I was really excited to rewatch and review because I find it to be a  wonderful and weird flick that has a lot of charisma to it. It’s my favorite serious role of Cage’s, more so than Leaving Las Vegas, because I think what he did with the his character(H.I) was much harder. H.I. is written and acted in a way where you get a vibe that he is kind of smarter than he acts and is resigned to his station in life, and Cage has a huge part to do with that. Holly Hunter is also great and I think her tunnel vision on the nuclear family is what helps fuel that main theme of the movie, which is sort of a swing at the American dream, in a sense.

Aside from them, this movie is further proof that the Coen's are maybe the best at at casting tertiary characters. Gale and Evelle (Goodman and Forsyth) are hysterical, Glen and Dot are a great hyperbolic duo, and the character of Leonard Smalls is just so damn funny. It’s tough to find a bad acting moment.

Structurally, I noticed something this time around that I didn’t see the first few times and it’s that this movie visually and structurally mirrors a lot.

The Coens using repetition in is nothing new, but I was still impressed by it in this movie. I love reviewing their stuff because I feel like I can always appreciate something new every time. It’s a great, quick, subtle and funny movie and I don’t really think it gets the respect it is owed. Maybe that's because their filmography is so fucking incredible, who is to say!

On this episode of LCB we also ranked the best Coen brothers movies. Agree? Disagree? Pick out your top 5 in the form below and see what your fellow movie watchers think.