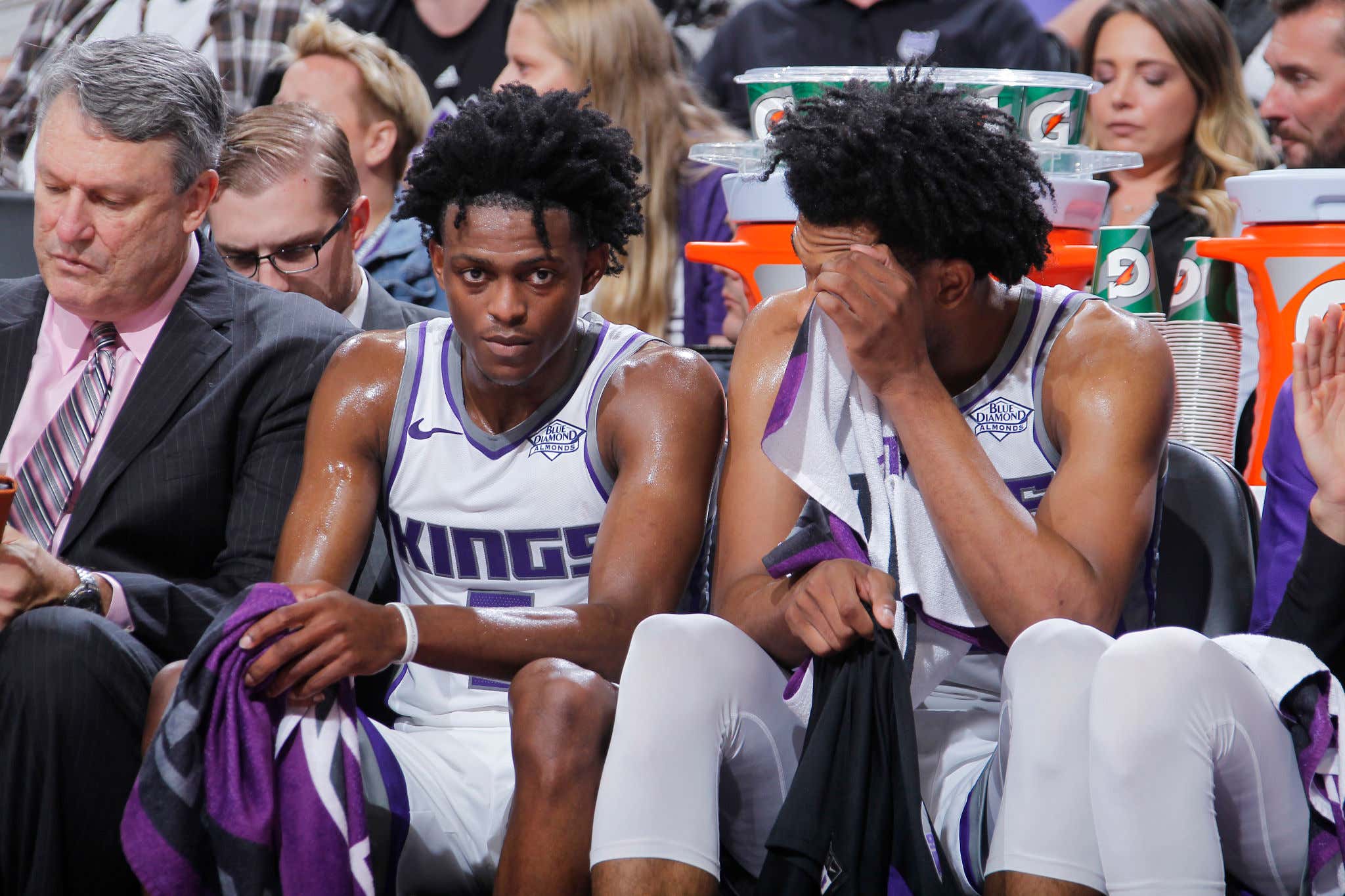 At what point do we just admit that maybe the Sacramento Kings are cursed? Just when their loyal fans thought maybe things were starting to turn around after winning 39 games last season, which was the most the franchise had won since 2005, it's been all heartbreak since.  They fired their coach and brought in Luke Walton only to see the team go 28-36 before the break. Marvin Bagley, their high lottery pick and the guy they passed on Luka for, has played just 13 games this season and is now getting an MRI on an injury sustained in practice. This is after De'Aaron Fox already sprained his ankle towards the end of last week and Richaun Holmes broke the rules for some take out.

It's all very much the "same old Kings" that we've grown accustomed too over the last decade plus, but it does make me feel for their fans who have had a pretty rough 20 years ever since the NBA boned them against the Lakers. In my opinion the Kings were a pretty interesting team on paper heading into the bubble too. That's a roster with a legit point guard in Fox, shooters in Hield/Bogdanovic, and an unknown but high potential big in Bagley. There's a thought that younger teams might respond better to this condensed bubble schedule and when you look at the teams also vying for the play in, this is how SAC stacked up

They are slated to face SA/ORL/DAL/NO/BKN/HOU/NO/LAL in their 8 game ramp up so 3 of those games are against teams they are jockeying with. If they are going to be without Bagley and a hobbled Fox, you have to think that limits their chances.

Hopefully things aren't serious with Bagley and Fox is able to recover quickly, but it's not like the start of the season is all that far away. They also aren't one of these teams that can rest guys during the ramp up schedule which is why these injuries are significant. They basically need to win out or as close to it just to get a chance. It feels mean for the Basketball Gods to keep picking on the Kings like this, what did they ever do?

I know any Kings fan out there is probably numb to it all at this point though. All I can say is I feel for you and try and just focus on the good times of the 2019-20 season