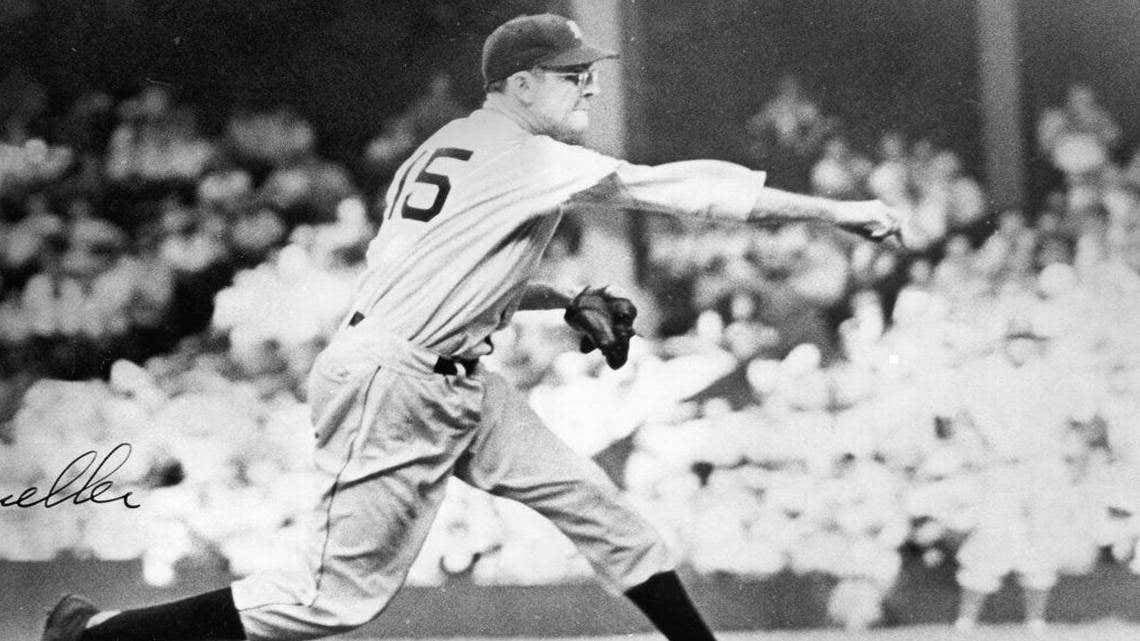 At Shibe Park, the Philadelphia Athletics and Detroit Tigers play 24 innings and can not come up with a winner as the game was deadlocked 1-1 when the game was called due to darkness. At the time, no game that began during the daytime could turn on the lights due to a major league rule. The teams would play a doubleheader the following day, with Detroit winning the opener 6-1 and losing the second game 2-1.

Things were going swimmingly for the Detroit Tigers in 1945 as they were atop the American League with a record of 46-34 for manager Steve O’Neill. The Tigers were boosted by the return of Hank Greenberg after four years of military service during World War II. The opposite was true for the Philadelphia Athletics, who were in last place with a record of 28-51 for longtime manager Connie Mack.

It was a typical Saturday in Philadelphia as the Tigers sent Les Mueller to the mound, while Russ Christopher made the start for the Athletics. In the fourth inning, the Athletics scratched out an unearned run as an error by Rudy York allowed Dick Siebert to reach base. Siebert later scored on a single by Buddy Rosar. The Tigers would tie the game in the seventh inning on a groundout by Doc Cramer that scored Roy Cullenbine.

The seventh-inning run would be the final run scored in the game as the game went deep into extra innings knotted 1-1. Les Mueller, in his only full season in the majors, gave one of the most impressive starts in MLB history as he pitched into the 20th inning. Spreading out 13 hits and five walks with six strikeouts.   Mueller removed from the game with two outs in the 20th inning. When the manager came to take him out of the game, Mueller said, “Gee, Steve, the game isn’t over, is it?”. Dizzy Trout got the final out as the game continued to be a stalemate.

The line in the song “Take Me Out to the Ballgame” says I don’t care if I ever get back. For fans in Philadelphia that day, it turned into reality. Russ Christopher, who was the start for Philadelphia, pitched 13 innings, allowing one run on five hits with eight strikeouts. Joe Berry took over in the 14th inning and was just as solid, allowing six runs in 11 innings. Dizzy Trout, meanwhile, pitched the final four innings for Detroit, allowing three hits.

As the sunset in Philadelphia, the game was in peril. Even though Shibe Park had lights, they could not be turned on. Major League rules in 1945 prohibited lights to be used to finish a day game. Thus darkness was called after 24 innings, with the scored tied 1-1, with all game stats counting. That included a 0-for-10 for future Hall of Famer George Kell of the Athletics. No pitcher has pitched as many innings as 19 innings since1945.

The teams would play a doubleheader the following day, with Detroit winning the opener 9-1 and Philadelphia taking the second game 2-1. The Tigers would go on to win the World Series, while the A's finished in last place with 98 losses.