So weird man. Strange times seeing the winner of the Memorial fist bumping Jack Nicklaus instead of shaking his hand but that's the way it is right now. Jack said he was willing to shake the winner's hand but when Jon Rahm approached him they had a super awkward encounter that ended in that fist bump. Anyway. That was the most interesting final round that had no business being an interesting final round. Jon Rahm started the day with a 4 shot lead that grew all the way up to an 8 shot lead at one point but then Rahm bogeyed 10, double bogeyed 11, bogeyed 14 and all of a sudden Rahm's lead was down to 3 shots with three to play (sound familiar?) and we were DANGEROUSLY close to a Rahm Bomb going off.

But it wasn't without controversy! Many people noticed that Rahm's ball moved at address

Now obviously the ball moved there. You can see it move……but who really gives a shit? Judging from Twitter there are many people who give a shit but let's make a couple things clear.

a) Rahm clearly didn't do it on purpose. Just look at this reaction he gave when Amanda Balionis asked him about it after the round 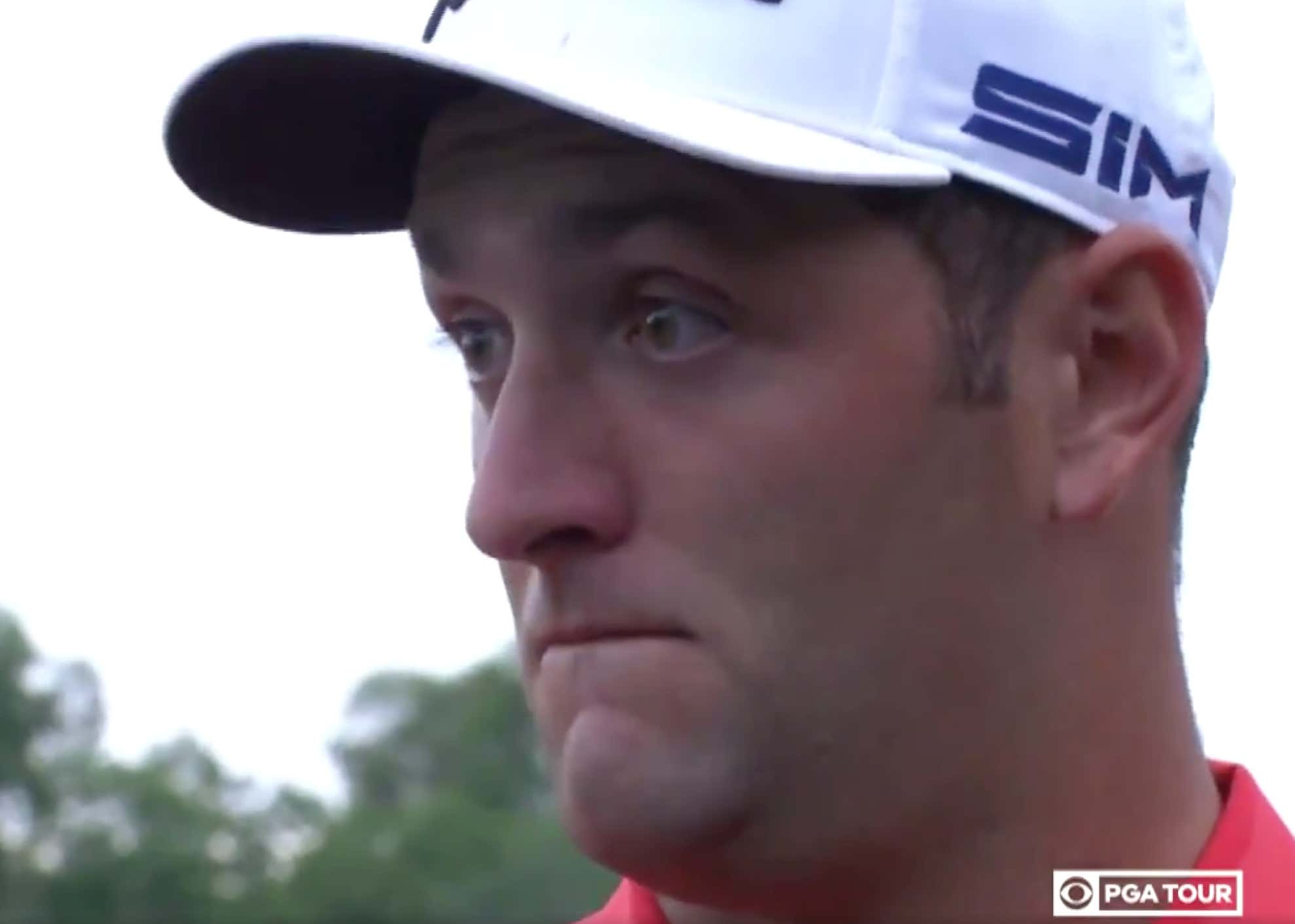 and b) he didn't improve his lie

These are the times when golf trips all over itself. That ball moved a fraction of a fraction of a fraction (not sure about the math) of an inch and people are losing their minds? Seems insane. I'd be willing to bet that happens on a semi-frequent basis but the only difference is there isn't always a camera two inches from the ball.

So after a talk with the one and only Slugger White, Rahm was assessed a two stroke penalty

Agreed, Jon. It's fucking shitty that an iconic chip like that now goes down as a bogey instead of an incredible birdie for really no reason whatsoever. It didn't end up mattering anyway because Rahm had such a commanding lead so whatever I guess. Jon Rahm notched his 4th PGA Tour victory, he becomes the fifth-youngest player to reach #1 in the world and he becomes just the second player from Spain to get there

Those are literally the only things that matter now. Jon Rahm is a bad mother fucker (and sometimes an incredibly angry mother fucker) who finds himself atop the golf world. Not only that, but he did at a tournament that had some of the toughest course conditions in recent non-major memory and did it against one of the toughest fields in recent memory. That's gotta feel pretty damn good if you're Jon Rahm. Am I sad that Rory McIlroy is no longer the #1 ranked player in the world? Yes I am because I love Rory with all of my heart. However, am I happy the game of golf is so stacked with talent that the top spot is usually taken by a guy in their mid-20s? Also yes. Golf couldn't be in a better place.