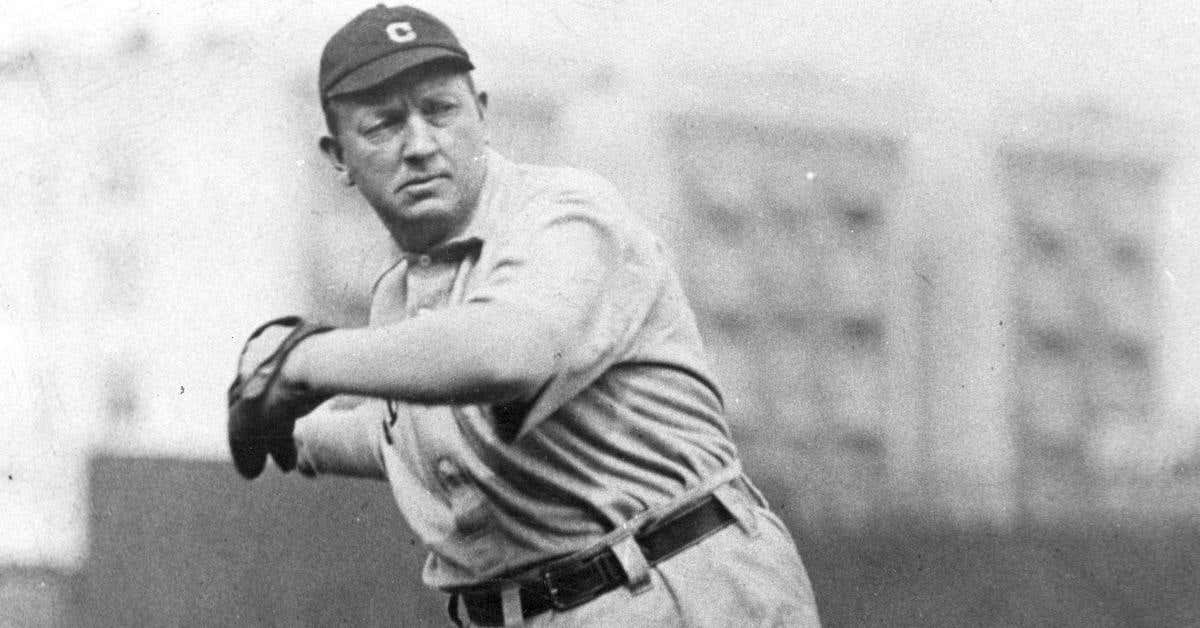 Cy Young of the Cleveland Naps reaches another milestone as he records his 500th career win. Young needs to pitch 11 innings for his 500th win, as the Naps beat the Washington Senators 5-2 at National Park. Cy Young would retire following the 1911 season with a record of 511-315, the most wins and most losses in MLB history. Cy Young’s 500 wins nearly 100 more than Walter Johnson, who ranks second at 417.

Denton True Young was born March 29, 1867, in Gilmore, Ohio. A local farm boy who was called Dent Young in his early days, he stopped his formal education to work on his family’s farm after the sixth grade. He did, however, save time for baseball in his free time, and learned to pitch. In 1889, he earned his nickname while pitching for a minor league team in Canton. While warming up one day, Young was warming up by throwing a ball against the fence. After reviewing the damage caused, someone remarked it looked like a cyclone had gone through. Reporters would catch wind of the story, and dubbed him Cyclone Young, which would late be shortened to Cy.

Cy Young was signed to play by the Cleveland Spiders in 1890. He was his debut on August 6, 1890, earning a win against the Chicago Cots. Young would post a record of 9-7 over the final two months of the 1890 season in 17 appearances. In 1891, his first full season, Cy Young posted a record of 27-22 a year later he won a career-high 36 games. In the 1890s, pitchers were used more often, as Cy Young appeared in more than 50 games in five of his first six full seasons with the Spiders. Cy Young would be part of the great Cleveland purge after the 1898 season as he ended the century with the St. Louis Perfectos.

After two seasons with St. Louis, Cy Young signed to play with Boston in the newly formed American League. The team that was called Americans and Pilgrims later became the Red Sox. In 1903, Cy Young would be on the mound for Boston in the first World Series game in 1903. As he did with the Spiders, Cy Young won more than 30 games in his first two seasons in Boston. Prior to the 1909 season, Cy Young was traded to the American League team in Cleveland, then called the Naps after their top player Napoleon Lajoie.

Cy Young struggled through much of the 1910 season, as went into the game with a 2-7 record on the season, surpassing 300 career losses. Cy Young game up a run in the first inning, while Doc Reisling had a shutout for Washington going into the ninth inning. The Naps finally got a pair of runs in the ninth, but Young with history in his hand gave up the tying run in the bottom of the ninth. The 43-year-old Young remained on the mound for the tenth inning, in the 11th Cleveland plated three runs against Bob Groom to take a 5-2 lead. Cy Young would go the distance for his 500th win.