I got into Last Chance U kinda late because I thought it was a scripted series the first few seasons before I was told it was essentially Hard Knocks for super talented kids that got kicked off D1 programs. Then I started watching it during my commutes to HQ and finished Seasons 1-3 in like a week. Season 4 came out as I was drowning as a dad getting used to having two kids, so I didn't watch it until the reviews came back "meh". Due to those aforementioned rugrats, I don't exactly have time to carve our hours of my life for meh programming.

HOWEVAH, Netflix pretty much locked up my eyeballs for 8 more hours when the glorious sound of those drums playing turned me into Pavlov's pooches drooling for some pigskin and saying this year's school will be the bad boy college that just so happens to reside in the middle of Oakland Raiders country.

Then I met Coach, who usually ends up being the star of Last Chance U, and started checking off all the boxes of Football Guy Bingo he displayed. 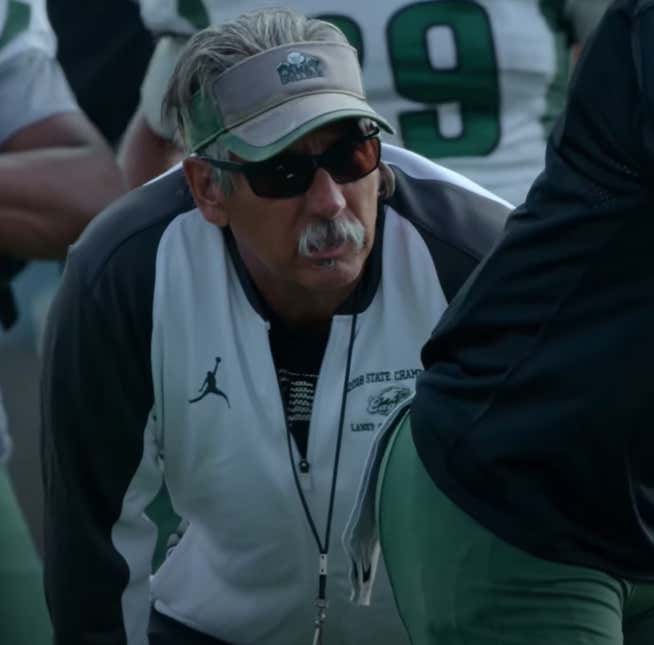 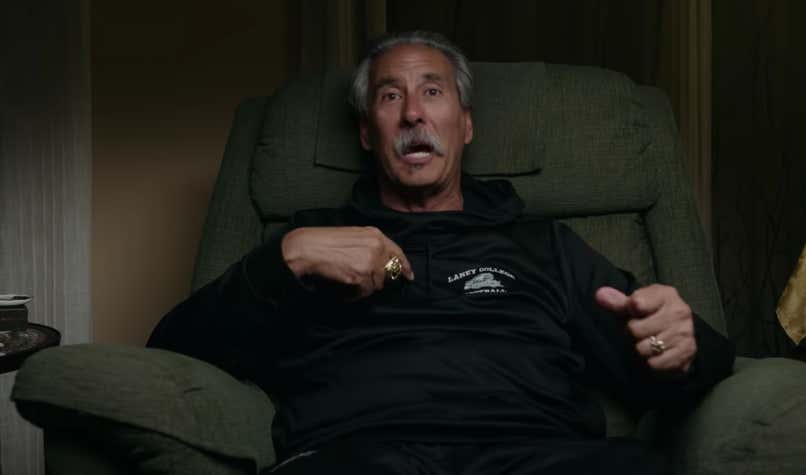 Gets around practice using ludicrous modes of transportation? 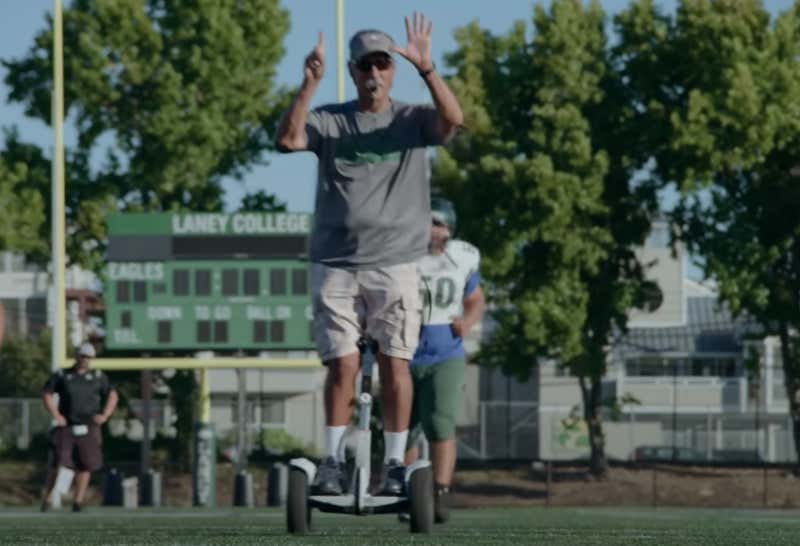 Pumps iron with the boys? 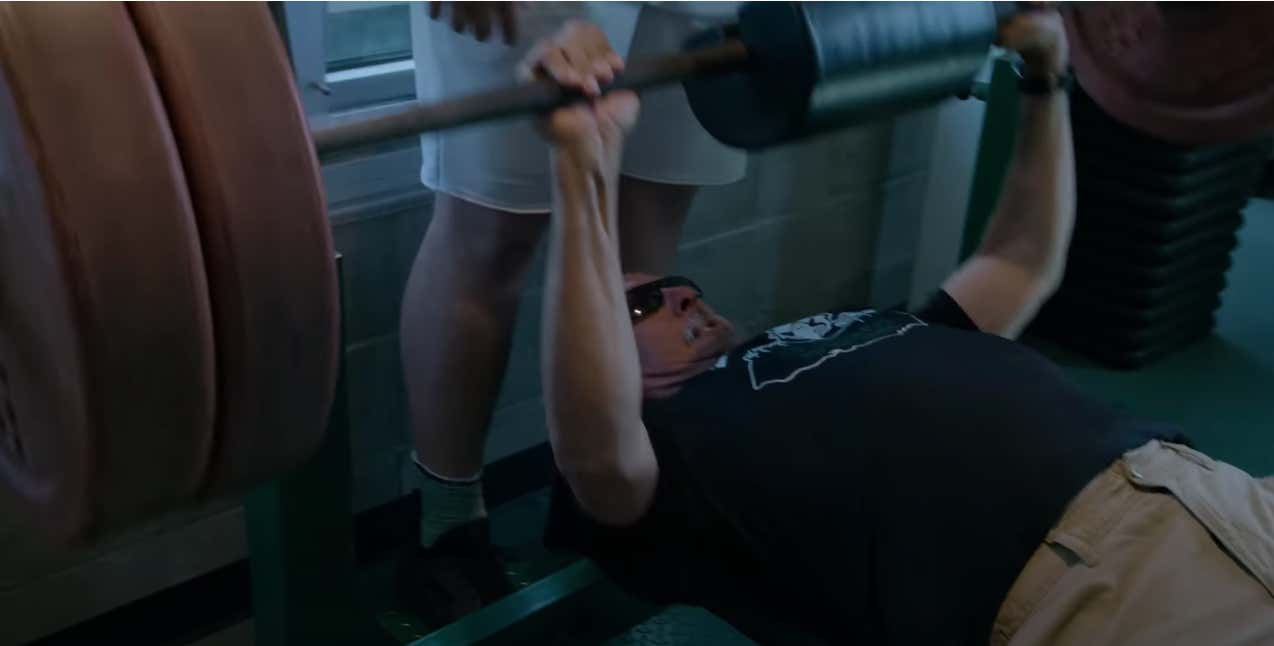 Is described as hyper competitor, even in games much smaller than football? 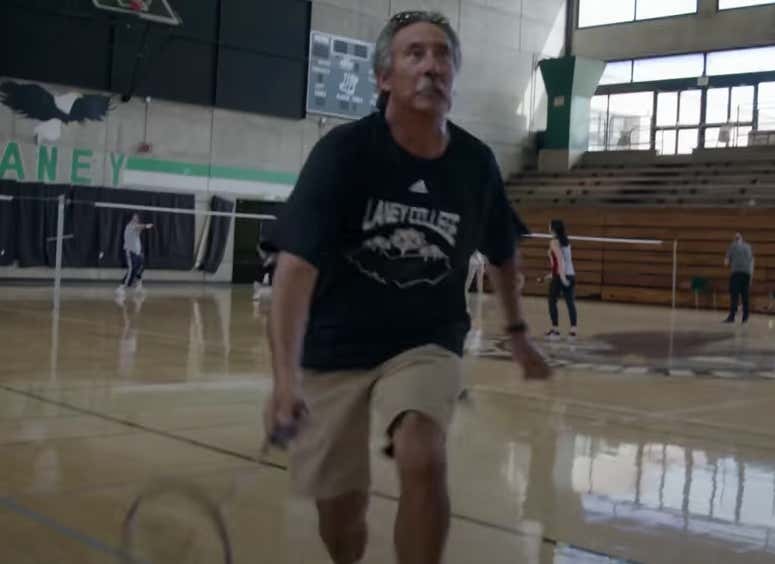 Pulls off a visor better than most people can pull off a hat? 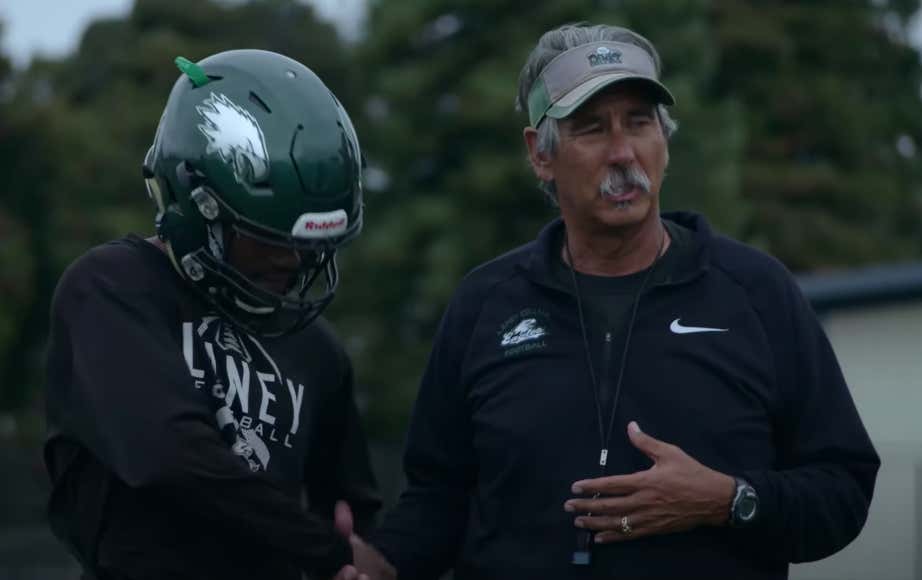 So yeah, I am all in on this season of Last Chance U and it's not just because this is the closest thing we will get to new football if people don't stop fucking around during this pandemic. It's because I think it actually looks good.

I know Netflix was rumored to be switching the series up to follow basketball teams. But I ask them to promise me they will go back to football if when my guy Davern Williams gets a head coaching job, no matter what division it's in because that guy is my favorite coach this side of Coach Judge.

In related news, I hope that fan that roared like a lion at people is gonna be okay this fall if there is no football.