Say it ain't so. Sir Robert Bryson Hall II, aka Psychological, aka Bobby Boy, aka Logic is officially retiring from the rap game. As much as it sucks, it doesn't surprise me. I remember the first time I heard about Logic. During my Sophomore year at Fishers High School, my friend Whitty was telling me all about Logic and how he's one of the most underrated rappers. I didn't check him out until my senior year when I was painting God knows what in art class. This has nothing to do with Logic but now that I'm taking a trip down memory lane, I forgot that my art teacher was unbelievably thicc. Good god.

Anyways, I downloaded Logic's first album 'Under Pressure' in art class and I was hooked. I went back to his old mixtapes on Datpiff (holy throwback) and downloaded all of his Young Sinatra tapes. They were and still are masterpieces. This was prime Logic! Just straight up spitting BARS and never taking a breath. Since then, I've been to 7 Logic shows, met him once at a Meet and Greet, and met him again after waiting an hour after his show. 100% a fanboy. 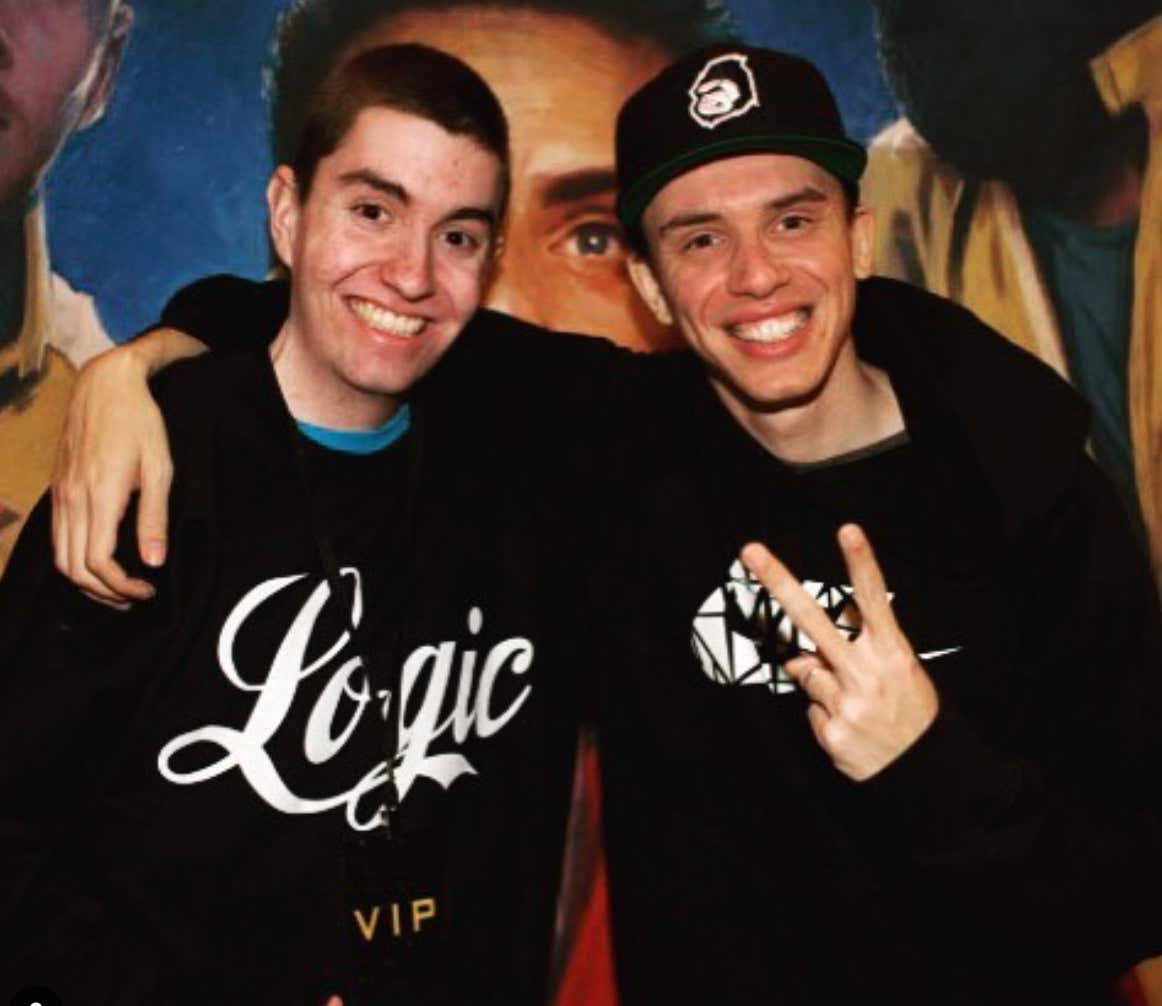 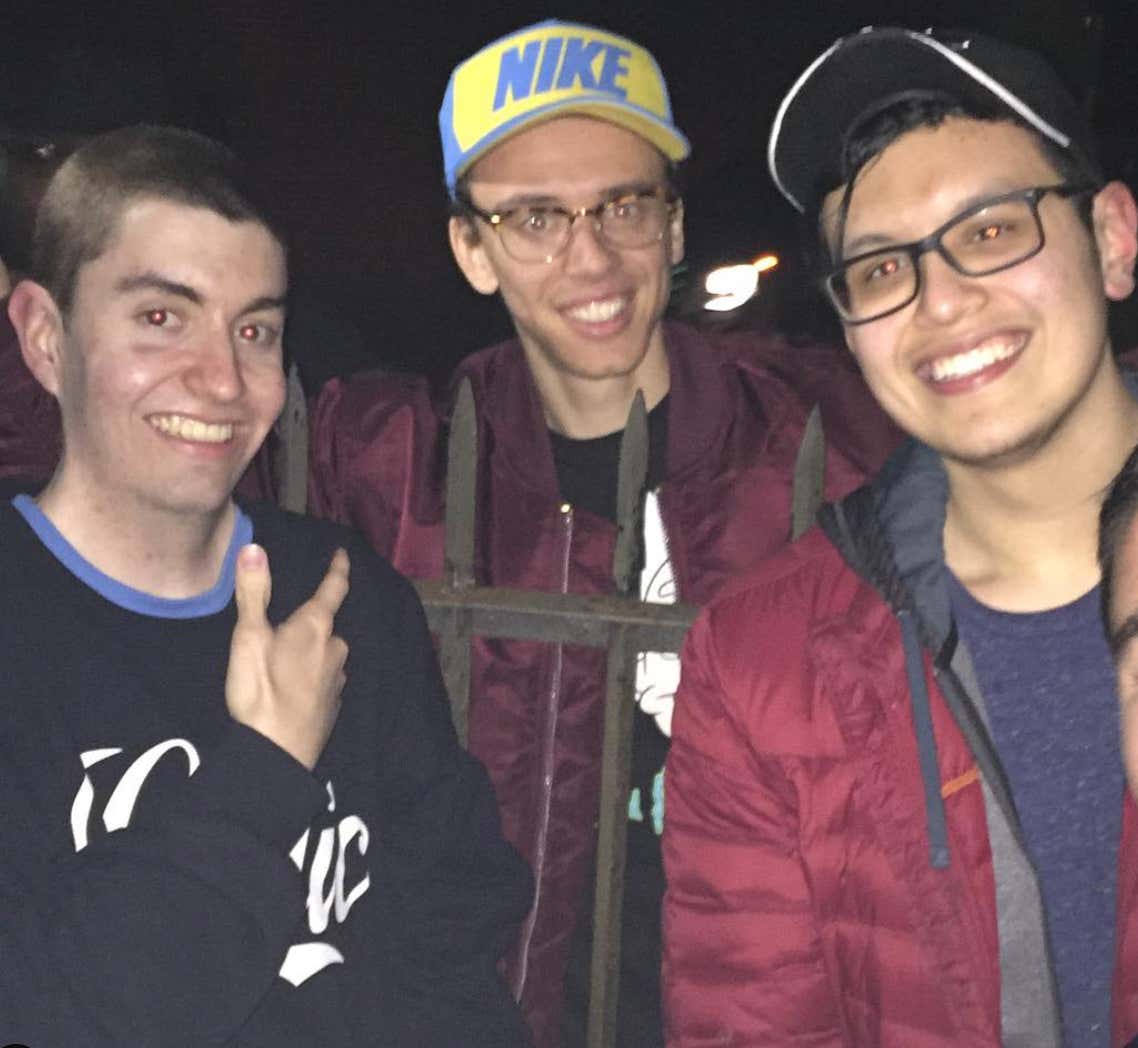 As someone who's been following Logic for many years, I've felt like this announcement was coming sooner than later. He hasn't put out a song since October of 2019, he deleted his social media back in March (brought it back last night) and has made it clear he's spending a lot of time with his newborn son. As a Logic stan, I respect the hell out of his retirement for two reasons.

1. Usually when a rapper "retires", they eventually come back and drop a single and start to feature in other artists' songs. Take Lupe Fiasco and Childish Gambino for example. Lupe has retired damn near 5 times and Gambino just dropped a new project like a month ago. So this gives me hope the 30 year old can hop back in the booth whenever he's feeling it. True Logic fans know he isn't done with his rap career until he releases 'Ultra 85'.

2. From his Young Sinatra days to now, Logic has nothing else to prove. He's told his stories from growing up in Gaithersburg Maryland, he's talked about his struggles from the way he looks and from his living situation, and he's put out billboard hits hits like the suicide hotline song. He's even written a book called 'Supermarket' that was pretty damn good. He's got more work up his sleeve and this is only the beginning for whatever his new hobby will be.

I always say there's Logic fans, and there's old Logic fans. I'm going to keep it real and say a majority of you guys, if anything, would be "old Logic fans" and that's fine! His projects from Young Sinatra to The Incredible True Story are all great! But it was easy to tell a lot of people started dropping Logic when his album 'Everybody' released. Since then, many critics say his music was never the same and it became too mainstream. It's all "Logic sucks bro" "He's corny as hell". Realistically, I can see that side. But I'm not just a fan of his music, I'm a fan of his talent, the way he treats people and his fans, and how authentic he is. So even if he puts something out that isn't his best, I'm still going to check it out. He's truly been an inspiration to me and he's one of those artists that I've felt related to for a long time and felt like I was a part of his journey.

With all of that being said, it's only right to head into the weekend as I'll list and break down my top 10 favorite Logic songs. All of these records are throwbacks and I 100% guarantee you will enjoy them all.

Gang Related is the greatest fast tempo song I've ever heard. I've been trying to stay on the same pace as him for 8 years and I still can't keep up. Mostly due to the factor I stutter, but this song is amazing.

There was no better duo than Logic and Castro (who now goes by Shy Grey). They've put out a handful of hits, but Ballin will always be #1 banger.

Another deadly combo! Dizzy Wright is a phenomenal underground rapper that deserves more recognition. These guys went back and forth creating a masterpiece drawn from the inspiration of Star Wars.

This is a sleeper right here! Big K.R.I.T is a legend. The transition from Logic's fast ass to K.R.I.T's verse is too smooth. One of my favorite quotes comes from Top Ten:

They probably expecting that shit for the first album, man fuck that
They'll say that I changed
And I'll say I had to show 'em my range
Cause if I do what I did then they'll say it's the same
Just can't win in this game

So true. Whenever an artist pops off and decides to try something new, they get shit on and everyone immediately says "He's not the same anymore! I miss the old him".

This is one of those songs where if you listened to Logics music today and then randomly heard this, you'd say "THIS is Logic?"

Probably my favorite relaxed song from Bobby. Such a simple beat, very relaxed tone, and the lyrics are very deep too. Lucy Rose and Logic are a great combo and their voices together are perfect.

Might need to fact check me on this but I believe this is Kevin Durant's favorite song from Logic. I remember him tweeting out these lyrics wayyy back. Durant is also from Maryland so it makes sense the two support each other. Numbers will always go down as one of Logic's best songs in my mind.

I wanted to put this at 2 so bad, but we'll get to that in a second. The trilogy of Young Sinatra kept getting better and better. 1 was solid, 2 bumped more, but this one right here put the icing on the cake. There's also a Young Sinatra 4 but it wasn't the same as the first 3, and I wish he stopped at this one. This song right here is the perfect example of the type of Logic I enjoy the most.

100% the greatest music video and best song he's ever put out! I know I have it at #2, but #1 means the most to me. Listening to the album 'Under Pressure' makes you realize Logic finally found a name for himself and is a project or 2 away from being one of the most trendy rappers in the game. This music video is so freaking dope. It has that Call Of Duty campaign feel and it's all in one take! There's even a cameo from Nadeshot if you look closely. Under Pressure is the one of those songs I can know word by word and it's great for any situation. Especially a workout.

I'm excited to listen to No Pressure next week. Whether it's really his last album or not, it's going to be bittersweet to hear it. Enjoy your weekend and I hope some of these songs made you hit replay.