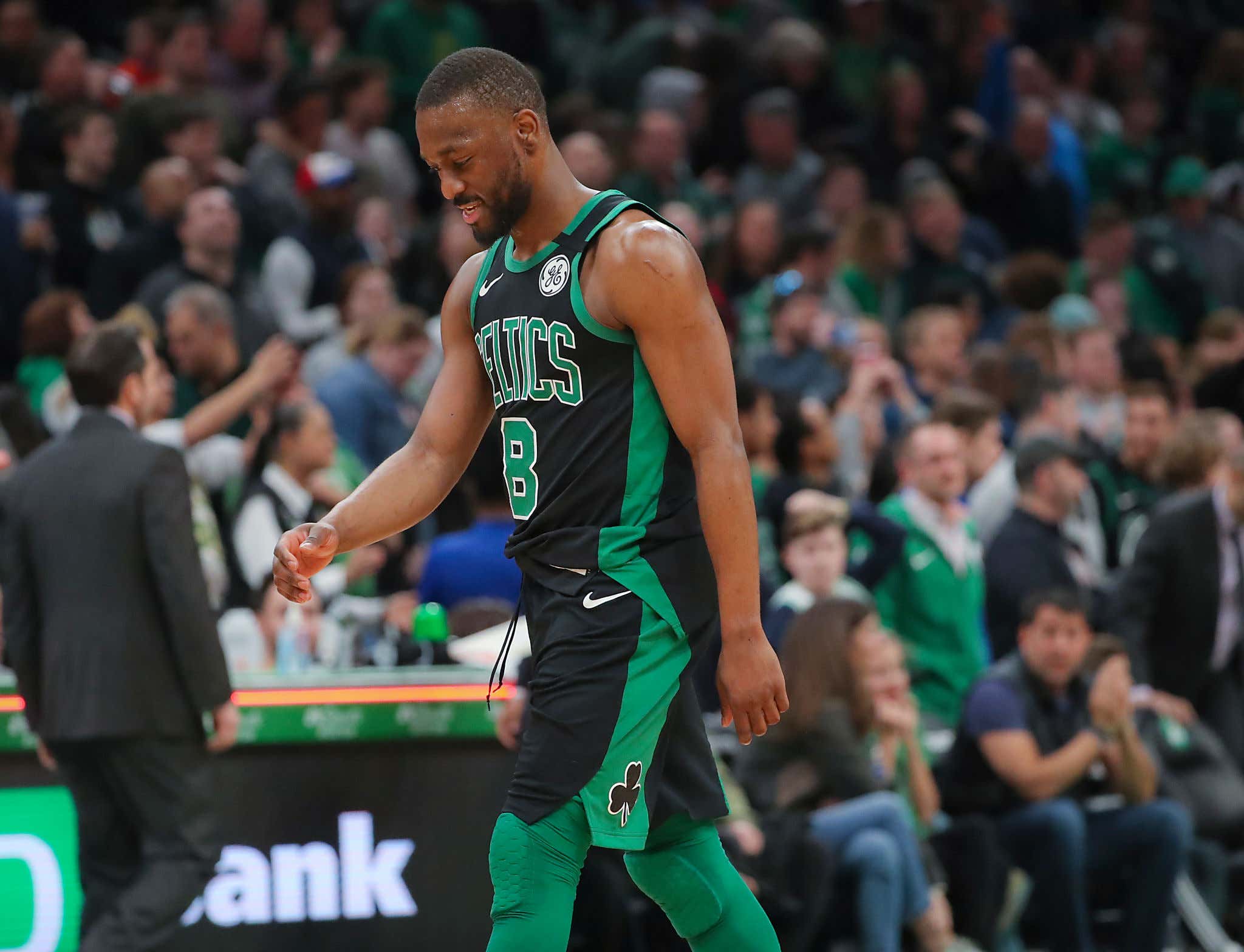 With all the shit flying around about the health of Kemba's knee, who knows what to believe. He's not practicing and the team has him on some sort of "plan", but then players are saying he looks great. The whole thing makes me nervous to my core and I'm definitely not alone. Especially given what we've lived through when it comes to point guard injuries.

So what can the Celtics do if they have to survive without Kemba as a worst case scenario? Or at the very least what can they do to maybe take the pressure off him when it comes to usage? Luckily there are metrics/film out there that give Brad a couple options. Let's talk about some of em.

You know who doesn't get enough love as a facilitator? Marcus Smart. Known more for his winning plays and All NBA caliber defense, do not sleep on what he can do as an initiator for this offense. He's basically this team's 6th starter and when it comes to the playoffs it wouldn't shock me if Brad throws out lineups with Marcus running the point and has Kemba more off ball.

Here's what we know. Marcus Smart ranks in the 92nd percentile as a P&R ball handler. That's pretty fucking good. Brad should feel comfortable with Smart initiating this set because he's shown the ability to make the right play whether it's going to be finding Daniel Theis as a roll man

or making the right reads out of the P&R to find shooters. I think something we'll see a lot from Smart as he fills in for Kemba is a set like this. They run it a ton

What makes Smart dangerous as a passer is he has good size to where you can have him post up against opposing guards, and then since they could be without Kemba's dribble drive finding ways to get guys open like that high Grant screen is going to be important. Having someone like Smart who sees the floor well and can find the shooter will be key.

The Celts are a team that runs the 6th most P&R in the NBA, so in my opinion Smart's role in that set becomes pretty valuable.

Despite all the hate he still gets, there is no denying one of Hayward's biggest strengths is his versatility. Well just like Smart thrives in the P&R, Hayward is just as nails when it comes to isolation. Did you know he ranks in the 93rd percentile and averages 1.16 points per iso possession while shooting 52.8%? You do now. This season Kemba ran iso around 7.1% of his possessions. If he's hobbled and doesn't have that same burst, I would suggest Brad runs that shit through Hayward. He ran it about 6.0% so it's not all that much of a difference.

What makes Hayward so good when it comes to iso is the variety of ways he can score. He can hit you with the midrange with ease

I'd say the biggest difference in this year's Hayward is that his first step in quickness is a whole lot better and that's made a huge difference in his offensive arsenal. For comparison, Hayward ranked in the 22nd percentile in iso last year and shot 35%. Now he's 92nd. That's fucking MASSIVE.

A big part of Jaylen's leap this year has to do with the fact that he's way more in control offensively. He's proven to be a three level scorer which is why he averages 20 a night, but one of the sneaky underrated parts of his game for me is his post up ability. I;m not kidding, it's big time elite. Like 94th percentile while shooting 63.5% elite. Jaylen has figured out how to use his size against opposing wings and can either overpower them in the block, or come out of a post up with an unstoppable fadeaway

The biggest reason for this success in my opinion is the level of patience Jaylen now has on offense. Things aren't rushed like they were in previous years. So, if the goal is to find ways to score efficiently to replace Kemba's offensive production, running Jaylen in the post is a great option.

Now, if Kemba suits up but shows he doesn't have that same burst, it's pretty clear the Celts should move him off ball. He shoots 41.1% from three on the season in catch and shoot situations, and has an eFG% of 61.5%. Obviously the one thing we know is that defenses are going to trap both Kemba and Tatum whenever they have the ball. So if you're going to take the ball out of Kemba's hands in favor or someone like Tatum, this team needs to be ready to read and react to that defense.

Chances are Kemba will need help getting open, which is where the off ball high screen comes into play. It looks like this

The whole goal should be to find ways to get Kemba easy off ball looks that don't overly rely on his quickness or athleticism. That high screen from Kanter/Theis is something Brad should run a ton. Especially with a condensed schedule and the uncertainty how his knee will respond.

I can't lie, when I initially heard all the shit surrounding Kemba's knee yesterday, I officially became nervous. But then I sat down and looked through things and while it's certainly not ideal that your All Star point guard might be hurt, there are absolutely things this team can do to pick up the slack if things go south. If there's one thing they've showed us is their ability to win as the Hospital Celtics is back to being elite. So if you were like me and were big time nervous about the status of that goddamn knee, hopefully this blog makes you feel a little bit better. Versatility is the name of the game in the NBA in 2020, and that just so happens to be the Celtics biggest strength.

Hopefully we'll have nothing to worry about, but if they need to adjust on the fly offensively, Brad should feel confident about his options.