As I'm sure you heard, Twitter was BIG time hacked yesterday. It started with this Elon Musk tweet: 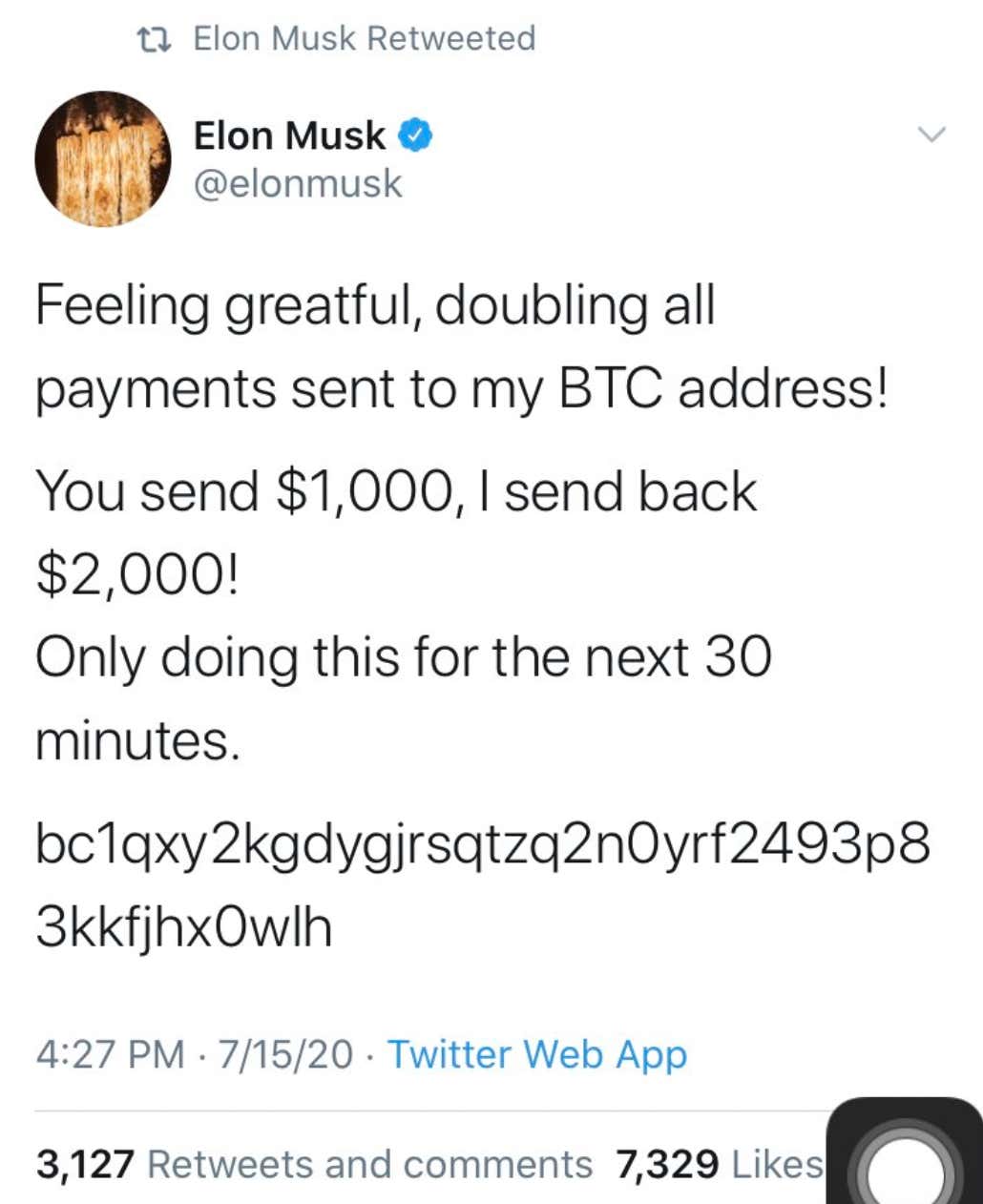 And then Bill Gates: 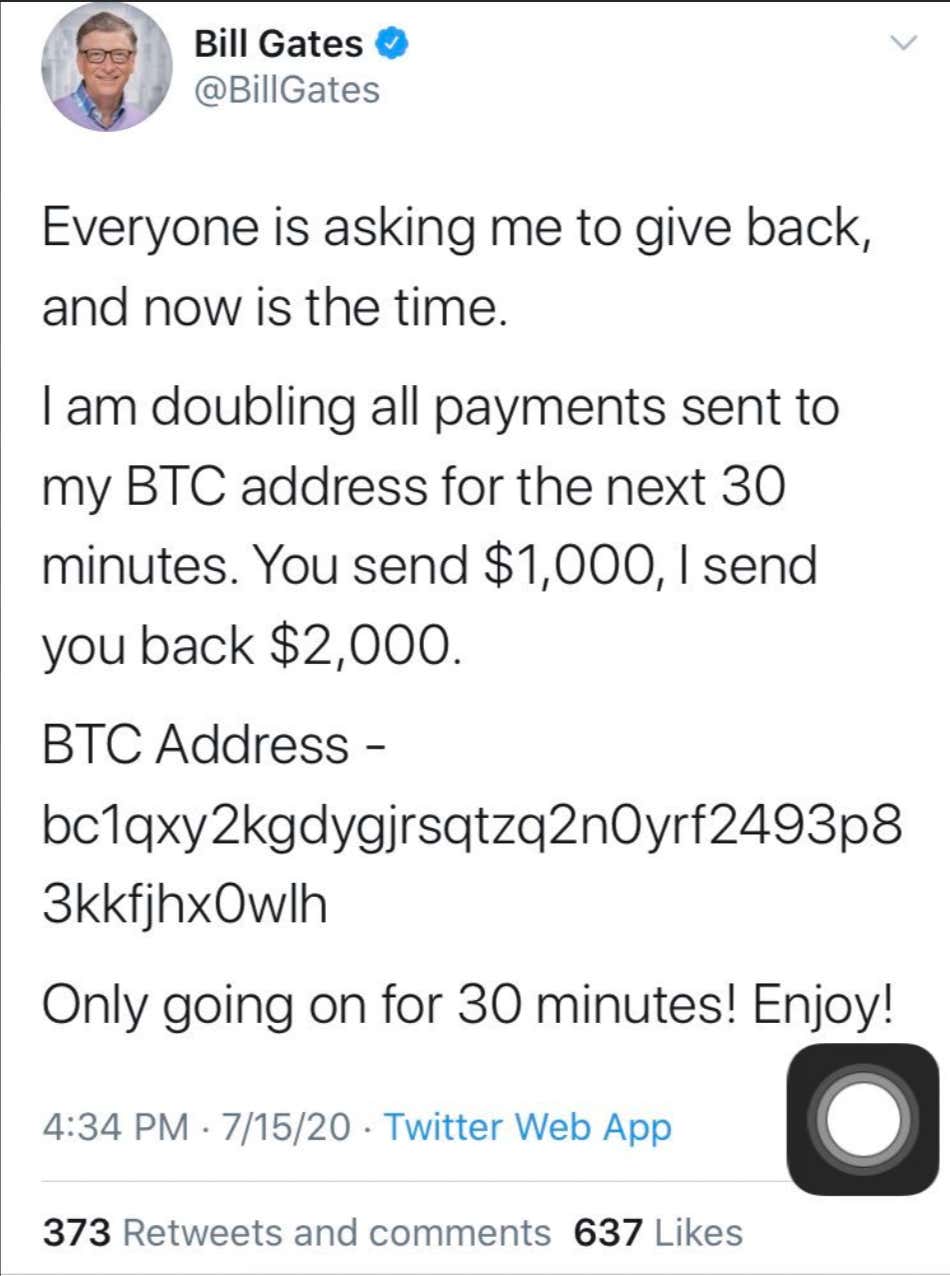 Followed by none other than Kanye West: 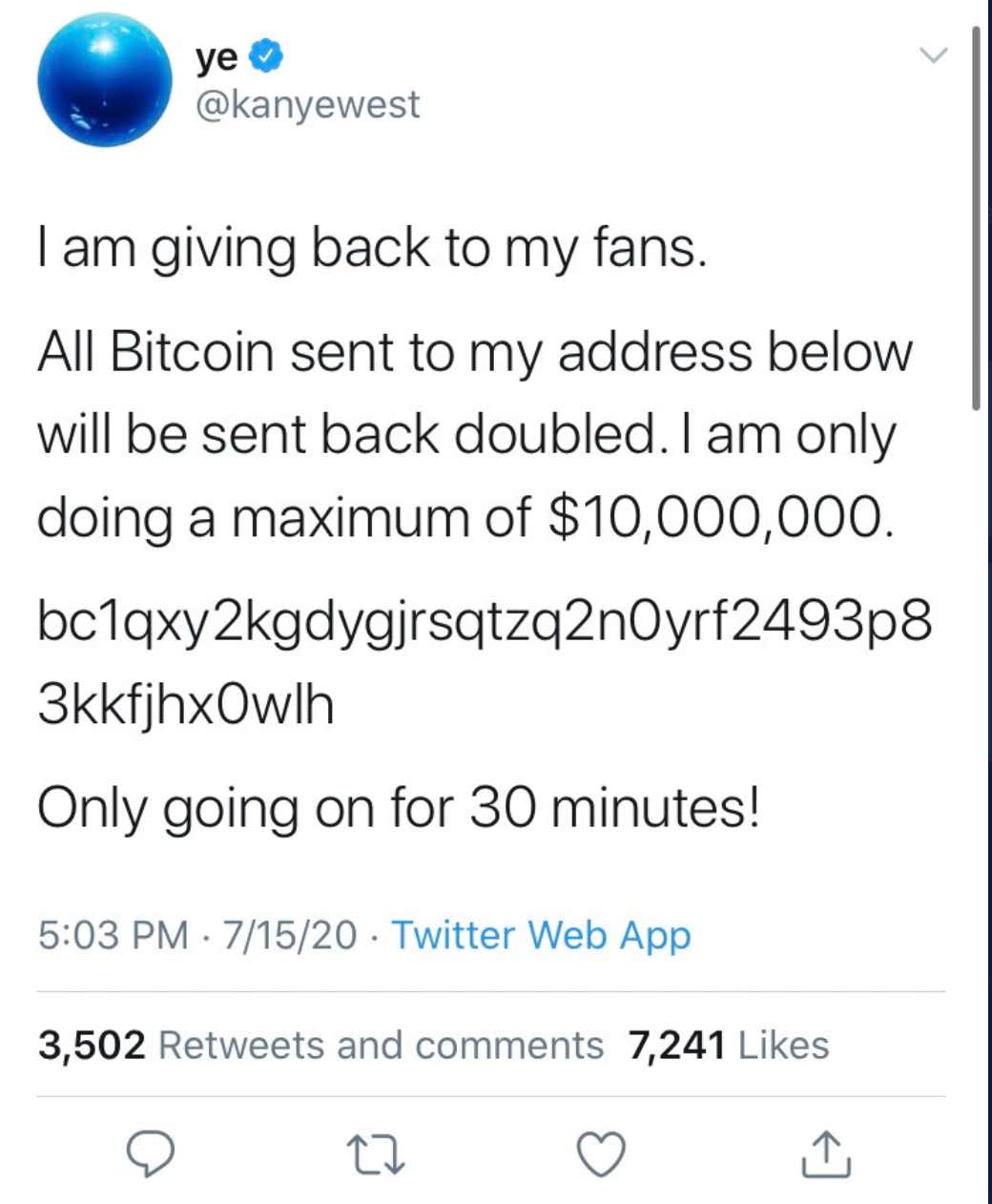 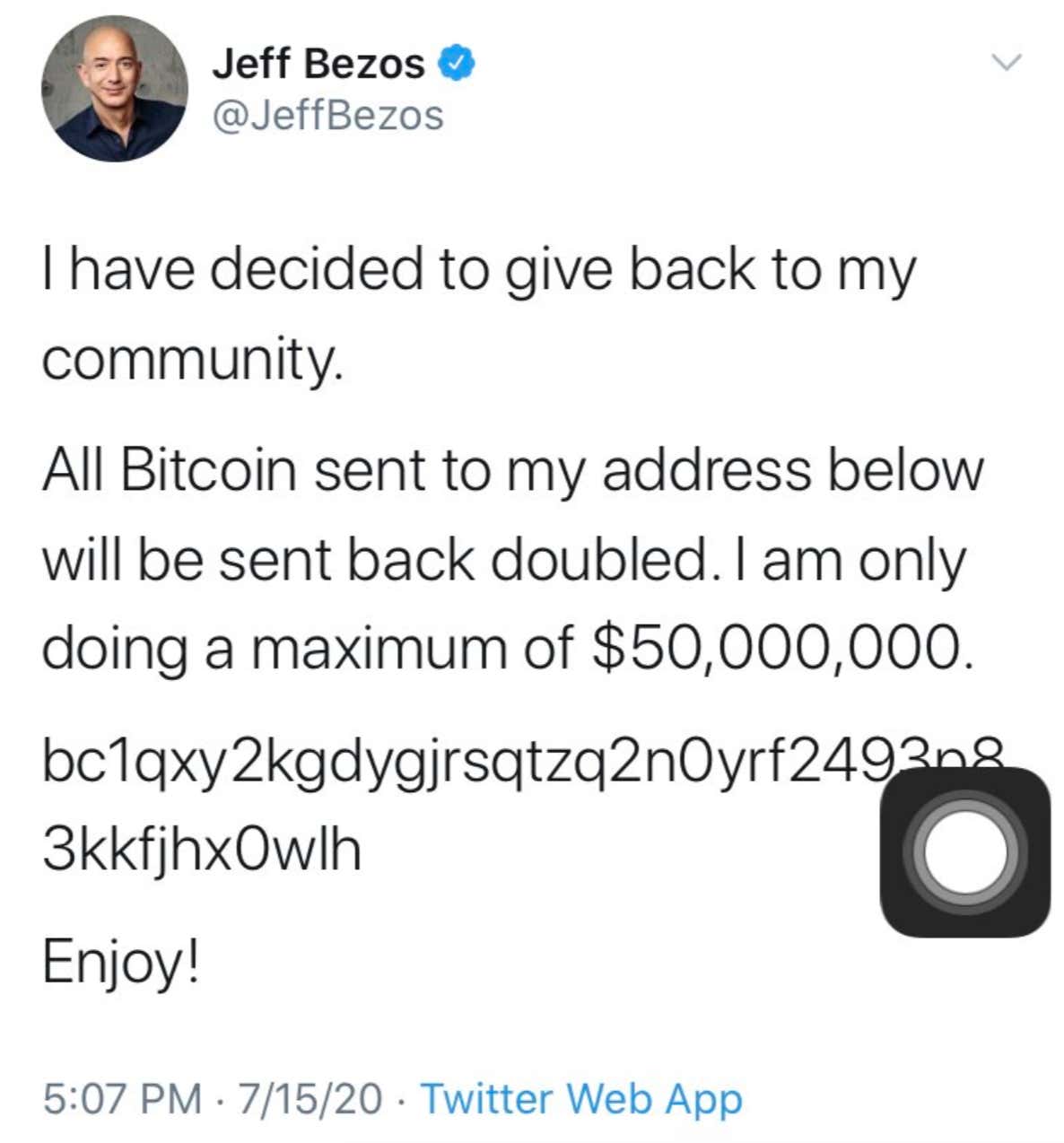 Twitter eventually went on to shut down the ability of all verified accounts from tweeting for an hour or so.

How much did these hackers get away with? Let's take a look at their wallet on the blockchain:

As we can see in "final balance," the wallet that was used during the hack has sent pretty much all of their money elsewhere. Smart. Other hackers having their wallet information isn't something you want. I assume this is a hardware wallet (not held on an exchange like Coinbase or Cash App), so that would be pretty hard to hack, but nonetheless.

In total, this wallet received 12.87 BTC, so around 117k. I bet the more valuable info came if they got the DMs of the verified accounts they hacked.

Anyways, be safe out there. Never know when you're gonna get hacked....unless your money is in Bitcoin, which has never been hacked.